FAQs: the Humanitarian Crisis at Our Border

Every day, hundreds of migrant families are being released from detention and dropped off at bus stations and public parks — with no money, no food, and no support system. Pregnant mothers, toddlers, and young children are among the most vulnerable.

The government currently has no infrastructure in place to address this crisis, leaving these families at the mercy of the unfamiliar communities in which they’re being released.

Now a humanitarian crisis is unfolding as Immigration and Customs Enforcement (ICE) has released more than 14,500 individuals—mothers, fathers, and children—since late December 2018. LIRS partners on the ground are reporting as many as 700 families per day being released, with that number forecasted to increase in the coming weeks.

Why Is It Happening?

Many migrant children and families who come to our borders are fleeing Honduras, El Salvador, and Guatemala, as these countries in Central America face systemic issues with violence, corruption, and drug trafficking. Under U.S. federal law, these families have the right to seek asylum and to be interviewed about their fear of persecution.

If, during this interview, a person or family demonstrates a credible fear, they are released from detention to move freely about the community as their case moves through the immigration system.

The government, however, has not accounted for the recent volume of releases or considered the vulnerable state in which these families are being released. The lack of support system for these families presents these communities with a dire public health crisis.

What Is LIRS Doing About It?

In response to this crisis, LIRS (Lutheran Immigration and Refugee Service) has launched LIRS Safe Haven: Emergency Support for Asylum-Seeking Families. Rolled out over the last month, our Safe Haven program is designed to ensure these vulnerable families are warmly welcomed by a community of churches and volunteers and that they receive shelter, food, clothes, and other essentials before traveling onward to their final destinations across the United States.

LIRS Safe Haven will coordinate and support the delivery of the following life-saving resources and services to vulnerable children and families:

How Can I Help?

Without government support, LIRS Safe Haven is made possible entirely through donations from supporters. With your help, LIRS can continue to coordinate and support programs that provide humanitarian care and deliver essential services to vulnerable immigrant families, and further expand our capacity and programming. 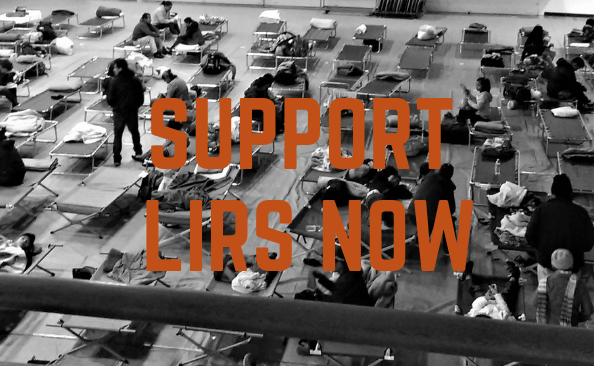 1 thought on “FAQs: the Humanitarian Crisis at Our Border”