A Place to ‘Love, Learn, and Play’ – Through Courageous Eyes

This week we feature two young women of St. Louis, Missouri who work with Friends Of Refugees And Immigrants, or FORAI. This is the same non-profit that this series featured a few weeks ago in the post “Something With Their Hands.”

Ashika and Madhavi are two of the former refugees who now work at FORAI – Friends Of Refugees And Immigrants – the St. Louis non-profit organization that supports refugee and immigrant women as they learn new skills, create and sell products, and form a community of artisans and volunteers. At FORAI, each artisan works with volunteers to learn skills like sewing and jewelry making that will help her create a variety of products and gain a stable income.

Ashika was only fifteen years old on July 6, 2010, when her family was finally resettled in the United States, joining some of her mother’s relatives who had previously made the move. From refugee camps in Nepal where Ashika had lived her entire life, they moved to St. Louis, Missouri. Despite the relief of being able to leave the refugee camp, Ashika says the hardest part of moving was leaving her friends behind.

Before Ashika was born, her family lived in Bhutan, but they were forced to flee along with tens of thousands of Lhotsampas, the Bhutanese people of Nepalese background. Most of them ended up in camps along the border of Nepal. Thus, she was born a refugee in Nepal after her family was forced to flee from Bhutan.

The Bhutanese government began severe persecution and punishment of the Lhotsampas, who are Hindu and ethnically Nepalese, in the 1980s. They were denied Bhutanese citizenship, became stateless, and fled to camps in neighboring Nepal, where many have lived for over two decades.

Madhavi is another artisan who works with FORAI. Though they didn’t know each other before meeting though FORAI, Ashika and Madhavi have a similar story of life in the refugee camp before moving to St. Louis. Madhavi was also a teenager who moved to St. Louis after living in a camp in Nepal all her life.

When asked about someone she admires or who has influenced her, Madhavi mentioned her aunt, who picked up her family when they arrived in St. Louis. The two are very close and she has made a “big impact” on Madhavi’s life.

Ashika thought of her parents whom she saw working hard for their children to have a chance for a better education and life. She wants to help them, but says that they don’t allow her to work right now so that she can focus her energy on her university studies. 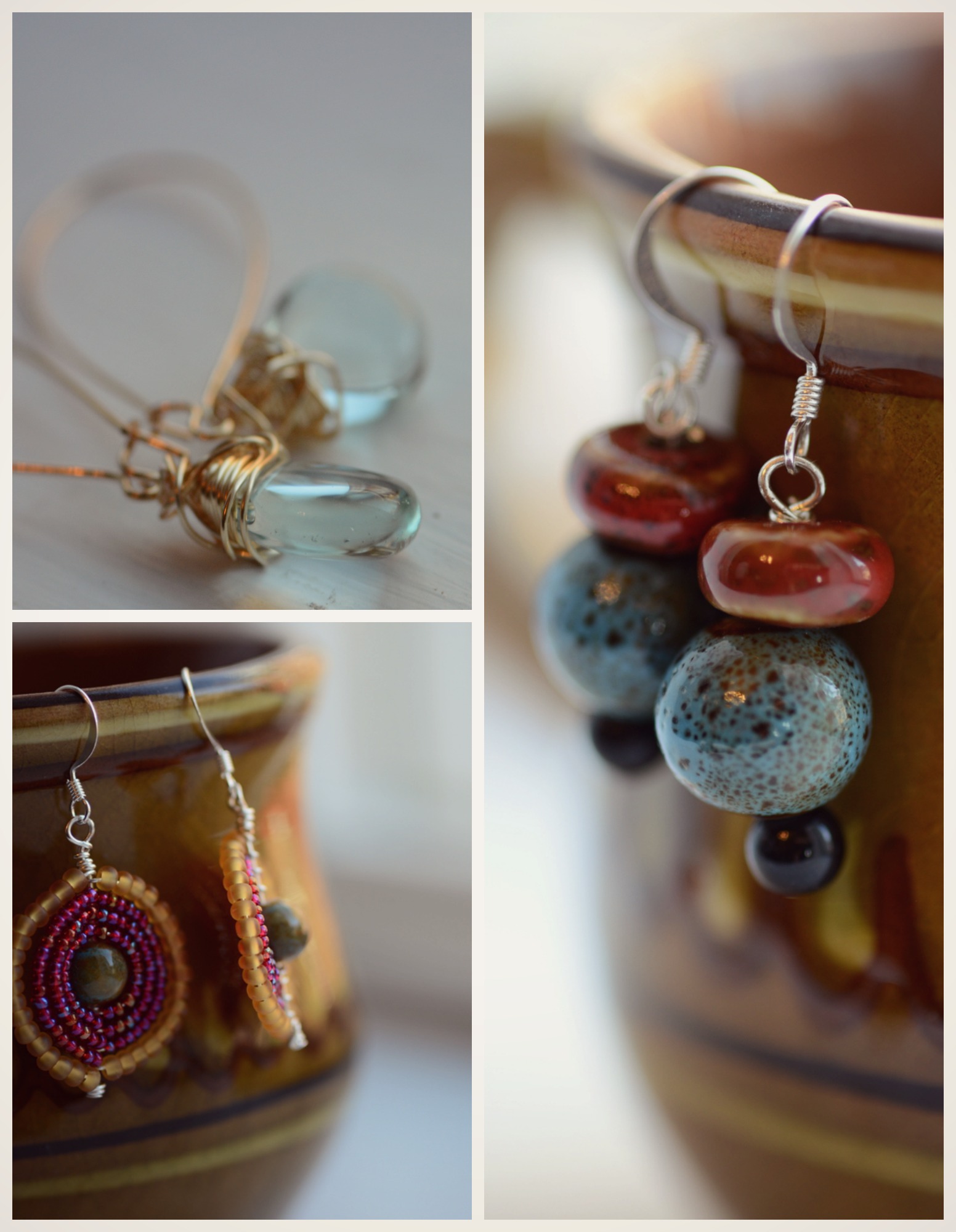 Both women have learned to make jewelry through the program at FORAI. Madhavi also learned how to sew since joining the group. When I asked about her favorite product she responded “All of it!” but added that she especially likes the wrapped teardrop earrings.

Ashika explains that she has learned teamwork and made friends at FORAI. She has a “small FORAI family where we can love, learn, and play” and also “have parties.” Necklaces are her favorite to make, but she also enjoys “making new things and learning new designs.”

To read more about the Friends Of Refugees And Immigrants and see their selection of clothing, jewelry, and textiles visit the FORAI Crafts site.