Nyamal Tutdeal is a former refugee from South Sudan who was resettled in Sioux Falls, South Dakota in 1996. In 2014, you wouldn’t have heard that because she was reluctant to share her story. But now, two years later, she is a tireless advocate for immigrant and refugee rights and an active member of the LIRS Migrant and Refugee Leadership Academy. I had the chance to speak with Nyamal about her experiences with the Academy, how she has grown as a leader, and her future plans.

The Impact of the Academy

This summer will be Nyamal’s third time participating in the Academy. She first attended in 2014 as a participant, was on the planning committee in 2015, and is again a member of this year’s Academy planning committee. She says, “after attending the [2014] Academy I definitely noticed a growth in my leadership capability.” Before attending the Academy, Nyamal was not open to sharing her refugee story with others. But she adds, “the tools that we learned at the Academy about sharing your story as a form of advocacy made me a lot more comfortable with speaking out.”

Despite the anti-refugee and anti-immigrant rhetoric right now, Nyamal is not shy about speaking up to remind people of all of the positive influences that refugees and migrants contribute to this country. She encourages everyone to welcome refugees with open arms and a smile. Refugees have left everything to come to this country, so she hopes we will show them that humanity still exists and there are Americans who want them to be here, to thrive, and to become fellow Americans.

Growth as a Leader

Since the 2014 Academy, Nyamal has continued to share her story and be engaged in advocacy for migrants and refugees. She has had numerous speaking engagements, including this past spring on a panel discussion about the Lost Boys and Girls of Sudan facilitated by U.S. representative Karen Bass. Here she spoke to the challenges faced by women and girls while fleeing violence in South Sudan. 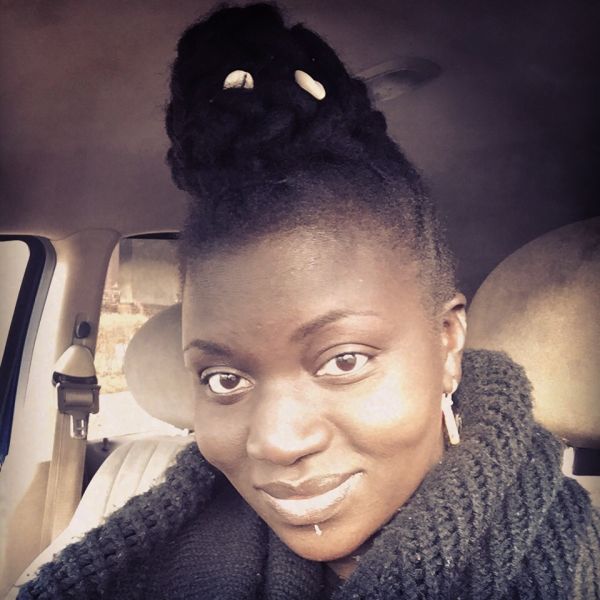 Nyamal co-founded an NGO called the Nyaeden Foundation with Kuoth Wiel, another participant at the 2014 Academy. The mission of Nyaeden is to provide basic survival items, like personal hygiene kits, to women and girls in refugee camps throughout Africa. Nyamal recently completed the Lincoln Half Marathon, which she ran in order to bring awareness to the conflict in South Sudan and to raise funds for the Nyaeden Foundation in their current donation campaign.

Nyamal also volunteers with community organizations because she recognizes the need to give back to the community that welcomed her to this country. She has served as a mentor for Native American youth of the Ponca tribe in Nebraska. Of her mentees, she says, “although they are Americans, their walk is very similar to refugees.” Native American youth face “lots of the same issues as resettled refugees” which allowed her to connect with her mentees on a deeper level.

This past winter, Nyamal graduated from Doane University in Nebraska with a degree in human relations where she researched stigmas surrounding mental health in the refugee community. This fall she will begin a master’s degree in international peace and conflict resolution at Arcadia University in Pennsylvania. One day Nyamal hopes to use this degree to serve refugee populations by working for UNHCR, the U.N. Refugee Agency. She says, “As a child, I remember how it felt to be helped by [UNHCR]. The ultimate gift is to help and to be a positive influence in the organization that first helped you.”

This year, Nyamal again joined the planning committee for the Academy and as such has been assisting with the development of storytelling and advocacy training sessions. From being on the Academy planning committee in the past, she says she, “learned the importance of working as a team with other people who are passionate and have the same goal of supporting migrants and refugees.”

During the 2016 Academy, which will be held in Washington, D.C. on June 18-20th, Nyamal will be facilitating a session on identifying the challenges and needs of refugees, and how to organize the community in order to meet those needs.

Find out more about the Academy by following LIRS on Twitter and visiting our Facebook page. We’ll be using #LIRSacademy in our tweets!