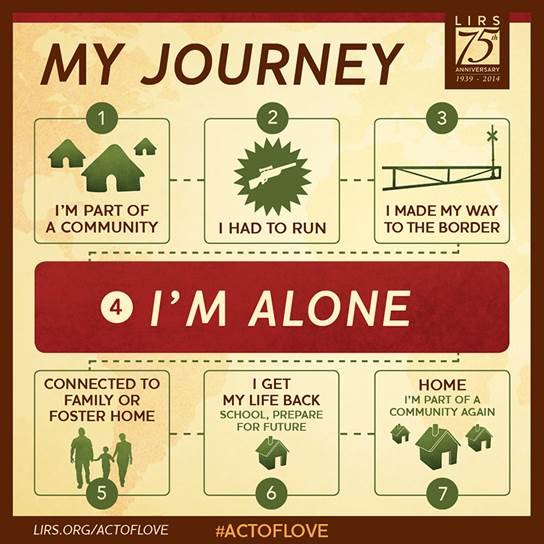 A group of passionate young adults stood in front of members of the press and presented a petition addressed to President Obama, Senator Reid, and Speaker Boehner. The petition requests emergency funds to aid the growing number of unaccompanied children who are crossing the southern border of the United States on a daily basis. In addition to the young adults, Luther College campus pastor David Vasquez provided a faith-based message incorporating the testimony of one young person who had personally made the courageous journey.

Unaccompanied migrant children are children who enter the United States without a parent or guardian and without lawful immigration status. These children, the majority of whom are from the Central American countries of Guatemala, Honduras, and El Salvador, often embark on a dangerous journey from their home countries. Their reasons to flee are complex and can include violence, domestic abuse, human trafficking, family reunification, and poverty. Upon arrival in the United States, the children desperately need basic supplies and care. As of August 2012, LIRS was able to provide transitional foster care for approximately 137 children, but with at least 60,000 children anticipated to cross the border in 2014, the resources offered are just not enough to meet the needs.

The young ambassadors leading the campaign hope to draw attention to this issue and to spread awareness by engaging other youth of all ages through various sources of social media including Facebook, Twitter, and Instagram. They are also advocating for the requests outlined in the petition which include:

Join the #ActofLove movement and sign the petition. Follow-up by posting to your social media sites using a photo of yourself making a heart with your hands and be sure to include #ActofLove.