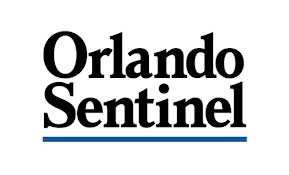 I’m excited to share an op-ed in today’s Orlando Sentinel by President Gregory S. Walton, who has served as a pastor in the Lutheran Church-Missouri Synod (LCMS) for more than 25 years. He is the district president for more than 200 LCMS churches in Florida and Georgia.

Op-eds like President Walton’s are critical to spreading the word about the urgent need for immigration reform, especially in key states such as Florida. Please read the entire piece, “Bipartisan Senate Bill Would Benefit Newcomers, Citizens,” leave a supportive comment, promote it via Facebook and other social media, and send the link to your friends, colleagues, and family!

As an Orlando resident and president of the Florida-Georgia District of the Lutheran Church-Missouri Synod, I’m struck by how much our city and state could benefit from fair and humane immigration reform. Our broken immigration system needs fixing now — in a way that keeps families together, because that is vital to our congregations and communities.

We’re very grateful to President Walton for speaking up for immigrants and refugees in Florida, where so much is at stake for the Senate immigration bill, S.744!