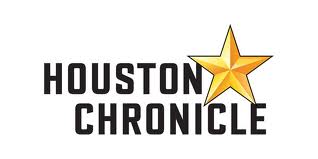 Two of our great friends and allies, Bishop  Michael Rinehart and Rev. Mark Junkans, this week helped swing the needle of public opinion in  Texas.

They did it through spreading pro-immigration reform perspectives via the Houston Chronicle. Ken Chitwood, who covers religion in his column Sacred Duty, was kind enough to examine their positions in his June 18 piece “Local Evangelicals Speak Out About Immigration Reform.”

I’m very grateful, because Texas is a state whose elected officials badly need to hear from their constituents about the urgent need for immigration reform. So if you’re a resident of the Lone Star State, please visit our Action Center right away and urge your senators to support fair reform. We even have letters customized for senators Cornyn and Cruz.

Bishop Rinehart is a Houston resident and Bishop of the Texas-Louisiana Gulf Coast Synod of the Evangelical Lutheran Church in America (ELCA). Rev. Mark Junkans is Executive Director of LINC Houston, a  faith-based non-profit that seeks to restore communities.

Every day, in my role as a bishop, I learn more reasons why America needs fair immigration reform. Deportations are tearing families apart. Churches are suffering as their members are uprooted by some states’ extreme anti-immigrant laws. Businesses are finding it harder to find productive workers. … Here in Houston, we have a lot riding on these reforms. If we all speak up today, perhaps they’ll get it right.

While he cites a range of faith leader opinions in his column, Chitwood gives Rev. Junkans the final word:

Houston can’t continue to absorb the costs and forego the benefits of fixing our broken immigration system. I hope our elected officials have the wisdom to seize this opportunity and satisfy the majority of Americans by enacting fair and humane immigration reform.

So far, the column has been tweeted 13 times and recommended 52 times on Facebook. Please show your support by leaving a positive comment, promoting the piece via Facebook and other social media, and sending the link to your friends, colleagues, and family.

It’s vital that leaders like Bishop Rinehart and Rev. Junkans speak out as they have during the current Senate debate over the bipartisan reform bill, S.744.  We’re grateful to them and Ken Chitwood at the Chronicle for presenting Texans with the reasons why immigration reform will benefit America.