Border Trip 2018: Breaking Down the Barriers

At the end of September, LIRS led a mission to Tucson, AZ to bear witness to the conditions of detention centers and immigration facilities housing children and individuals.  The following story is the final piece of a five-part series we’re calling”Border Trip 2018” — a firsthand account written by Pastor Clint Schnekloth, Board Chair of Canopy Northwest Arkansas. To read the series in its entirety, you can go here.

Breaking Down the Barriers

After our visit to Sycamore Canyon, our team returned to Tucson for visits with two immigrant advocacy groups. First, the Florence Immigrant and Refugee Rights Project, which is “the only organization in Arizona that provides free legal and social services to detained men, women, and children under threat of deportation.”

The day we were out at Eloy, I was able to take a look at the list of approved visits to Eloy over the previous week. Many were contractors and construction crews, clearly there to maintain the building. Then, Casa Mariposa was listed. But the most frequently approved visitors came through the Florence Project. These lawyers give their time, they give it freely, and they give it frequently.

After the Florence Project, our team visited with AmyBeth Willis of the Southern Arizona Sanctuary Coalition. This “New Sanctuary” movement, birthed out of the original sanctuary movement of the 80s, has over time expanded to encompass a wider range of issues, but remains focused on the specific building community around the kind of sanctuary offered by churches to immigrants.

“As people of faith and people of conscience, we pledge to resist the new Administration’s policy proposals to target and deport millions of undocumented immigrants, and discriminate against marginalized communities. We will open our congregations and communities as sanctuary spaces for those targeted by hate, and work alongside our friends, families and neighbors to ensure the dignity and human rights of all people—Sanctuary Pledge 2016”

For the New Sanctuary movement, sanctuary is something extended in physical places of worship, but also in the streets, on campuses, cities, counties and states, and more generally everywhere, ensuring safety and freedom for immigrants and asylum seekers. I especially love their fourfold definition. Sanctuary is a:

Response to raids, detentions, deportations, and the criminalization of immigrants

Strategy to fight individual cases of deportation, to advocate for an end to mass detention and deportation to amplify the voices of immigrants

Vision for what our communities and world can be

Moral imperative to take prophetic action, of radical hospitality, rooted in the ancient traditions of our faith communities. 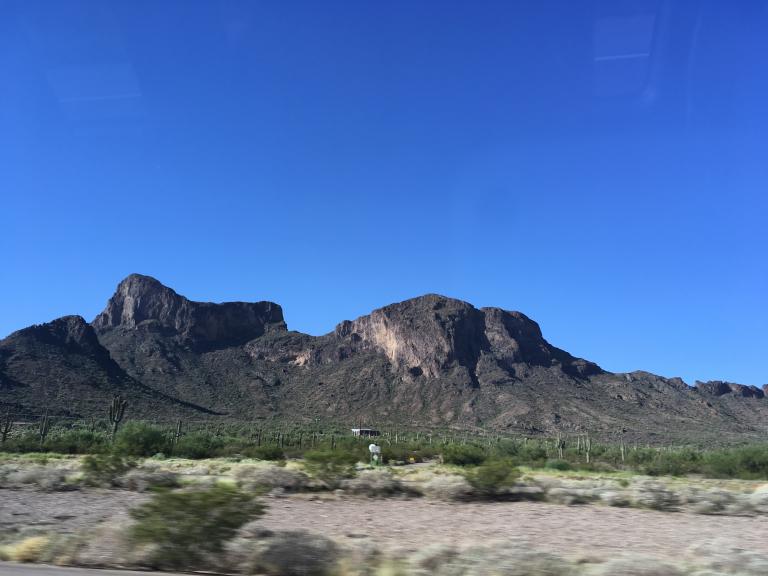 What Can We Do?

On the flight home after these meetings, I confess I ended up in a kind of exhausted stupor. So much of this system seems so big, it’s difficult to know how to act. I felt morally traumatized simply by witnessing the punitive, degrading, dehumanizing nature of our detention system. It’s alarming to visit maximum security protocols enacted on a population that has really demonstrated no risk of violence at all. And as a parent, it’s dispiriting to encounter so many children separated from family and loved ones as they seek asylum in our country, and realize we are prioritizing supposed security needs of our own nation over the developmental needs of the children.

I believe expanding networks of sanctuary will be the most effective way to respond, strategize, vision, and center ourselves in the moral imperatives moving forward. But still I felt some despair: what can we do?

All of this takes me to life back in Arkansas. I’m out on the soccer fields between games, catching up on the news in one hand while carrying the bag of balls to the next field. I know, as the coach I should have my mind fully in game mode, but the visits of the past weekend are still capturing my heart. The headline reads: “ICE Arrested Undocumented Immigrants Who Came Forward To Take In Undocumented Children.” When the CNN article pops up, my first response becomes: “That’s messed up.” Actually, my internal language is more colorful and harsh.

My next response is then, “Of course they’re doing that.” Since it is this administration’s highest priority to send asylum seekers back to the dangers of the places they have fled, of course they would use suffering children as bait to trap parents and loving relatives.

Making the visits has both raised my awareness and turned me more cynical. Welcome to life after you realize we are living in an increasingly carcerial state.

Try to place yourself in the shoes of the undocumented immigrants and their children. Take this simple outline and imagine yourself through it. Your home, the place you and your ancestors have lived for generations, becomes so dangerous you decide your only option is to flee. You put together whatever resources you can muster, and begin the long journey, across multiple countries, to a place of greater security, and hopefully opportunity.

In order to get to safety, you have to follow carefully circumscribed paths. Often, you receive recommendations on the best way to get to safety. Sometimes this includes trusting your children to the care of others for a time. You get into the country. Your son comes across the border later, only to be detained by ICE. You learn he’s held at a shelter, and all you need to do is go in for finger-printing, identify yourself as the parent, and you can be reunited with your child.

However, you know what detention is like. You know the many nefarious ways ICE operates, how it treats undocumented immigrants. You’ve never been given a fair hearing for your asylum claims, and you figure you never will. So if you go in, get finger-printed, you might be detained yourself, then deported, while your child remains here.

So what do you do? How can you decide? Leave your child in the shelter and hope that eventually you can circumvent the system and be reunited. Or come forward to take in your undocumented child, and risk further, even permanent separation.

What will you do?

Or for you, dear reader. You learn your country is doing this to asylees. You may be a person of faith, in which case you know one of the most frequently repeated injunctions in all of Scripture is there to protect the refugee, and to remind the people of God that they were once sojourners, so empathize with those who seek asylum.

“Cursed is anyone who withholds justice from the foreigner” (Deuteronomy 27:19).

“Do not mistreat or oppress a foreigner, for you were foreigners in Egypt” (Exodus 22:21).

We’re hitting the wrong targets, and missing the right ones. We’re filling detainee beds while failing to meet our refugee admissions goals. We are letting our borders define us.

But at least for people in my own faith tradition, we believe Christ is at the center, not our borders. So recentering in Christ will mean a new beginning, treating immigrants as neighbors to love, not scapegoats to expel.

It is our responsibility to do this, so no parent tomorrow ever has to make the decision we’re forcing on undocumented parents today. As I make my next drive to LaSale Detention Center in Louisiana to visit a parishioner, I’ll be praying no parent has to again. Heaven knows I’ll have time.

1 thought on “Border Trip 2018: Breaking Down the Barriers”