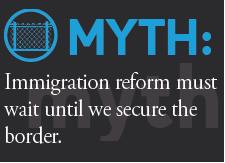 Ever feel at a loss when someone brings up a seemingly convincing “fact” about immigration reform? One that presents reform as a problem rather than a solution?

Those “facts” are often myths, and we want to equip you with the truth so you can offer a clear-headed response that wins new supporters to the cause of fair and compassionate reform. That’s why I’m writing today: To give you a heads-up about an important new resource we’re about to release!

Tomorrow we’ll launch the Comprehensive Immigration Reform Mythbuster, a unique infographic resource that arms immigrant advocates with the truth about reform’s social and economic benefits, while debunking the most widely propagated misinformation.

The Comprehensive Immigration Reform Mythbuster will come at an absolutely critical time. We can’t let the immigration reform debate be hijacked by propaganda or myths.  At this moment in our nation’s history, perhaps more than at any other time, it’s clear that our nation’s future and economic well-being hinges on our welcoming of New Americans.

The Comprehensive Immigration Reform Mythbuster is the latest installment in an LIRS series that debunks myths about everything from human trafficking to refugee resettlement. As with the other Mythbusters, you’ll be able to download it in poster form and post it everywhere, from your office to your congregation, to make sure people get the facts at this critical moment in the legislative battle for fair and compassionate reform. 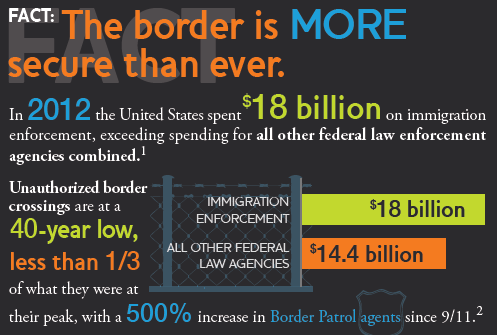 I invite you to check here tomorrow to download this new tool for mobilizing and educating your friends, family, colleagues, and congregation members!