Creating a Wider Circle of Opportunity 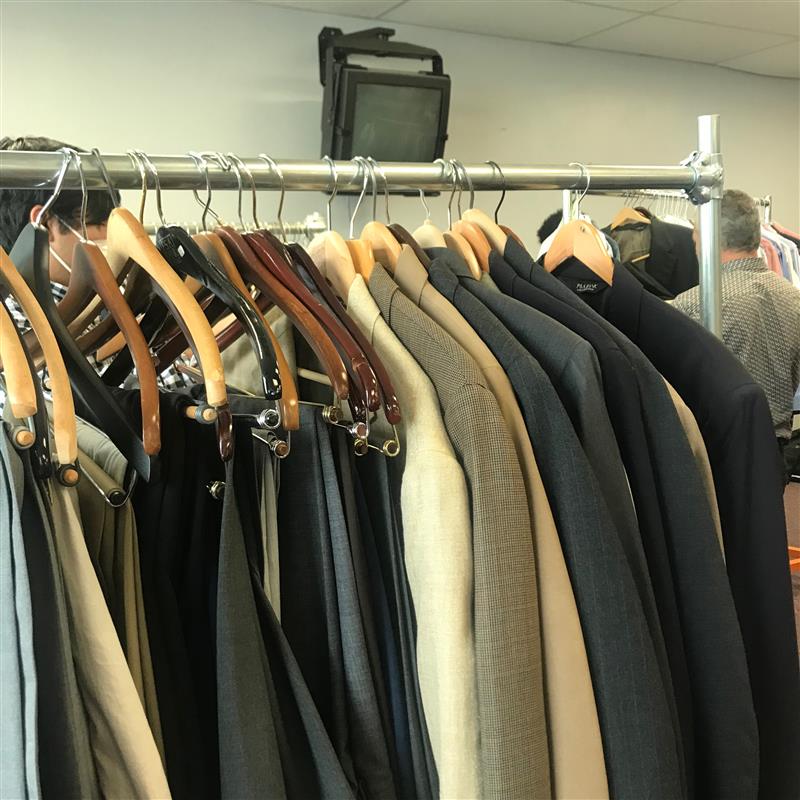 For new Americans, landing a good job is one of the most important steps in the immigration journey. Employment provides stability, security, and a sense of purpose—and, for many refugees, is a stipulation of resettlement. But navigating the American workforce is no simple task. Cultural differences, language barriers, unspoken rules, and other factors can make the interview process twice as difficult.

A recent collaboration between LIRS’s New American Cities program, nonprofit A Wider Circle, and the Baltimore City Mayor’s Office of Employment Development aims to mitigate some of that stress. At a Baltimore event last month, refugee and immigrant jobseekers were invited to peruse a selection of donated professional clothing for use for interviews or to wear to their newly landed jobs.

While having a go-to professional outfit may seem like a small thing, A Wider Circle’s Gina Garza says, it can make a world of difference in a jobseeker’s confidence.

“Professional clothing is so important when you’re getting started, because it’s the first impression you make. It’s the first touch-base with an employer and just starts you off on the right foot,” she said. “But more than that, it’s the confidence that you feel when you’re going in wearing something that you can be proud of.”

One client, Ayman, is a former refugee who served as an elementary school principal in Syria and now works as a manager at IHOP. Though his first job in the United States had been as an assistant teacher, COVID-19 and an increasingly demanding schedule resulted in his moving from part-time to full-time at the restaurant.

“I’d love to keep my job working at school, but my wife doesn’t speak English. My kids—all of them are at school. In United States, there are a lot of appointments you have to do. When I used to be at school, everything is coming against my job—if I want to go to hospital in the morning, if I want to go to the bank in the morning. Now, I work at IHOP. I have second shift.  I work after three o’clock, and that works for me.”

He joined the New American Cities program with the aim of becoming less dependent on shift work.

“I hope to own my own business, honestly,” he said. “I’m looking to have my own career, with my kids with me.”

Ayman picked up several dress shirts at the event, which will be useful for future interviews secured through New American Cities. He has worked with the NAC team to update his resume and make professional connections, which have already resulted in a job offer (though he unfortunately wasn’t able to take it due to transportation difficulties).

For LIRS Pathway Builder Stephanie Starr, that choice—rather than being forced to accept the first available job–is essential.

“Part of my role is working on resumes and cover letters and interview preparation, but also that social and professional network that people don’t always have when they first come to the U.S.,” she said. “When immigrants first come to the U.S., they often have to take any entry level survival jobs, so we’re really excited to start building that career pathway for a lot of people.”

By the end of the event, several dozen people had come through the makeshift store, many leaving with armfuls of blazers, slacks, and shirts.

As long as LIRS keeps holding events like these, Ayman says, he’ll be there.

“You’re trying to help the people. That’s a big, big, big thing. I try to do the same at my job. I want you to be successful, so I’m coming.”