This post is part of the Community Support Network Newsletter. Subscribe to the email newsletter here. Read the archives here.

It was such a joy to see all of you at the convening in Chicago, and as always we are continuously inspired by the breadth and effectiveness of the services you provide to vulnerable migrants and asylum seekers. We will continue to share out learning and conversation themes from this convening in future conversations with each of you in the coming months through site visits and phone calls, and we look forward to hearing your thoughts and input. 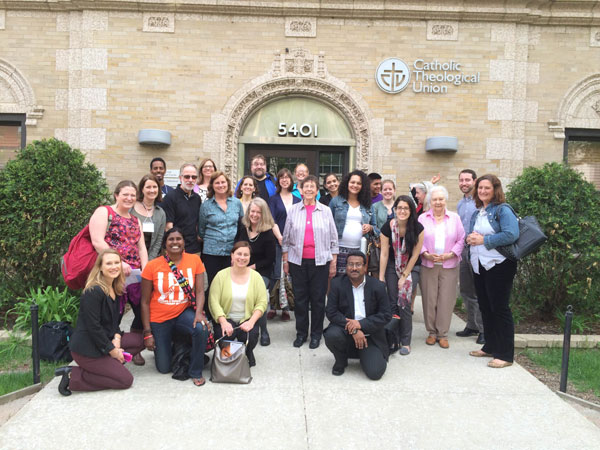 At the beginning of May, over 35 Community Support and DTS partners convened at the Evangelical Lutheran Church in America (ELCA) Churchwide offices in Chicago in recognition of the work the Access to Justice Network has and continues to do and to plan for and discuss the future of the Network. The convening provided numerous opportunities for both formal and informal conversation among the Network and even outside of the Network.

On the first night of the convening, LIRS and Community Support partner Interfaith Committee for Detained Immigrants (ICDI) co-hosted an evening reception that brought together many stakeholders from both the immigration and faith-based spheres in the Chicago area, allowing others to learn about ATJ’s work and for networking among people who do similar work but from different angles.

Sessions in the convening included conversations on lessons learned throughout the Network’s history, advocacy work, and learning specific to asylum seekers and immigration detention, program-specific data collection and interpretation, and where the Network is headed in the future.

The entirety of the convening was not held within the confines of an office building, however. Chicago partner ICDI provided an inspiring and informative tour and presentation to ATJ partners at its Marie Joseph House of Hospitality, where they serve vulnerable men, women, and family units through group housing and vital social services. The official ATJ convening closed with a conversation on the value of collaborative partnerships on a national scale, how to sustain such partnerships in a way that will be able to serve clients in the most effective way possible, and also to garner learning and resources to enact positive systemic change in the United States.

On the Saturday following the ATJ convening, Sisters and Brothers of Immigrants, with which some Chicago ATJ partner staff and volunteers are affiliated, held a day-long workshop series titled, “’LET MY PEOPLE GO’ Detention – A Matter of Conscience.” Detention issues were observed and discussed through many different angles with speakers such as a former County Deputy Chief of Corrections, Bishop of the Roman Catholic Diocese of Tucson, immigration attorneys, and staff and volunteers from the 8th Day Center for Justice.

A huge thank you goes to every member of the network whose efforts, large and small, made these three days successful.

Casa Emma: One Step Further to an Entirely-Posada Cul-de-sac 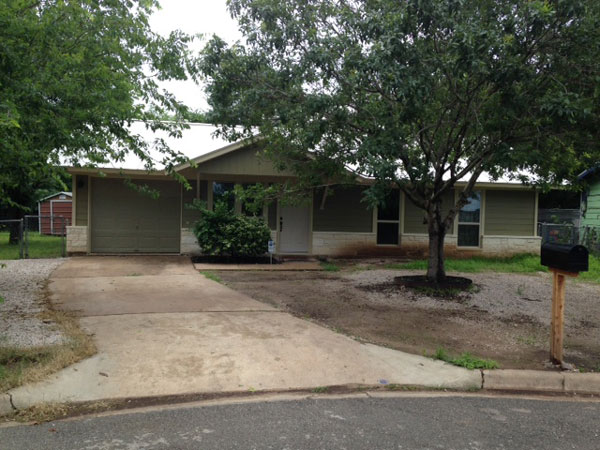 Texas Community Support partner Casa Marianella has recently purchased a new house for Posada Esperanza, its program that provides holistic care to homeless migrant families. Named in memory of a board member’s grandmother, Casa Emma is the fourth house owned by Casa Marianella on a cul-de-sac in East Austin. Karen Dale Wolman, Casa Marianella grant writer says, “Our dream is to own all six houses [on the cul-de-sac] and build a seventh house on the land next to our third house, which sits on a triple lot.”

The addition of Casa Emma has increased Posada’s housing capacity from eleven bedrooms to fourteen, and has allowed for more space to provide the vital holistic services these vulnerable women and children need. These services include providing: food, clothing, a safe, comfortable place to live, comprehensive case management, access to medical care, counseling and legal services, education, and general support needed to stabilize and become independent.

Fundraising efforts to buy the house began even before the house was placed on the market. To work towards their goal of purchasing Casa Emma, they started fundraising last year in order to be prepared for when it became available. After the home owner, a supportive neighbor, passed away, a developer purchased the house and renovated it before putting it on the market, which provided them extra time to raise money.

Long-term supporters and board members made significant donations, and another board member provided a challenge grant, which was used for a wildly successful online fundraiser that brought in more than $33,000 in a little over a week. Further, a foundation grant provided a huge boost several days before they closed on the house, and they were able to close on the house with only having to borrow a small amount of money, and they are working on acquiring another grant that will assist them in paying it off.

We will conclude with the stories of the first two families living at Casa Emma:

The very first family to live at Casa Emma is an Eritrean woman and her three children: a four year old girl, a three year old boy and an eighteen-month old boy. Posada Esperanza is a shelter for women and children, so her husband is living at the Casa Marianella adult shelter. The adults fled violence in Eritrea eight years ago and lived in Sudan until they were finally able to come to the United States, where they were put into detention. They were released to a border shelter, which provided stability, then transferred to Casa Marianella. The mom and kids were the very first family to move into the beautifully-renovated Casa Emma. Nestled in the cul-de-sac amongst the three other Posada houses and two other residential homes, the family receives case management in the original Posada house just two houses over. Three other Eritrean families live in Posada’s other houses: two women with children and one pregnant woman.

The second Casa Emma family is a Mexican woman and her baby who have been in the U.S. for only a few months. She has no friends or family in the U.S., has endured domestic violence over the past month and does not have enough money to pay her June rent. She has already contacted a lawyer to apply for a U-Visa. She is looking forward to having a safe place to live and to finding work in the community.