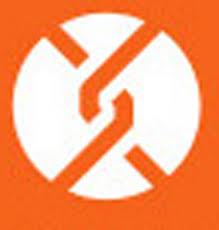 National and local leaders from the Detention Watch Network (DWN) today will release a series of reports titled “Expose and Close” to reveal the widespread pattern of mistreatment at 10 of the worst immigrant detention centers across the country.

The speakers will call on President Barack Obama to close these detention centers and issue a list of reforms to ensure the safety, dignity, and well-being of immigrants held in detention.

LIRS, which helped found DWN in 1997, was proud to sign on to the “Expose and Close” letter to President Obama, which cites disturbing findings from the report, including:

You can check out the Daily Kos preview of “Expose and Close” here.

DWN was founded by LIRS, the Catholic Legal Immigration Network, Inc., and the Florence Immigrant and Refugee Rights Project in 1997 in response to the rapid growth of the immigration detention system in the United States, as a result of the immigration laws passed by Congress in 1996. Since its inception the network has transformed into a membership-based coalition which now includes over 80 religious, civil, immigrant and human rights organizations as well as many individual members.

We’re excited that DWN is releasing “Expose and Close” and hope these reports move you — and the president — to stand with immigrants in detention!