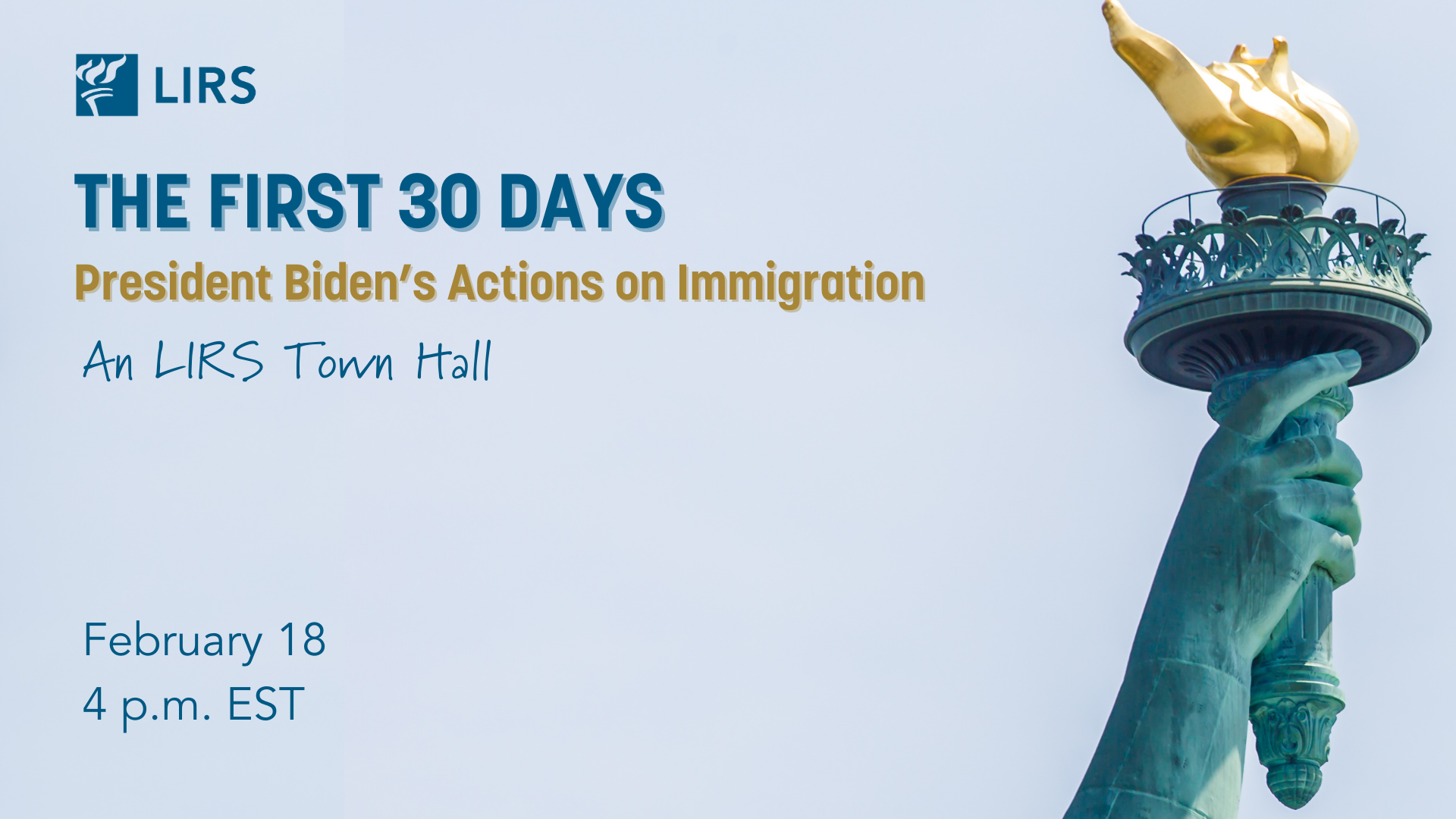 From his very first day in office, President Biden has made immigration reform a clear priority for his administration. In his initial 30 days, we have seen him sign 10 related executive orders, spanning everything from reunification of separated children and families to protection for DREAMers and the end of discriminatory travel bans. The administration’s sweeping policy proposal, called the U.S. Citizenship Act of 2021, is also soon to be introduced in Congress. The system is fundamentally shifting – and while these are powerful, encouraging steps, all of this change can be difficult to follow.

Join LIRS, the Hispanic Heritage Foundation, and the League of Latin American Citizens for a townhall, during which we will break down the actions of the Biden administration thus far, what they mean, and what still needs to come. Our panel of experts will discuss the implications of recent policy decisions and explore other immigration priorities that President Biden has not yet addressed. Along the way, we’ll share how you can get involved in the creation of a safer, more humane, and more equitable immigration system.