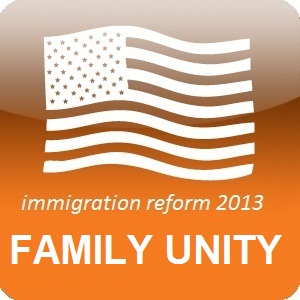 As Congress and the Administration move forward with comprehensive immigration reform, I hope they remember that people of faith have long called for an immigration system that upholds family unity.

We’re grateful that this week, the Rev. Dr. Gerald L. Mansholt, Bishop of the Central States Synod of the Evangelical Lutheran Church in America (ELCA), is giving a strong boost to our advocacy on  family unity.

Bishop Mansholt contributed an important statement that gives context to yesterday’s House Committee on the Judiciary, Subcommittee on Immigration and Border Security hearing, “The Separation of Nuclear Families Under U.S. Immigration Law.”  His statement is part of a long tradition of many ELCA voices speaking up for fair and humane immigration reform, for which we’re thankful.

Today, the bishop will be participating in key House and Senate briefings on “Family Unity in the Legal Immigration System of the United States of America,” which LIRS is co-hosting along with numerous other rights and immigration organizations.

In his prepared remarks for the briefing, Bishop Mansholt has this to say:

While I am honored to be sitting here today at the invitation of Lutheran Immigration and Refugee Service, I also know there are many religious leaders from other Christian denominations as well as from other religious traditions who could sit here and give voice to the same hopes and lift up the high value placed on the family. A basic tenet of religious belief and value is that of family unity, and that tenet is common all across the religious spectrum—from more conservative Christianity to mainline denominations and Roman Catholic and Orthodox communions.

In LIRS’s own statement for the record for “The Separation of Nuclear Families Under U.S. Immigration Law,” we make the following recommendations to Congress:

If you’re curious to learn more on this topic, here’s a good resource with detailed information on “The Advantages of Family Based Immigration.”

It occurs to me that there’s no better way to close this post than to quote Bishop Mansholt, with gratitude, when he says: “Families being whole and healthy are of vital importance to Lutheran congregations and local communities. The love, commitment, and support of family are a great gift that creates purpose for individuals, is central to our faith, and grounds the very structure of our society.”