The situation for children and families on our southern border is complex and changing rapidly. To help you better understand what’s happening, LIRS has put together a list of answers to some of the most common questions. Please keep in mind that new information is coming in constantly from our legislative and programmatic experts, and we will do our best to update the content below as new information is confirmed.

Why are families coming to the United States from Central America?

Many of the children and families are fleeing their homes to seek asylum from gang violence and domestic abuse—not because entering the U.S. is easy, but because their lives are at risk. Our laws protect the right to seek asylum.

Why were children being separated from their families?

Over the last several years, LIRS has documented an increasing number of cases in which children were being separated from their families at the border. This practice was codified by Attorney General Jeff Sessions in the May announcement of the Zero-Tolerance policy, citing family separation as a deterrent to immigrant families crossing the border.

How many children are now separated?

Over the last several months, more than 3,000 children have been separated from their parents, including 148 children who received support from LIRS.

What’s happens to children once they are separated? 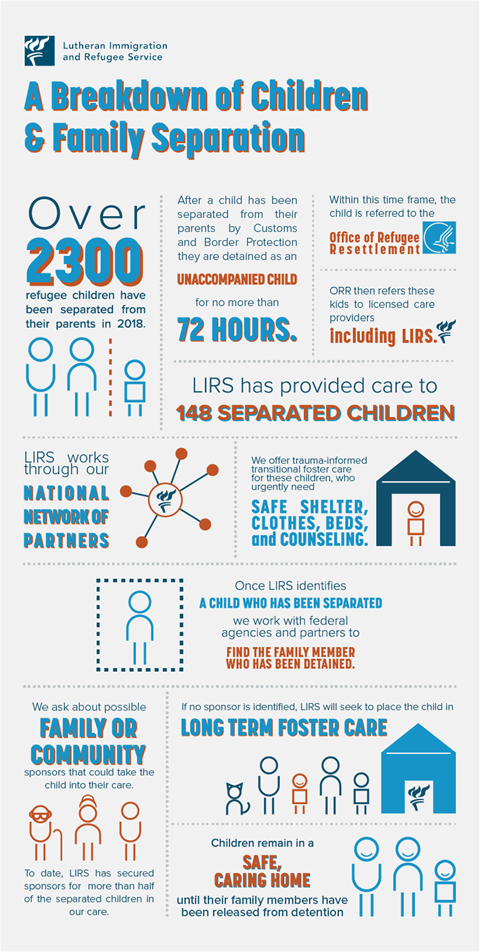 After a child has been separated from their parents by Customs and Border Protection (CBP) they are detained as an unaccompanied child for no more than 72 hours. Within this time frame, the child is referred to the Office of Refugee Resettlement (ORR) under the Department of Health and Human Services (HHS). ORR then refers these kids to licensed care providers, including LIRS.

What is LIRS doing to support kids who have been separated?

LIRS works through our national network of partners who offer trauma-informed transitional foster care for these children, who urgently need safe shelter, clothes, beds, and counseling.

When we are notified that a child in our care has been separated from their parents, we go to work through the ICE Detention Reporting and Information Line to try and find the parent who has been detained.  If we are able to locate the parent, we help the parent understand the process for their child and ask about possible family or community sponsors that could take the child into their care while the parent awaits federal processing.

Currently LIRS has been able to place over half of the separated children in our care with family sponsors. If no sponsor is identified, LIRS will seek to place the child in long-term foster care. The children in federally-funded foster care programs are not eligible for permanent adoption.

What is a Sponsor?

A sponsor can be a parent, a legal guardian, or an adult relative that is not currently in detention. In rare cases, it may be a family friend.

President Trump’s June 20 executive order signaled a shift away from family separation, and the Administration has publicly expressed a desire to now detain children and parents together in family detention. This promise does not, however, extend to children who enter the country with other family members (aunts, uncles, siblings) – nor does it extend to parents who don’t have certifiable evidence of a legal parent-child relationship.

How is LIRS helping to reunite families? 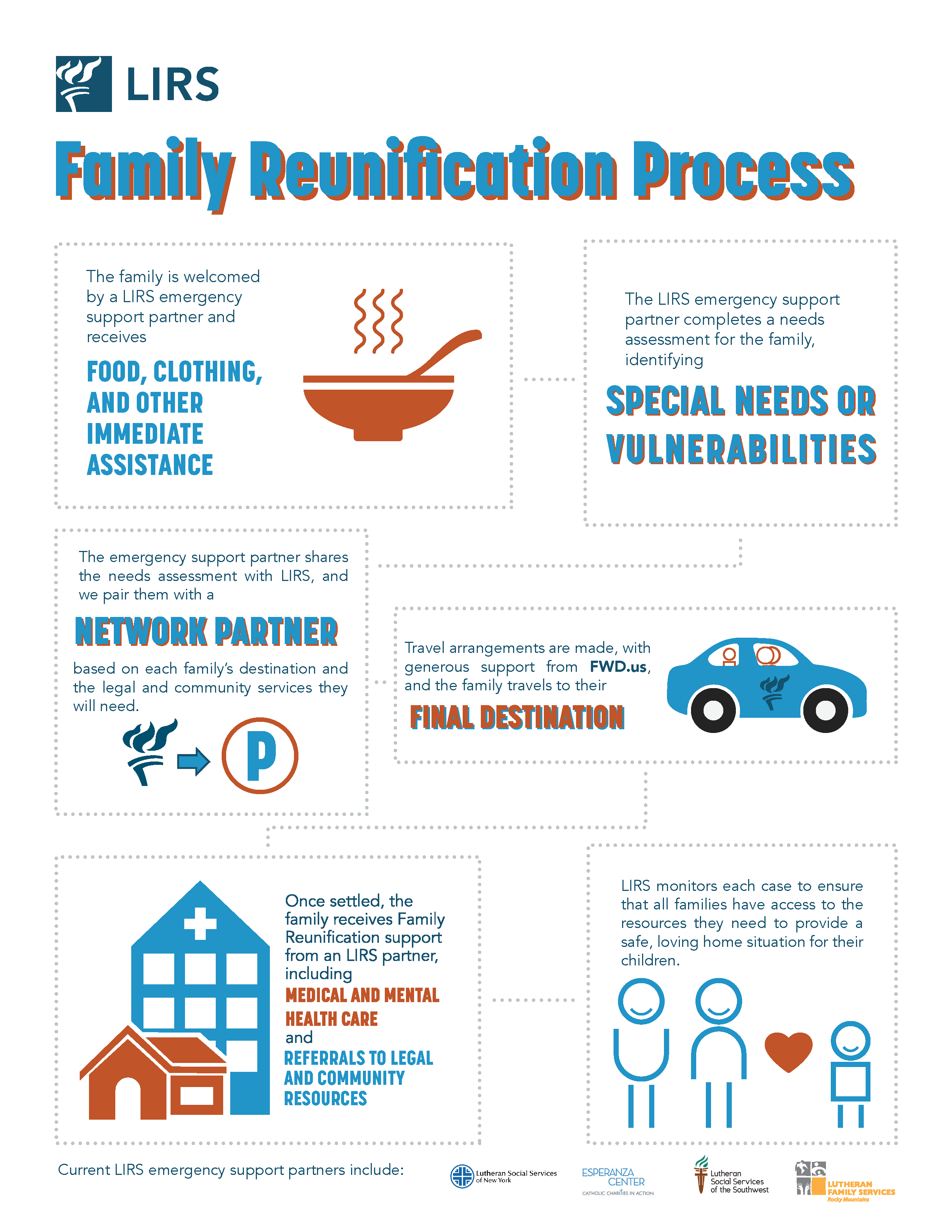 LIRS is actively supporting the reunification of families, and ensuring that families receive support once they have been reunited. We are working through our network of local partners to ensure that reunited families have their immediate housing needs met, as well as necessary food, supplies, and referrals to legal services. We are also providing them with transportation to the communities they were trying to reach when they crossed the border, as well as referrals to support services in those communities.

Learn how you can help here.

5 thoughts on “Frequently Asked Questions: Families & Children at our Border”