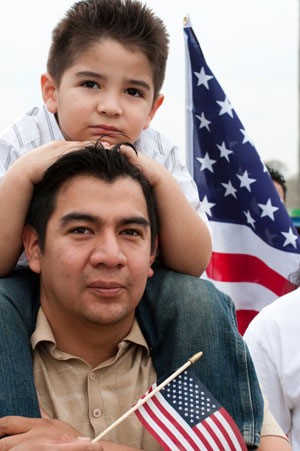 On Tuesday, we updated you on proposed amendments to the Department of Homeland Security spending bill being considered in the House of Representatives (H.R. 240) that would separate families and harm young people who came to the United States as children. Because of your quick action, in 24 hours almost 350 messages were sent to elected officials urging them to oppose harmful amendments to the bill.

While the bill ultimately passed the House on Wednesday afternoon with all amendments attached, we were encouraged to see strong bipartisan opposition to the two most harmful amendments. It was heartening to see widespread support from both sides of the aisle for “DREAMers” who have come forward and been granted Deferred Action for Childhood Arrivals (DACA).

Next, the bill heads to the Senate where we expect strong opposition to language prohibiting the President’s November actions to stabilize families and provide deportation relief to undocumented parents and DREAMers. Even if the House bill garners the 60 votes it needs to overcome a possible filibuster in the Senate, President Obama has already pledged to veto it if restrictions on his actions are included.

Aside from the amendments added by the House on Wednesday, here are some ways the House-passed Department of Homeland Security (DHS) spending bill would affect migrants and refugees:

On a more positive note, H.R. 240 also increases funding for Alternatives to Detention (ATD) programs. These alternatives, including community-based support models championed by LIRS, are far more humane and less expensive than detaining men, women and children for immigration purposes.

We will keep you updated on the bill’s progress and opportunities to raise your voice in support of compassionate and just immigration laws and policies. As always, thank you for standing for welcome.