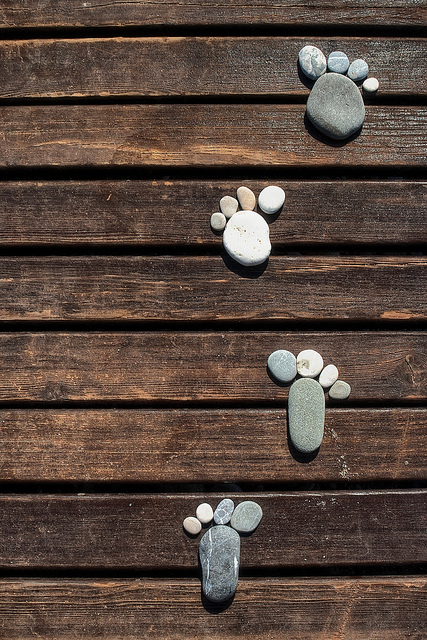 Today I want to introduce Barbara Ruhe, a Lutheran and lawyer from Hartford, CT. She is a member of Grace Lutheran Church, a faith community that actively serves the Hartford refugee communities. Here she speaks to this ministry and the ways that the First Steps: An LIRS Guide for Refugees, Asylum Seekers, and Migrants Released from Detention supports the work.

A Lutheran and a lawyer, Barbara Ruhe feels strongly about immigration and advocates passionately for immigrants. “Immigration is personal to me because I am a first and second generation American. I know the immigration story of my mother and my grandparents. My daughter was also the first child that LSSNE [now Ascentria] brought over with their international adoption program.”

As a “politically active Republican… I speak out.” She has a direct message for the politicians who represent us, “I will stand up for people. I won’t hesitate to speak my mind, and I’m starting to call people out for saying crazy things about immigration.”

“I’m going to write the Republican government to tell them to move forward with sensible immigration reform.”

Like many of us, Barbara is “guided by [her] faith” and “consider[s her] work as a lawyer part of [her] ministry” in this area. She attends Grace Lutheran Church in Hartford, CT, which “has roots with German Lutheran immigrants. In fact, I think some of the Germans in our church were resettled by LIRS. Enough families emigrated from Germany that they ‘get it.’ They understand why immigration issues are important.”

Many people of faith seek to help their neighbors and church members who are immigrants, refugees, or are affected in some way by immigration law. However, that is daunting, especially for those not trained as lawyers. To fill the gap, LIRS has written First Steps: An LIRS Guide for Refugees, Asylum Seekers, and Migrants Released from Detention. There are also supplements available with more information specifically for asylum seekers and lawful permanent residents (LPRs). The supplements are available in English and Spanish.

These resources have been used by lawyers, advocates, churches, and others in various ways, but Barbara says she “probably will use it more politically and as a member of my church than as a lawyer,” saying, “I get phone calls from people in the community because I’m known and active in the community. First Steps has information in it that I can use with clients.”

“I like to call the immigration network we have the Lutheran mafia.”

“If I get a funky question I can’t answer as a lawyer, I often go to Ascentria’s immigration legal assistance program.” This is part of the immigration network she calls the “Lutheran mafia” that includes LIRS and our various partners across the country. Ascentria, an LIRS partner organization, has resettled many Karen refugees from Burma in the Hartford area in the past several years.

When the Karen community began growing in Hartford, the church members “all cleaned out [their] basements and attics, found them jobs, and advocated for them every which way to Sunday.” In response to this welcome and support, the Karen “came to mass at Grace [Lutheran Church] for a year afterwards because they were so grateful for our help. One Sunday, a beautiful thing happened. We were singing a song that was a Baptist hymn, and then from the back of the church, we heard it being sung in a different language. The Karen community knew the song, and had joined in in Karen.”

Barbara sees the main issue at work in her area as fear, and says that First Steps will help alleviate that.

Here in Connecticut, undocumented people can get driver’s licenses, but people are so afraid of the government that I wonder how many of them will get licenses.

Most undocumented people try to keep a really low profile. One young man I referred to Ascentria’s [formerly Lutheran Social Services of New England] legal group asked “Why do I need a lawyer? Am I going to be arrested if I go see one?” There are lots of sham lawyers out there.

In contrast, there are also wonderful stories of success when asylum seekers are connected with honest lawyers and get the help and protection they need. Barbara shared another story from her church parish:

After church one Sunday, a gentleman named Paul came up to me and pulled out a business card of a man in California that used to be involved in church. The man in California had referred Paul to me because I’m a lawyer. Paul was a political refugee from Cameroon, where he had been tortured in prison. His wife and four kids were back in Cameroon, and he had come to the United States to seek asylum. Despite his torture, he was not granted asylum here in the United States. But he showed me all his papers, and I knew that he had a legitimate case.

I don’t know immigration law, so I researched an immigration lawyer that could help him. I couldn’t find any immigration lawyers to take his case, this was seven or eight years ago when finding a lawyer for asylum seekers was a bigger problem, so I went to the pastor’s wife, who had just passed the Connecticut bar. She had a friend who had just won a case like Paul’s. The pastor’s wife and this lawyer did all the paperwork and they won the case. I was able to go to his citizenship ceremony, which was very special for me. Paul worked for a year and was able to save money to bring over his family.

However, when Paul was about to buy plane tickets for his family, the price of the tickets rose, and he was $1500 short. I stood up in church and announced that we needed $1500 to bring Paul’s family here. By the end of church that day, we already had $600 in our hands, and were able to fundraise the rest of it, too.

Now, Paul and his wife both work. Their oldest daughter is in medical school, the other two are in college right now, and the youngest, who was five when she arrived, is in 8th grade. Paul is on our church council, a great asset to our church, and his family is a treasure.

Whether you are a lawyer, social service worker, neighbor, or friend to someone in need, First Steps can help you serve refugees and migrants. Barbara describes First Steps as “plain, straightforward, accurate information that is written so it can be understood. A tool to educate the community about the issues.”  After all, “if you only depend on the media, who knows what you learn!”

Her closing message says it all, “As Lutherans, we are called to welcome.”

The main First Steps guide provides in-depth information for migrants in any (or no) status. Our hope is that services providers, such as lawyers, case managers, or social workers will use it to find answers to tough questions and aid clients in understanding and accessing their rights. We also hope churches and faith-based partners will use it both to inform their own understanding, and to walk alongside their brothers and sisters.

If you are a service provider or migrant and wish to download a copy, please visit www.lirs.org/firststeps. If you’d like to order hard copies, email firststeps@lirs.org.