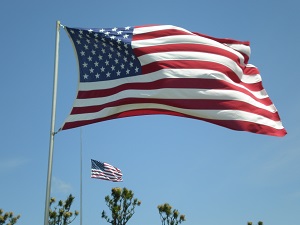 This Veterans Day, it’s worth remembering the many immigrants who serve in America’s armed forces.

The last in-depth look at veterans in the U.S. armed forces that I can find is from 2008, and comes from the Migration Policy Institute. Their analysis notes that there are “well over half a million foreign-born veterans in the United States.”

The latest data, courtesy of the American Immigration Council’s post “Remembering the Contributions of Immigrant Soldiers this Veterans Day,” remind us that:

It’s also no surprise that veterans are raising their voices for immigration reform, as shown by a recent event in Minnesota reported in the Minneapolis Star-Tribune:

Minnesota immigrants and veterans, from age 15 to 99, joined U.S. Sen. Amy Klobuchar in St. Paul on Sunday to support passage of immigration reform that would allow some children of undocumented workers to serve in the military and pursue citizenship.

We’re very conscious of the contributions of our immigrant service members, and recently presented the LIRS Walk of Courage Award to Iraq veteran Chris Phan.

The award, which honors former refugees for their courage, determination, and commitment to “giving back” to other, was presented at a dinner attended by over 150 people this June 19 in Baltimore. As I said at the time:

We’re honored to present the Walk of Courage Award to Chris Phan, who exemplifies how former refugees give back to America. As a member of the U.S. military, an elected official, and an advocate for refugee protection, Chris has extended a hand to those in need in his community, across the country, and abroad.

This Veterans Day, we are grateful for the contributions immigrants are making to America’s defense, and for the sacrifices they and their families have made.