Over the past 4 years, there have been overwhelming changes to the immigration system, but these top immigration advocates and influencers have been there to make sense of everything along the way.

From family separation to migrant children in detention, from refugee resettlement to pathways to citizenship for DREAMers and undocumented people, these expert voices continue to champion common-sense, compassionate solutions for a broken immigration system.

Get to know some of our favorite immigration advocates, influencers and thought leaders below. 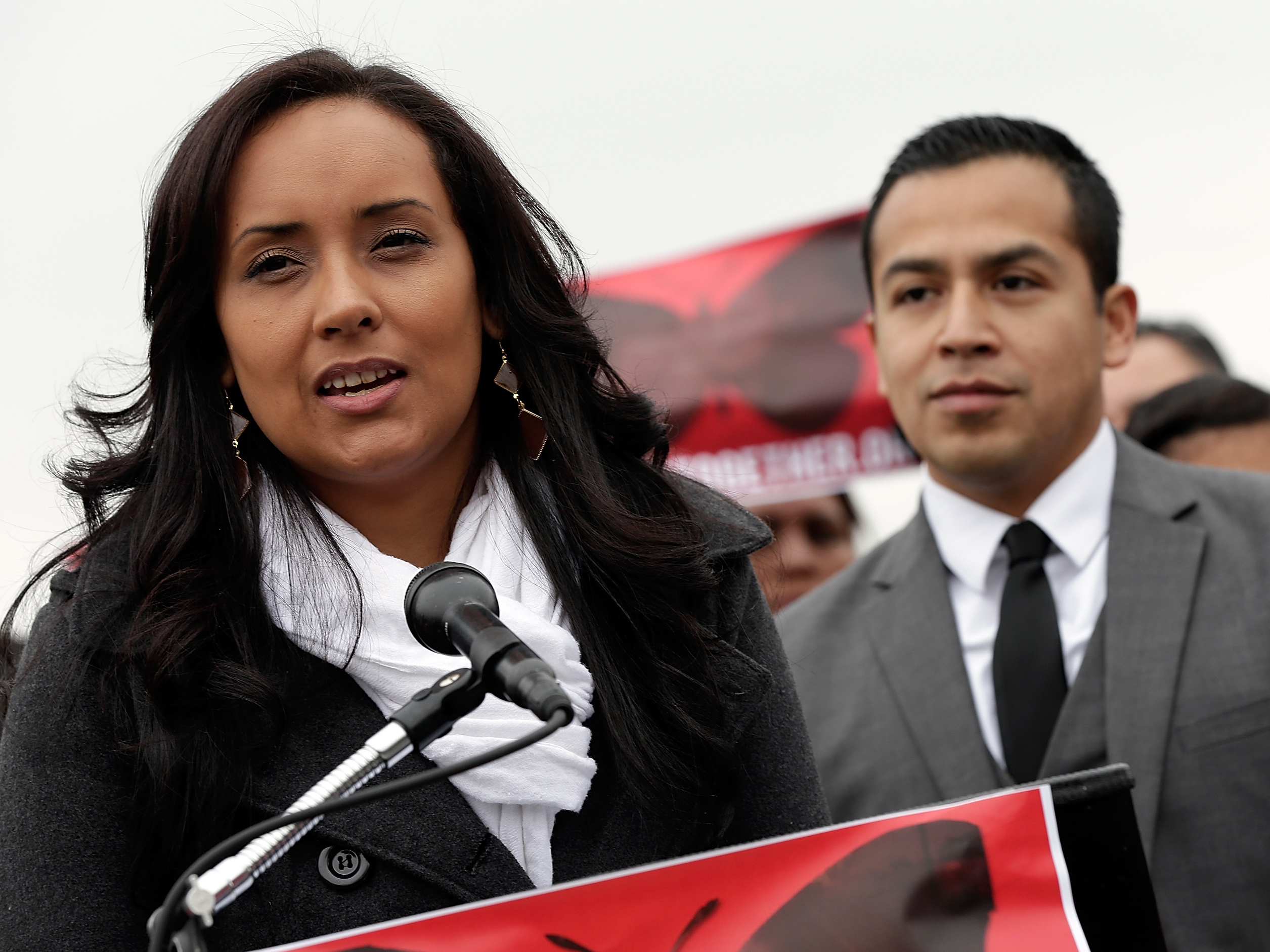 Erika Andiola is an immigration advocate serving as the Chief Advocacy Officer for RAICES, and former Press Secretary for Latino Outreach for Bernie Sanders’ 2016 campaign. She started community organizing when she co-founded the Arizona Dream Act Coalition. She then served in the National Coordinating Committee and the Board of Directors for the United We Dream Network. Her personal struggle as an undocumented woman herself, with an undocumented family, has given her the drive and the passion to keep fighting for immigrant and human rights. 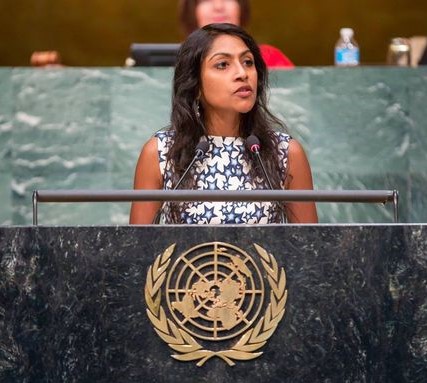 Krish O’Mara Vignarajah is an immigration advocate and the President and CEO of Lutheran Immigration and Refugee Service, the nation’s largest faith-based nonprofit dedicated to serving vulnerable immigrant communities. She previously served in the Obama White House as Policy Director for First Lady Michelle Obama, and at the State Department as Senior Advisor under Secretary of State Hillary Clinton and Secretary of State John Kerry.

Krish has committed her career to public service because she knows how differently life could have turned out. Krish was just a child when she and her family escaped a Sri Lanka on the brink of civil war and built a life in Maryland. Now she is dedicated to serving and advocating for newly arrived families, who like her own, were forced to flee the only home they’ve ever known. 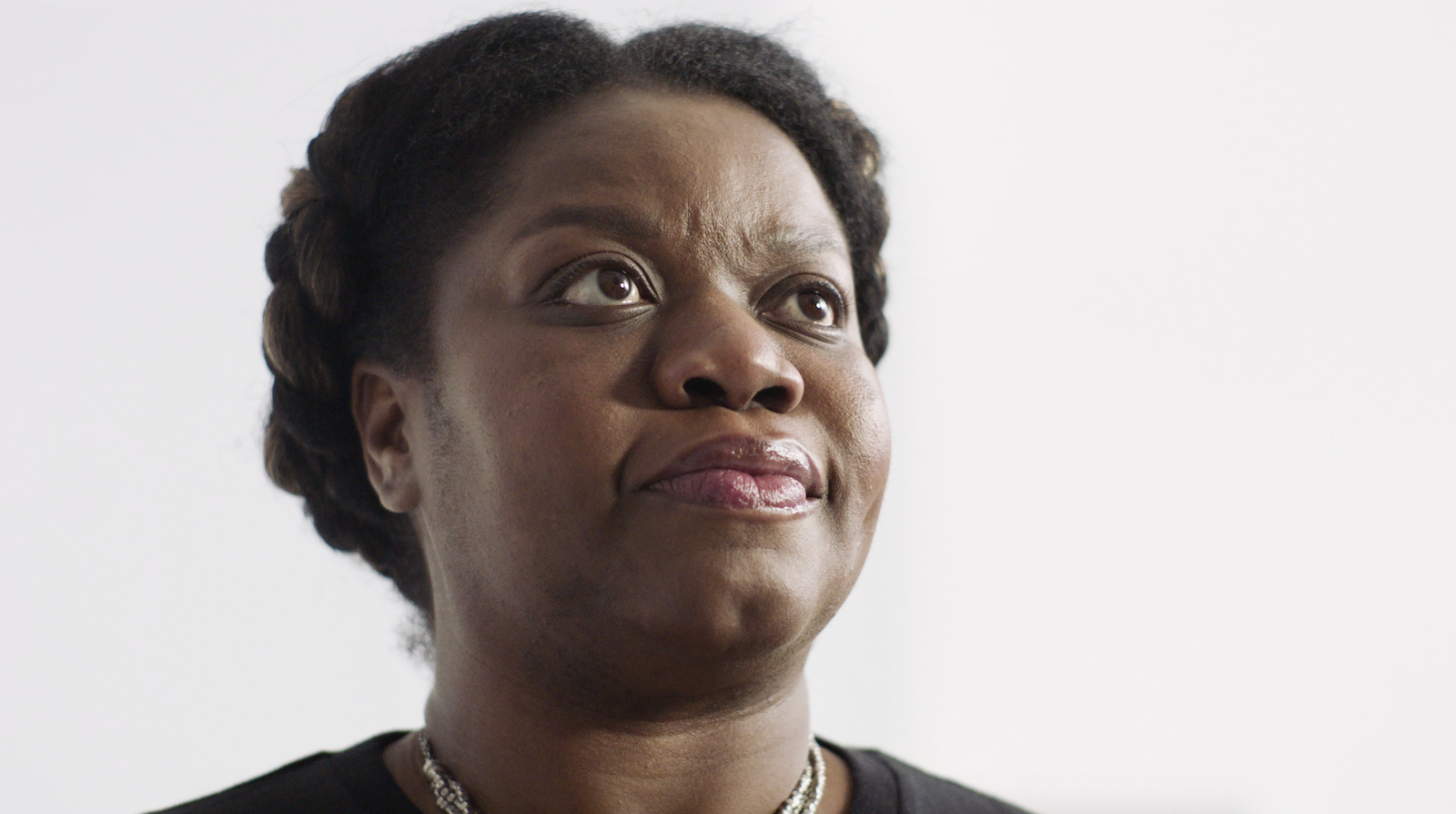 Ms. Jozef serves as the president of Haitian Bridge Alliance, and has been an outspoken critic of ongoing deportations of Haitians to the persecution they fled. 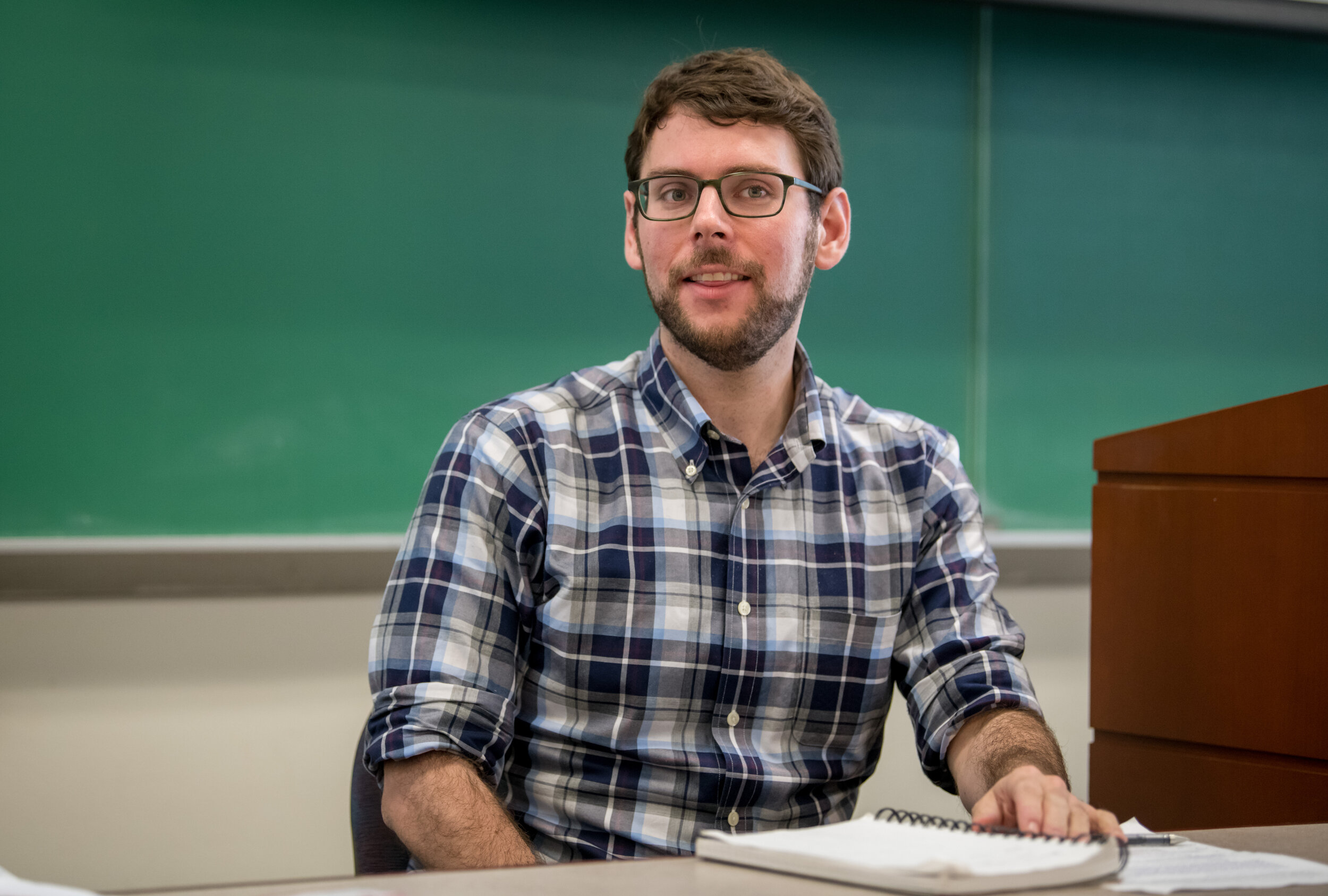 Aaron Reichlin-Melnick is Policy Counsel at the American Immigration Council, where he works primarily on immigration court issues and the intersection of immigration law and policy. Prior to joining the Council, he was an Immigrant Justice Corps Fellow placed as a Staff Attorney at the Immigration Law Unit of The Legal Aid Society in New York City, representing immigrants placed in removal proceedings because of a prior criminal conviction. Aaron holds a J.D. from the Georgetown University Law Center, and is well known for his thoughtful Twitter threads around breaking immigration developments. 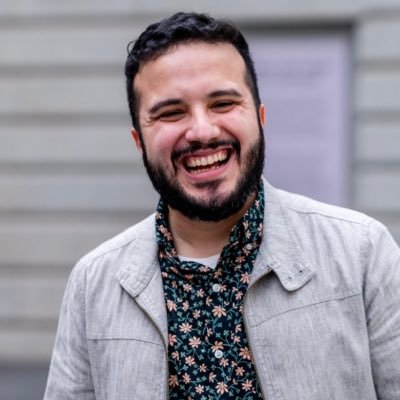 Juan Escalante’s parents fled Venezuela in the year 2000, with Juan and his two brothers in tow, for the United States following the election of Hugo Chavez. In 2006, an immigration attorney mishandled the Escalante’s case, which led them to lose their immigration status despite “waiting in line” while paying taxes and immigration fees.

As a DREAMer, Juan currently enjoys the protections of the DACA program while leading state and national efforts to advocate for sensible immigration legislation. He serves as the Digital Campaigns Manager at FWD.us, a DC-based organization focused on immigration and criminal justice reform. 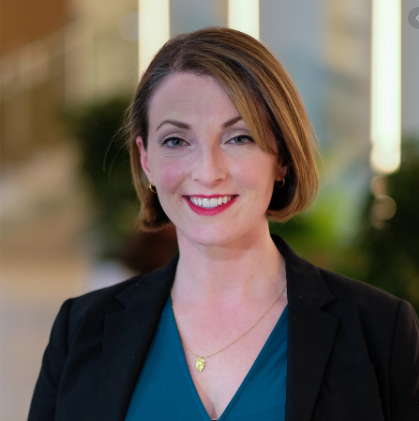 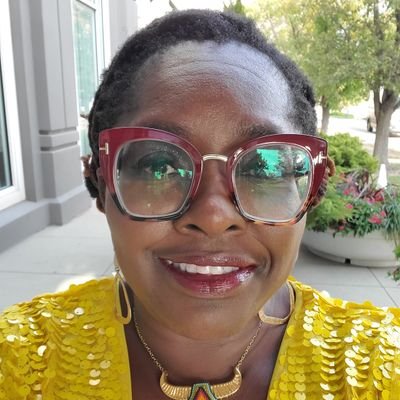 Nana Gyamfi is the Executive Director of the Black Alliance for Just Immigration (BAJI). Nana is a human rights and criminal defense attorney, a professor in the Pan African Studies Department at the California State University Los Angeles, and radio personality.

She boasts over three decades of service to the Movement for Black liberation, and over twenty years experience directing Black social justice organizations and networks. 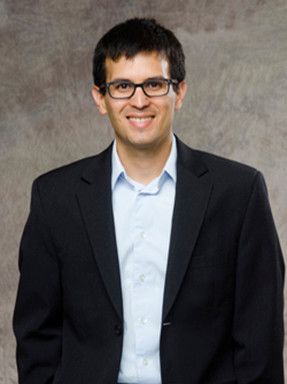 César Cuauhtémoc García Hernández is a scholar of migration who regularly weighs in on pressing public affairs. A tenured professor of law at the University of Denver, César has been publishing crimmigration.com since 2009.

His first book, “Crimmigration Law,” was published by the American Bar Association in 2015. His second book, “Migrating to Prison: America’s Obsession with Locking Up Immigrants,” was released in December 2019 by The New Press. He is currently working on a project focused on the arbitrariness of the border between the United States and Mexico. 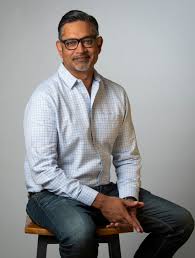 Ali Noorani is an immigration advocate and serves as President & Chief Executive Officer of the National Immigration Forum, a nonpartisan advocacy organization working with faith, law enforcement and business leaders to promote the value of immigrants and immigration. Growing up in California as the son of Pakistani immigrants, Ali quickly learned how to forge alliances among people of wide-ranging backgrounds, a skill that has served him extraordinarily well as an innovative coalition builder. 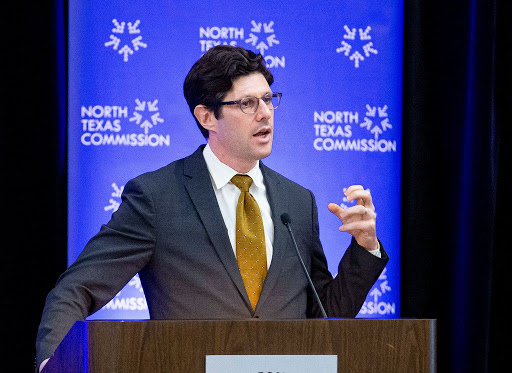 Jeremy Robbins is the Executive Director of New American Economy, a bipartisan coalition of more than 500 CEOs and mayors making the economic case for immigration reform.

New American Economy has crunched the numbers on the economic contributions of immigrants in every state, every congressional district, and the top 100 major U.S. metro areas. It also documents hundreds of individual stories to show the ways immigrants lift local industries, businesses, and communities. 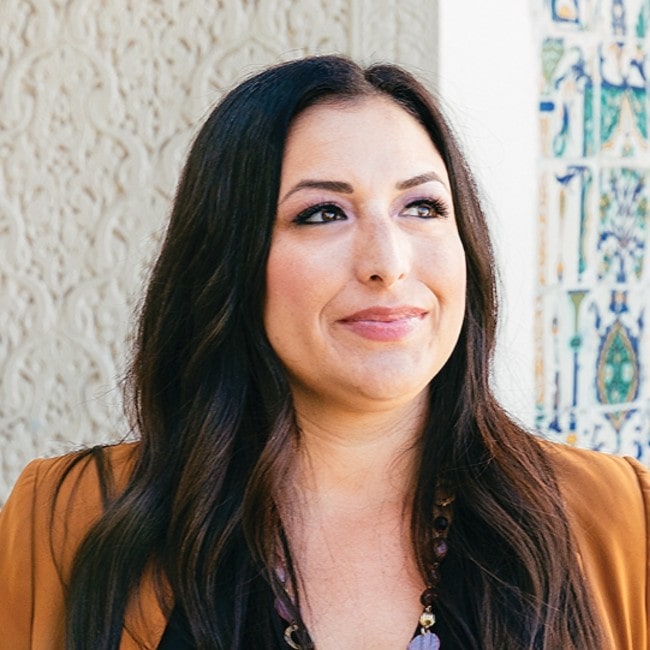 Alida Garcia is a political and public affairs strategist for electoral and issue advocacy campaigns with an expertise in Latino civic engagement, and Latino infrastructure building in non-Latino institutions.

She currently is the Vice President of Advocacy for FWD.us, an advocacy organization founded by Mark Zuckerberg focused on passing comprehensive immigration reform. 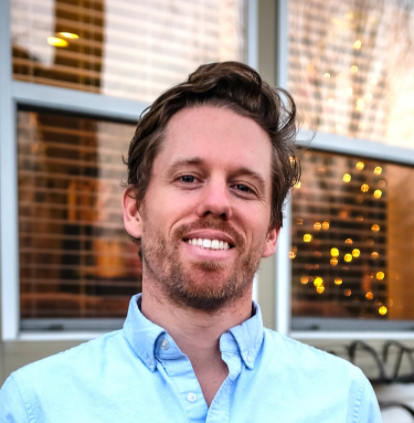 Austin Kocher is a research associate professor with the Transactional Research Access Clearinghouse (TRAC), a research institute that uses Freedom of Information Act requests to study the federal government. Key areas of Austin’s current research at TRAC include federal immigration detention, enforcement and deportation; the immigration court system; and trends within the federal criminal and civil courts.

His research also includes grassroots immigrant rights and worker rights movements that seek to push back against deportation as a tool of social and labor control. 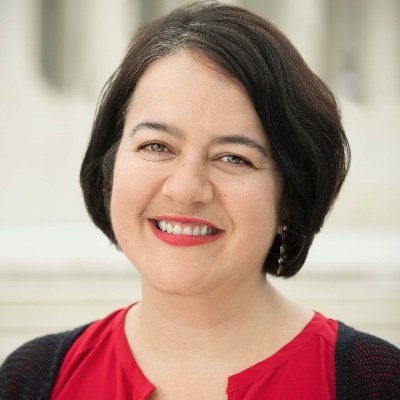 Marielena Hincapié is an immigration advocate and executive director of the National Immigration Law Center (NILC), an organization dedicated to defending and advancing the rights of low-income immigrants in the U.S. Before joining NILC, Hincapié worked for the Legal Aid Society of San Francisco’s Employment Law Center, where she founded the Center’s Immigrant Workers’ Rights Project. As an immigrant from Colombia herself, Ms. Hincapié brings her lived experience and bilingual, bicultural perspective to her work. 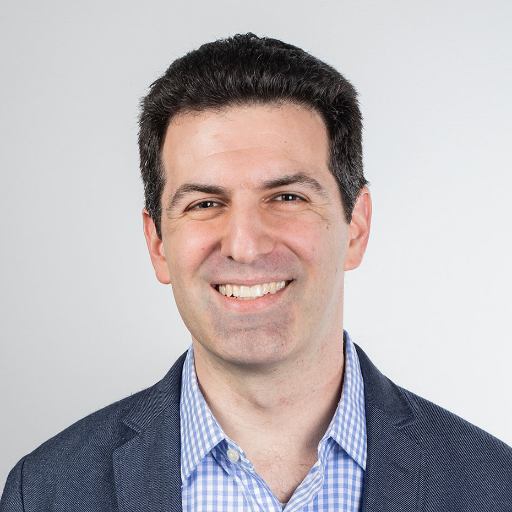 Doug Rand is the co-founder of Boundless, a technology company that empowers families to navigate the immigration system more confidently, rapidly, and affordably. Doug served in the Obama White House for over six years as Assistant Director for Entrepreneurship in the Office of Science and Technology Policy, with a portfolio spanning inclusive high-growth entrepreneurship, access to capital, clean energy innovation, commercialization of federally funded research, and high-skill immigration. 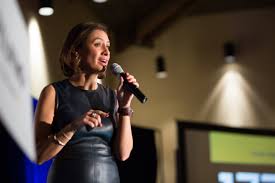 Kumar is also a Harvard graduate, and serves on the boards of EMILY’s List and the World Economic Forum’s Global Shapers. 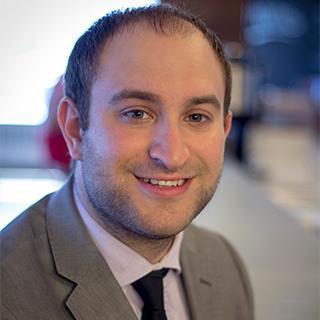 Matthew La Corte is the Government Affairs Manager for immigration policy at the Niskanen Center. He leads the immigration department’s legislative outreach efforts, focusing on DACA, employment and family visas, and refugee resettlement. His writing has been published in a wide range of outlets, including: the Wall Street Journal, USA Today, the Financial Times, and others. 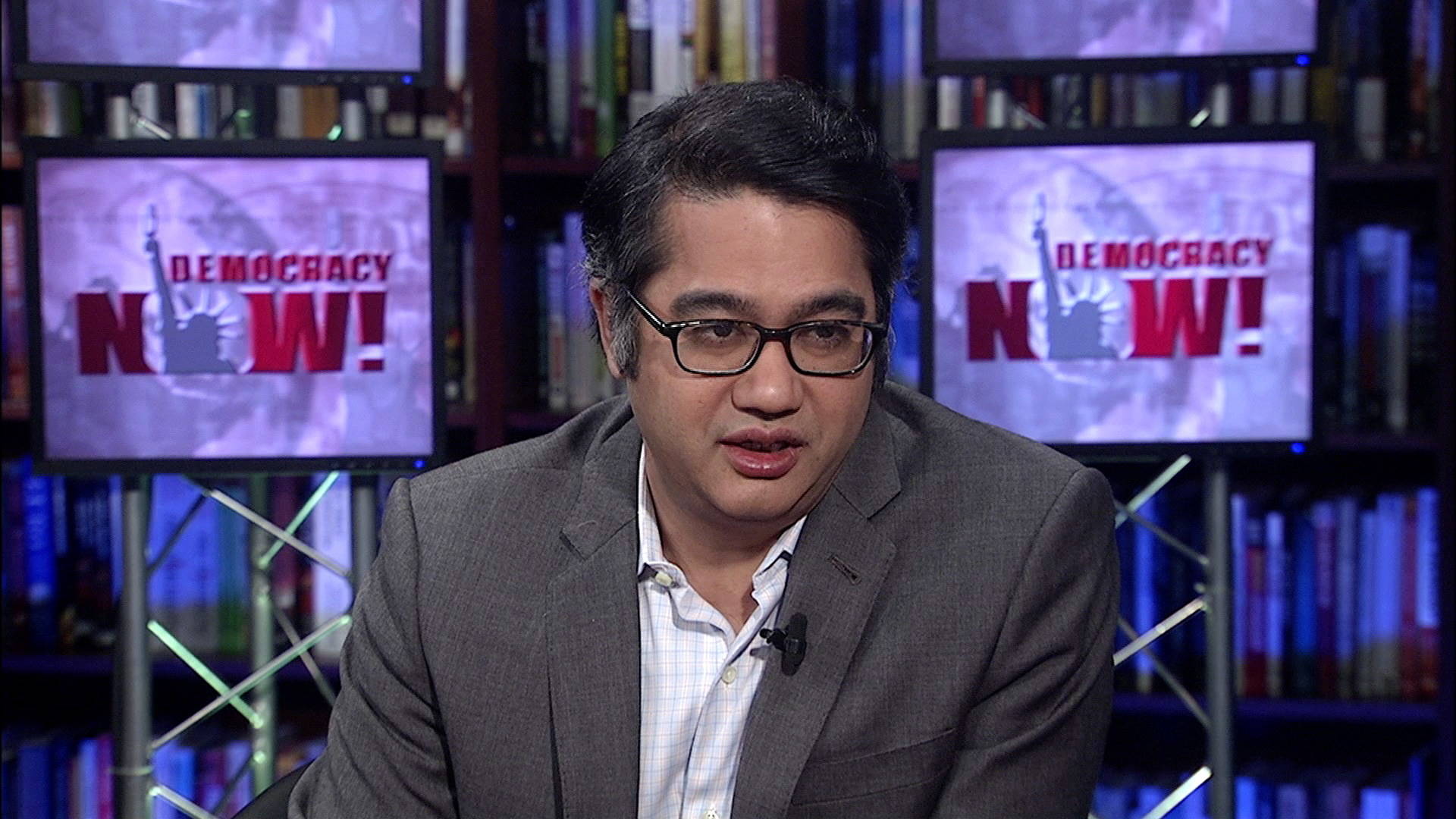 Omar Jadwat is an immigration advocate and Director of the ACLU Immigrants’ Rights Project. Omar has litigated numerous groundbreaking cases with the ACLU, including suits challenging the Trump administration’s Muslim ban; Arizona’s SB 1070 and other state and local anti-immigrant laws; and ICE’s use of immigration detainers. He graduated from NYU Law School and was a law clerk for Judge John G. Koeltl of the Southern District of New York. He is also an adjunct professor at NYU Law. 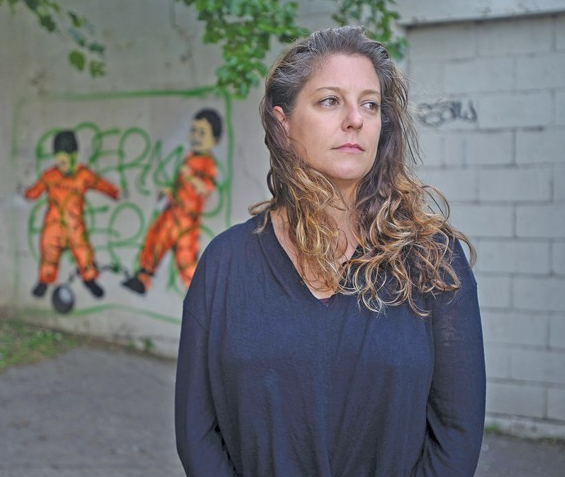 Lynn Tramonte is an immigration advocate and the founder of the Ohio Immigrant Alliance. She has been sounding alarms on the injustices of the American immigration system in her community for years, long before former President Donald Trump’s ICE agents began targeting families. She is also a passionate supporter and migrant justice advocate alongside the Interfaith Immigration Coalition. 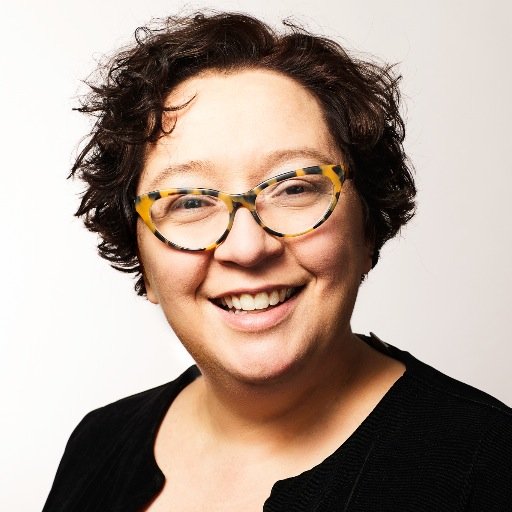 Amy is a 1998 graduate of the University of Pennsylvania Law School, where she volunteered extensively at Catholic Social Services preparing asylum applications. 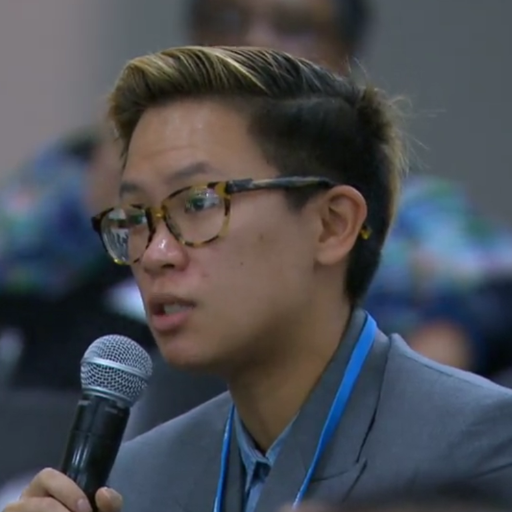 Kayly Ober is the Senior Advocate and Program Manager for the Climate Displacement Program at Refugees International. She also serves as a steering group member of the Climate, Migration, and Displacement Platform; a global network of practitioners and advocates with a common concern for climate justice and the human rights of migrants and displaced people.

Kayly has also worked as a policy specialist for the Asian Development Bank; and as a consultant at the World Bank, where she authored the flagship report “Groundswell: Preparing for Internal Climate Migration.”

Don’t have enough time to follow these immigration advocates and influencers? We’ll stay up to date for you on everything happening around immigration, and deliver ways for you to engage in the work of building a more humane and equitable system!

Lutheran Immigration and Refugee Service understands that positive change starts with knowledge. Check out our latest blog articles for immigration advocates and all those who stand for welcome.

On January 5th, the Biden administration announced plans to issue a new rule reviving Trump-era asylum bans that would deny people at the southern border 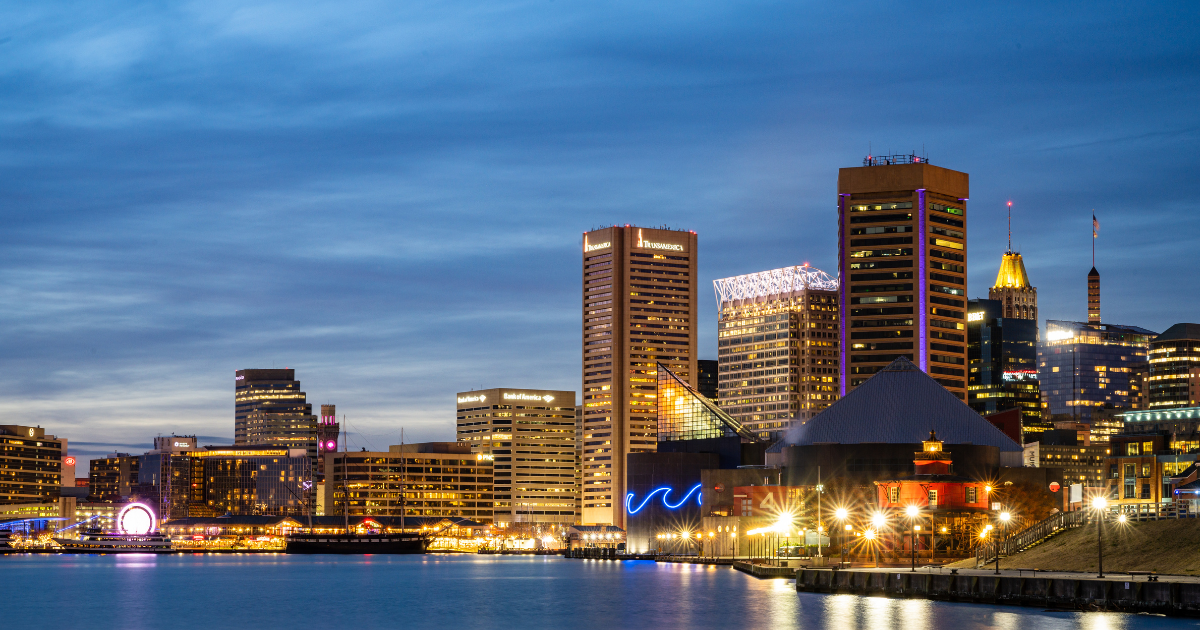 Lutheran Immigration and Refugee Service (LIRS) is incredibly grateful to announce a generous $400,000 gift from ELCA World Hunger. Since LIRS’s founding in 1939, the