Immigration Debate Isn’t for the ‘Faint of Heart,’ Says Don Kerwin of The Center for Migration Studies 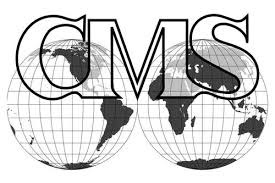 Don Kerwin, Executive Director of The Center for Migration Studies, discusses whether comprehensive immigration reform is the best political strategy going forward, the important role that faith communities play in creating understanding communities, and why the immigration debate isn’t for the easily bruised. This interview was carried out over email by LIRS Media Relations Specialist, Clarissa Perkins.

Clarissa Perkins (CP): You have been in the forefront of immigration advocacy for many years. How did you first become involved?

Don Kerwin (DK): Since I was a teenager, I wanted to devote myself to “social justice” work, which in Catholic teaching is akin to the concept of “contributory justice.” The idea is to work to build a society that allows all to participate and contribute, which of course is consistent with immigrant justice work. A formative experience was coordinating volunteers at the Luther Place woman’s shelter in Washington, D.C. in the early 1980s. My first work with immigrants was through a law school clinic directed by Alex Aleinikoff. I started work at the Catholic Legal Immigration Network, Inc. (CLINIC) in 1992.

Most of my work has not been what people typically think of as “advocacy.” At CLINIC, we did intensive administrative advocacy based on the needs of our member agencies, their clients, and our own clients. However, most of CLINIC’s work – then and now – was dedicated to building a large, strong and competent network of charitable legal programs for low-income and vulnerable immigrants. At present, CLINIC supports local charitable agencies (Catholic and non-Catholic) that provide legal and other services from 350 locations. Of course, one of our closest and most valued partners in this work was Lutheran Immigration and Refugee Service. We were also heavily involved in the creation of entities like the Detention Watch Network (DWN), the Capital Area Immigrant Rights (CAIR) coalition, and the Immigrant Advocates Network (IAN). These groups engage in very substantial and important advocacy, direct services, and capacity building work. The Migration Policy Institute, where I worked for three years and with whom I still collaborate, advocates in the sense of crafting and championing strong, evidence-based public policy ideas.

The Center for Migration Studies of New York (CMS), my current agency, is a small but growing think-tank and educational institute “devoted to the study of international migration, to the promotion of understanding between immigrants and receiving communities, and to public policies that safeguard the dignity and rights of migrants, refugees and newcomers.” We publish and promote research, scholarship and public policy analysis. Our orientation is toward the well-being and security of those at the heart of the migration phenomenon – the migrants, their families and the members of sending and receiving communities. I have also been fortunate to work with the American Bar Association’s Commission on Immigration, which has done terrifically important work on immigrant detention, due process, and access to justice issues.

Finally, I am a proud and longstanding board member of the Border Network for Human Rights (BNHR), a coalition of more than 700 families in El Paso and Southern New Mexico, which supports humane and accountable border policies. I can’t think of more important work than BNHR’s work these days.

CP: Since you’ve been involved in immigration issues, how have you seen the field change?

DK: The immigration field has expanded in every way. It still benefits from the participation of large, established business, labor, faith, legal, and other entities. Over the last 20 years, it has also seen remarkable growth in charitable immigration service-providers; state and local coalitions; community-organizing groups; immigrant-led coalitions; advocacy groups with communications expertise; foundations and other philanthropic entities; think-tanks with different philosophical touchstones; and groups on a national and local level that support diminished immigration and greater enforcement. As a result, the field has become better informed, more sophisticated, and perhaps more polarized as well. It is probably true – as the Federation for American Immigration Reform has argued – that immigration issues are too contentious and carefully tracked at this point for there to be any surprises, easy legislative successes, or for blue ribbon commission reports to have the influence that they once did. The immigration debate is increasingly engaged at a more granular level, and it’s definitely not for the easily bruised or the faint of heart.

CP: What policy do you think is most needed in comprehensive immigration reform?

DK: The United States needs comprehensive immigration reform (CIR) in the form of legislation that creates a humane, effective enforcement system, legalizes a large percentage of the unauthorized, and fixes the underlying legal immigration system. Of these three-prongs, the need to reform the legal immigration system – to make the laws accountable to U.S. labor, economic, and family needs, and to allow for sufficient flexibility in admissions to accommodate changed needs and circumstances – is the most pressing. Without a legal immigration system that serves the national interest in real time, the United States will not be able to create an effective enforcement system and may again face a large unauthorized population in the future.

The Senate-passed legislation (S. 744) is hardly perfect. The Corker-Hoeven amendment, for example, would substantially degrade life in border communities, throw more resources at systems that do not need them, and do little to address legitimate enforcement needs. The Hatch amendment, which would deny Social Security benefits to legalized persons who earned them, is unworthy of our nation. Despite these and other problems, S. 744 makes a good-faith, bi-partisan attempt to address a range of needs. Some Congress members now argue that they have not been able to review the bill and that it is too long and complex. How much time do they need? The contours of the bill are well known, as is the CIR framework. That said, while CIR would be the best policy solution, broad legislation is always difficult to pass (and easy to kill). Thus, it’s an open question whether pursuing CIR is the best political strategy. I do not have strong thoughts on this issue, but think it’s significant that most legalization bills in U.S. history – and there have been a constant stream of them since the 1920s – have covered more modest populations.

CP: What is the issue around which immigrants and their new communities have the most to gain by achieving better mutual understanding?

DK: All of the issues related to building strong, rights-respecting communities – economic development, education, community safety, social cohesion, and others – would benefit from a sober, unbiased look at the immigrants themselves. By and large, immigrants are family-oriented, hard-working, and self-sacrificing people. Many bring strong religious and spiritual traditions with them. Immigration violations have been criminalized over the last 25 years and the unauthorized have been cast as a group of undifferentiated lawbreakers, but immigrants are the most unlikely “criminal” class that you could meet. They care for our children, our sick and our elderly. They prepare our food. They want what we all do: to build better lives for themselves, their families and their communities. Most immigrants hold what Michael Gerson has called “emblematic” American values. They want to contribute, and it would benefit all of us if they were allowed to contribute fully and without the impediment of laws that divide their families and diminish their prospects.

CP: How do you suggest we work to achieve this understanding?

DK: Faith communities have a particularly important role to play in this regard. They can remind us of the dignity of immigrants, of our responsibilities to each other, and of the values at the heart of so many religious traditions – values like justice and hospitality. They teach that we are all the children of God, and that this identity is far more important than differences rooted in our immigration system or in how people are characterized in our immigration debate. Faith leaders can speak very directly to the hopes and aspirations of their congregants. They can also remind us that while democratically enacted laws deserve respect, they can and should change if they offend human dignity and no longer serve our nation’s interests.

Beyond this interview, you can click here to learn the latest about immigration reform legislation or raise your voice to Congress by visiting our Action Center.