Immigration Detention: Christina Mansfield Speaks Out on Our Broken System 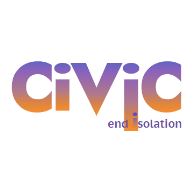 On this blog, I try to share both my thoughts and those of others standing for welcome at LIRS and nationwide.  Today, I’d like to introduce an interview by Luke Telander, Program Associate for Outreach at LIRS, with Christina Mansfield, co-founder of Detention Dialogues, the first detention visitation program in California, co-founder and co-Executive Director of CIVIC (Community Initiatives for Visiting Immigrants in Confinement), and member of the steering committee of the Detention Watch Network.

The human cost of America’s immigration detention system is staggering.  While it’s not splashed across the news as frequently as other immigration issues,  conditions in detention frequently fall below United Nations standards, and include treatment such as solitary confinement. A lack of access to counsel and other basic human rights are all too common.

That’s why the work of activists like Christina Mansfield is so important. She and her colleagues are organizing detention visitation networks and advocating for humane and just alternatives to detention.  Through the dedicated work of activists, we can begin to move past our unnecessary and destructive detention paradigm.  Here are her thoughts, shared via email:

Luke Telander (LT): What first motivated you to work in immigration detention visitation?

Christina Mansfield (CM): I started studying the immigration detention system in 2007 when I was earning my M.A. degree in Cultural Anthropology.  I decided that I wanted to study a pilot program along the border called Operation Streamline, which criminally prosecutes people who are apprehended crossing the US/Mexico border.  As part of this research, I traveled to Tucson, Arizona, and sat in on an Operation Streamline court proceeding.   I was absolutely shocked by what I witnessed in that courtroom.  In the span of only one hour, 80 men and a few women, none of them white, were mass prosecuted for “entry” or “reentry” and sentenced to various terms in federal prisons.  The defendants were brought out in orange jumpsuits and shackled at the hands, ankles and feet.  The judge read out where each person was apprehended, at what time, and instructed him or her to plead guilty or not guilty.  No one pleaded not guilty.   When it was time for sentencing the defendants were brought before the judge in groups of 10 and each group of 10 was assigned to one public attorney.  The judge proceeded to sentence these migrants who risked their lives to cross the border to terms in prison, sometimes for years.   All of the defendants were criminally prosecuted and banned from returning to the United States for at least 10 years.  I remember being struck by how the experience felt like a sham performance, and an incredibly cruel one at that.  Even worse, I was the only person sitting in that courtroom.  I felt my own privilege that I had taken for granted and a tremendous sense of responsibility in witnessing that proceeding.  Outside it was a beautiful spring day and inside criminals were being manufactured, as human beings were sentenced to imprisonment and social death.  There are some significant differences between Operation Streamline, which criminally prosecutes migrants and immigration detention, which is a consequence (and punishment) for a civil violation of immigration law.  But at the end of the day, whether the system is criminal or civil, it is criminalizing (making criminals) immigrants and migrants, punishing them, and tearing families apart.

LT: What has been the most difficult thing about working in detention?

CM: I find the most difficult thing is witnessing the racism that I believe is the root cause of the immigration detention system and all of the unnecessary suffering it causes.  Also, I often feel an extreme sense of helplessness because our ability to advocate for people in immigration detention is restricted by the policies of Immigration and Customs Enforcement (ICE) and the jail/detention center staff with whom they contract.  For example, there is no legally protected right to visitation or a free phone call for immigrants in detention.  As a result, the people we meet in detention are very isolated, separated from their families and everything that makes life meaningful.  This is heartbreaking and our ability to end isolation and protect against human rights abuses is often thwarted by restrictive phone and visitation policies and concerns for “security.”  The concern for “security” is invoked often and what it really means is that jail/detention center staff and ICE will not allow CIVIC volunteers to remain in contact with people in detention.  The stated justification for perpetuating this isolation is that the government or jail staff is protecting the privacy and safety of people in detention.  However, I think this logic of “protecting” people by isolating and imprisoning them, while making a profit, is clearly ridiculous.  Although I am astonished every day by how advocates in CIVIC’s network are able to support immigrants in detention in inspiring and creative ways, for me there is always an underlying sense of defeat and despair.  I think this feeling is simply the nature of working to improve a system that is so corrupted and broken.

LT: One of Detention Dialogues’ programs focuses on student awareness.  What has been the response among students to this issue?

LT: What is the most common public misconception about detention?

LT: Why must detention reform be a critical part of comprehensive immigration reform?

LT: What makes you hopeful for the future of immigration detention?

CM: The only thing I remain hopeful about with regards to the future of immigration detention is that the system may not have a future in this country.  The United States is plagued by a sense of amnesia and an unwillingness to take responsibility for injustices in our past.  I believe the immigration detention system will go down in history as another unjust and unnecessary system of social control.  I believe people in the future will feel ashamed of the way their country imprisoned vulnerable people who do not deserve such punishment.   I remain hopeful that through education, advocacy, and movement building we can induce this kind of reflection in the present and not wait until it is too late to act, when these injustices are only memories that live safely in the past.