Immigration Detention: Jessica Colotl Speaks Out on Immigration Reform and the Need for Change 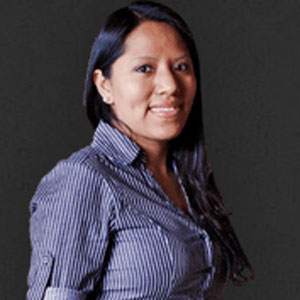 On this blog, I try to share both my thoughts and those of others standing for welcome at LIRS and nationwide.  Today, I’d like to introduce an interview by Luke Telander, Program Associate for Outreach at LIRS, with immigrant rights activist Jessica Colotl.

Jessica Colotl has experienced the destructive power of the American detention system and emerged as a leading voice for justice in immigration reform.  She has been able to tell her story, that of a young college student with a bright future needlessly subjected the inhumanity and substandard conditions of our detention centers, to a wide audience.  She has been able to draw strength and perspective from her experiences, and challenge the preconceptions that many Americans have about undocumented immigrants and our detention system. During the media frenzy around her case, she became a symbol of the broken aspects of our immigration system.

Today, she is a symbol of the dynamism and achievement of our nation’s immigrants, and why our country will only grown stronger as we become more welcoming. We were lucky enough to speak with her on those immigration reform and detention justice via email.  To hear more about her experiences, visit our previous interview on her activism and work with the National Center for Civil and Human Rights, or check out our interview with illustrator Ryan Schill, who created a graphic novel telling her story.

Luke Telander (LT): How do you draw on your experiences to give you the strength to fight for justice?

Jessica Colotl (JC): My first-hand experiences in the immigration system give me the strength to fight for justice. I think that when you experience something of this nature, being detained by immigration, it gives you a different perspective about the system and makes you want to fight for what you believe in.

LT: How have you seen the conversation around detention change since your initial arrest in 2010?

JC: While it is great that many pro-immigration as well as other organizations are working very hard to improve conditions in detention, it is unfortunate that there has not been much change in the detention system since my initial arrest in 2010. I personally continue to hear the same stories over and over; inmates complaining about housing, food, recreation time, visitation, and inadequate medical attention. It is awful and it breaks my heart to continue to hear the same complaints all the time.

JC: I think that the sole fact that someone is detained for a long period of time is traumatizing. With this being said, it is even worse when someone is placed in solitary confinement, particularly because  you can’t talk to other inmates and you have no recreation time at all which could lead to depression. Being detained is a horrible experience in life and it can really make you or break you as a person and you have to deal with this for the rest of your life.

LT: What is the one thing you would want to say to Congress about immigration reform and detention if given the chance?

JC: The only thing that I would say to Congress about immigration reform and detention if given a chance is that the perfect time has come and we need  immigration reform to bring justice to the many American families suffering today. We need to recognize on paper these Americans at heart. We all deserve a chance in this great country founded by immigrants.  We want nothing but to offer our very best to this country that we have called home for so many years.

LT: What gives you the most hope about the current drive for immigration reform?

LT: How do you want to continue your activism in the future?

JC: In the future, I want to continue with my activism  by speaking out about immigration reform and educating others about legal and undocumented immigrants.