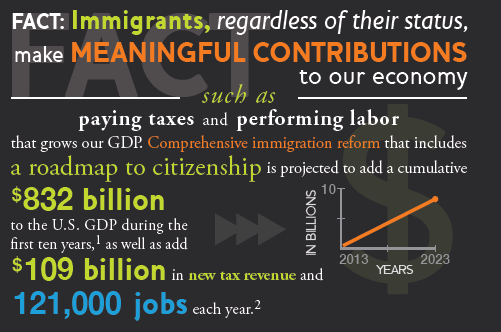 We’ve heard all sorts of myths about immigration: “Immigration does not promote economic growth!” “Immigrants steal our jobs!” “Immigrants depress our wages!”

In 2011, economist Ben Powell “exploded” some of these myths with graphs, data, and well-researched facts. He explained that an increase in workers creates new jobs and grows our economy. The key to immigrant labor is that it doesn’t substitute American labor, but complements it, freeing all workers to do what they’re best at.