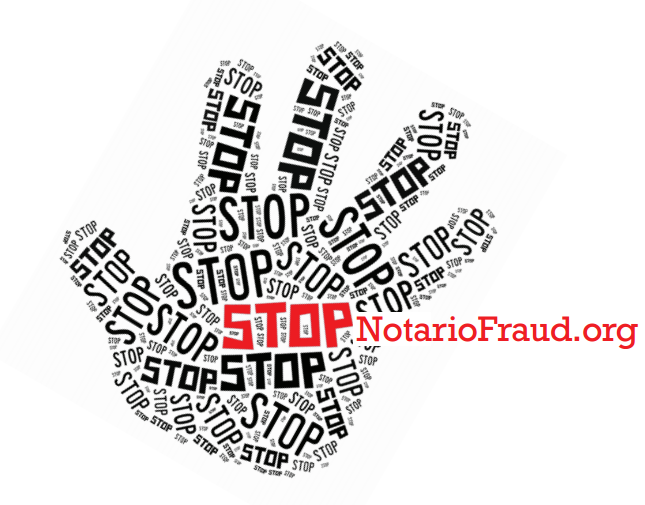 Through this blog, I have the opportunity not only to share my voice, but also to lift up the voices of others standing for welcome at LIRS and throughout the nation. Today, I’d like to introduce an interview by Luke Telander, Program Associate for Outreach at LIRS. He speaks with Mary Carmen Madrid-Crost, National Consumer Protection & Unauthorized Practice of Law Action Committee, American Immigration Lawyers Association.

America’s immigration system is undeniably complicated and difficult to navigate. Immigrants seeking to apply for visas or citizenship often find the system bewildering, and unfortunately, there are many who seek to profit from this confusion, especially during the tumult of the current push for comprehensive immigration reform. This crime is called notario fraud, and it is widespread throughout immigrant communities around the nation. Unlicensed notarios prey on the immigrants’ confusion and fear, extorting thousands of dollars and even sometimes landing their clients in removal proceedings.

Fortunately, organizations like the American Immigration Lawyers Association (AILA) are taking heed and spreading the word against notario fraud to help immigrants protect themselves and their families. In response to the heightened risk of fraud during immigration reform, the AILA has launched a new PSA on the risk. We were lucky enough to talk with the AILA’s Mary Carmen Madrid-Cost on this important issue via email. Here are her thoughts:

Luke Telander (LT): Why are you committed to standing with immigrants, working against notario fraud and other injustices?

Mary Carmen Madrid-Crost (MM): In light of the complexity of U.S. immigration law, it is important that lawyers are accessible to explain the law to immigrants. There are many reasons why immigrants are afraid to approach lawyers: language barrier, fear of getting into a financial commitment they cannot afford, or they simply don’t know who to approach. Unsuspecting immigrants then become vulnerable to notarios who are able to make promises of things that are either too easy or too good to be true, which is often enough to convince them to part with their money.

No one should take advantage of immigrants who work hard and try their best to improve their lives and help their families. Immigrants deserve protection from fraudulent notarios and the misleading advice of unauthorized immigration consultants.

LT: Can you explain notario fraud in brief?

MM: Notario fraud happens when someone, who is not authorized to provide legal advice or services, convincingly pretends to offer help that will not be delivered after the victim has parted with their money.

Unauthorized immigration consultants may or may not have fraudulent intent. Regardless of the intent, victims stand to suffer the same extent of damage from the wrong or incomplete advice of unauthorized immigration consultants. As such, it is important to warn against relying on the advice provided by any individual or business. U.S. law clearly specifies who can provide immigration-related legal advice and assistance: an attorney licensed to practice law or an Accredited Representative in a non-profit organization recognized by the Board of Immigration Appeals.

LT: In addition to defrauding immigrants of thousands of dollars, how else does notario fraud harm immigrants?

MM: The wrong advice can be costly in terms of: (a) missed opportunities for immigration benefits; (b) lengthy separation between loved ones when certain services are not filed on time; (c) being placed in removal proceedings; (d) being ordered removed in absentia, and (e) losing their hard –earned savings.

LT: Why did you choose to release a PSA on notario fraud now? How has notario fraud changed/worsened with the uncertain climate surrounding immigration reform?

MM: Immigration reform legislation is a hot topic in the news. With the introduction of the bipartisan Senate Bill S. 744, some people think that the “new law” is here. Although the proposed bill is far from becoming law, unauthorized immigration consultants are now positioning to prey upon immigrants. By using the news to instill a sense of urgency among immigrants, they are telling them to “fall in line” now to avail themselves of the benefits offered by the “new law” or risk losing out. By offering a simple, straightforward public service announcement to our members and other stakeholders (now available in English, Spanish, Portuguese, and additional languages in the near future), we hope that local and ethnic newspapers, as well as other outlets, will help us reach out to vulnerable immigrants and their families to let them know that no law has changed and they should not let scammers take advantage of them.

LT: What redress do victims of notario fraud have?

MM: Victims may file civil actions against notarios to seek damages, restitution of the money paid to the notario, and allowable attorney’s fees, to mention a few. Federal and state laws, as well as local ordinances, serve as bases for filing complaints against notarios, and determine the form of relief available to victims. Criminal cases can be filed against the notario by local, state, or federal authorities.

Organizations such as the American Immigration Lawyers Association (AILA) and the Fight Notario Fraud project of the American Bar Association (ABA) are committed to helping victims seek redress against fraudulent notarios. The independent website, www.stopnotariofraud.org, is an excellent site for victims to educate themselves and locate resources if they have been victimized.

LT: What should people do if they know or suspect an instance of notario fraud?

MM: People should immediately notify the authorities and concerned organizations about known or suspected fraudulent notario activities. People should not be afraid to come forward.

Victims may: anonymously report notario activities to the Federal Trade Commission (FTC)’s Consumer Sentinel and state consumer protection authorities; file a complaint with the Attorney General’s Office in the state where the fraud is perpetrated; report unauthorized practitioners to the bar association in their state and finally, report suspected criminal

LT: How can immigration lawyers help fight this crime?

MM: Immigration lawyers are in the best position to engage in the effort to stop notario fraud by:

(a)    helping in the education of immigrants about the dangers of seeking help from notarios and other individuals who are not authorized to assist in immigration matters and how they can avoid becoming a victim;

(b)   educating victims not to be afraid to seek redress, and directing them to government agencies or organizations that can help victims take action against fraudulent notarios;

(c)    encouraging victims to identify the perpetrators of fraud;

(d)   advocating for the protection of victims so that they can be encouraged to come out in the open and join the effort to stop notario fraud;

(e)   supporting legislation that imposes strong criminal sanctions against the perpetrators of fraud, and specifically supporting  pending immigration reform legislation, which includes important anti-notario provisions (for example, they can register support for the bill at www.popvox.com);

(f)     raising awareness among public officials, law enforcement agencies, and the general public about the dangers posed by notarios so that they too can engage in the fight against notario fraud, and encouraging them to support pending immigration reform legislation, which includes important anti-notario provisions;

(g)    promoting  www.stopnotariofraud.org, which provides a plethora of information on how to deal with the notario fraud problem, by displaying the badge on their web sites and e-mail signatures and mentioning this web site when writing immigration-related articles, discussing this topic on TV and radio, and whenever appropriate in their professional network; and

(h)   attorneys and consumers alike can “like” StopNotarioFraud.org’s Facebook page (www.facebook.com/stopnotariofraud) to help continue spreading the word and raising awareness about this important issue affecting our immigrant communities.

Click here or here for additional resources on this topic, and please share and spread the word about this important issue. Keep standing for welcome!