Immigration Reform 2013: Art Is a Powerful Tool in the Fight for Immigrant Justice | LIRS Skip to content

Immigration Reform 2013: Art Is a Powerful Tool in the Fight for Immigrant Justice 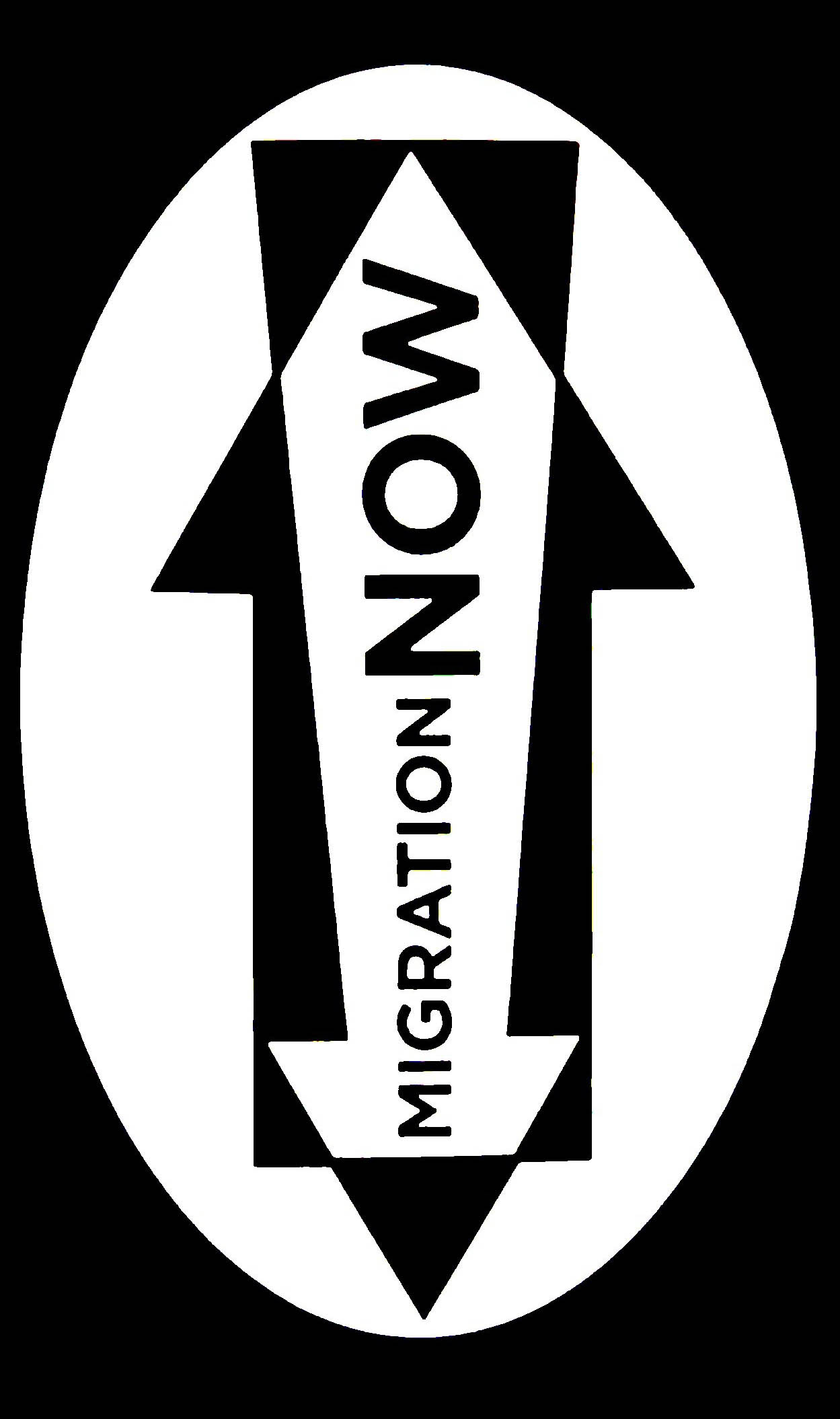 On this blog, I try to share both my thoughts and those of others standing for welcome at LIRS and nationwide.  Today, I’d like to introduce an interview by Luke Telander, Program Associate for Outreach at LIRS, with artist activists Roger Peet of JustSeeds Artists’ Cooperative and Favianna Rodriguez of Justseeds, CultureStrike, and Presente.

While the media will continue to focus on the drama unfolding in Washington, immigration is not simply a political issue.  It has deep social and personal implications as well.  Immigration is incredibly complex, and viewing immigrants simply as statistics or demographics does not give the full picture of immigration in America, or the dire need for immigration reform in 2013.  Only through humanizing immigration will the minds and hearts of Americans become more compassionate towards our newcomers.

The new Migration Now project aims to do just that.  The project, a collaboration between CultureStrike and Justseeds, includes over 30 original prints from migrant artists from a wide variety of backgrounds.  The prints represent the wide variety of intersections between migration and other social issues, and present powerful, clever, and often times jarring representations of both injustice and hope, calling for migration to be “re-imagined as an inevitability, as a social practice that is not to be prevented but to be related to, like weather.”

I was lucky enough to speak with Favianna Rodriguez and Roger Peet, both of whom have prints in Migration Now, via email interview.  Here are their thoughts, shared via email:

Luke Telander (LT): What personal experiences have led you to the Migration Now project?

Favianna Rodriguez (FR): Migration has defined my life experience in a major way, starting with my upbringing. I care about migrant rights because I love the migrants in my life. My parents came from Peru to California in the late 1960s. They did not attend college, but worked tirelessly to make sure I received an excellent education.  Gradually more and more of my family members migrated to the United States, and our home was a place where they would land and spend a few months, sometimes years. I was seven years old when Reagan passed the last legalization package that I have seen in my lifetime, I was 16 when Governor Pete Wilson began a crusade against migrants, and I was in my 20s when the first migrant rights marches swept the United States. As the political situation for migrants has hit a devastating low, I feel that it is my responsibility as an artist and U.S. citizen to use my privilege to fix the laws that tragically affect the people I love in my family and community.

Roger Peet (RP): I’m an immigrant to the United States. I came here in 1988 with my mother, from the United Kingdom. We lived in Tucson when I was young, and being close to that border revealed to me a lot of what is cruel and pointless about the idea of borders in general. Anti-immigrant prejudice has always seemed to me like something that is politically useful, rather than logical – it’s founded on a willful ignorance of the source of conflict in a deeply unequal capitalist society. When Favi came up with the idea for this portfolio, I jumped at the chance to coordinate it with her- I love diverse perspectives, and producing something like this is a great way to curate a lot of different visions and ideas and experiences that can sit next to and inform each other.

LT: What role do you think art plays in the movement for social justice and human rights?

RP: Art is a critical part of any such movement. It serves to communicate ideas to people, and at the same time it provides an affirmation to the people who believe in something and are working to make it real. The visualization of alternate realities is a potent tool when one is trying to create change, and art can make that visualization coherent and present it to a public. Art is made up of ideas, and the more the better.

FR: Not only does art have the power to shape thoughts and change hearts, Art also has the ability to inform our laws, change society, and speak truth to power. Art can be used to tell the stories that about the millions of human beings – the mothers, the children, the students, the workers – who are suffering due to an unjust immigration system that does not honor their human rights. There’s a saying that says “art workers don’t kiss ass,” and that is so true. The awesome thing about being an artist is that we have space to do the most controversial, in-your-face content that you can imagine.

LT: What is Just Seeds and how did it form?

RP: Justseeds was originally the distribution project of Josh MacPhee, where he sold zines and books and art that he produced, while also including some work made by friends. It grew steadily for a number of years, and the day-to-day order taking and mailing of items was being done by people at a national magazine which suddenly incurred a massive financial crisis and collapsed. Josh was saddled with a lot of debt and unpaid bills, and not wanting to repeat that process, reached out to the people who had been peripherally involved in the project with the idea of making it a cooperative. There were about twenty of us in the first round, and we set it up as our own, making decisions as a group, doing projects together and running an online business.

LT: What is the motivation behind Migration Now?

FR: It was important for us to as a collective of artists who care about social justice to create art work around this issue because it is at the forefront of national and global politics. Many of us view art as a way to help the public imagine what change might look and feel like. Roger and I wanted to inspire a conversation around immigration that went beyond criminalization and that humanized the issue. We wanted to highlight migration as a natural phenomenon, not a problem – something that simply is. While news cycles and political organizing focus on the moment, we hoped to focus instead on the fundamental freedom to migrate – migration as a human right and a natural process that evolves out of social relationships. We received strong support from our collective, Justseeds, as well as CultureStrike, a pro-migrant arts organization that I am involved with.

LT: What are the main themes that have emerged in the art?

FR: The portfolio has a wide variety of themes that demonstrate the full complexity of the immigration issue, including the devastating effect of deportation; family separation and the effects on children; the ecological impacts of the militarized U.S.-Mexico border; the recognition of human rights for all human beings; the power of undocumented folks who have come out with their status as “Undocumented and Unafraid”; the effects of the drug war; and the intersection of LGBTQ rights and migrant rights.

LT: Can you tell us a little bit about some of the individual pieces?

FR: The piece by Ray Hernandez is a representation of the economic, mental, academic, and physical struggles that undocumented students have experienced in order to reach their dreams. Since 2001, undocumented students, also known as DREAMers, have been organizing, advocating, fighting, coming out of the shadows, and sharing their testimonies in order to legalize their status in the United States. Ray has merged his art and his organizing practice to uplift the stories of undocumented folks.

The print by Felipe Baeza’s print has taken inspiration from the LGBTQ youth who have been in the forefront of the undocumented youth movement. Baeza’s print reflects the need for LGBTQ communities and immigrant communities to form strategic alliances in order to ensure equal rights for all. Baeza’s life experiences as undocumented and queer has led him to understand that both of these movements are part of a larger struggle for universal human rights and will use his art as a tool to participate in this narrative.

The piece by Roger Peet is about the drug war and the consequences that U.S. drug policy have had for people and wild nature on both sides of the border. As the drug cartel wars have raged across Mexico during the past decade, both human and animal migrants have been caught up in the escalating violence. People moving north to escape the desperate poverty that trade agreements have imposed on them find themselves at the mercy of armed gangs when trying to reach the United States. At the same time those gangs are clear-cutting Mexico’s forests, where the famous monarch butterfly spends its winters. This piece is an attempt to link migrant issues with ecological issues, which are vital for every movement to consider.

Meredith Stern’s piece addresses the crisis that arises from deportation, when families are sundered by the arbitrary expulsion of some of their members. The crisis in immigration policy in this country is made starkly evident when considering this phenomenon, of families broken up and sent away from each other: children left behind when parents are forcibly repatriated are being punished through no action of their own.

LT: How do you imagine Migration Now contributing to the greater efforts for comprehensive immigration reform?

FR: We are hoping that the art inspires viewers to imagine what REAL reform would be, REAL reform that offers a pathway to citizenship for ALL 11 million migrants in the United States; REAL reform that ends the nightmares of deportations and an end to failed enforcement programs; REAL reform that values all workers, including low-wage workers, and respects worker rights.  It is ridiculous that while the president and Congress are calling for immigration reform, there has not been a stop to the deportations, which are now at about 1,000 a day. As the debate takes front and center the next few months, this art a framework for people to think about the consequences of unjust laws, and to think critically about enforcement.  Ultimately we want to push the conversation more to the left, in the hopes that a stronger and better bill will emerge.

LT: What does Just Seeds/Culturestrike have planned for the future?

RP: Justseeds as a group will continue to produce engaged artwork and support each other as artists. We’ll be at the Southern Graphics Conference in Milwaukee later this month producing a series of huge prints addressing labor issues and hosting a shadow conference of political printmakers.  We’ve added some new members over the last few years and are expanding the scope of our projects to include large-scale installations, lectures, live-printing workshops, and portfolios like this one, all while continuing to support each other as artists and friends.

FR: CultureStrike will be hosting art events, exhibits, music jams, and performances around the country featuring undocumented artists and their allies. We want to support the grassroots organizing on the ground with art and culture, tools whose power should not be estimated.