Immigration Reform 2013: Can It Empower Kids Caught in the System? 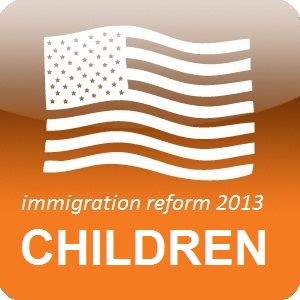 As the immigration reform debate heats up and children’s rights enter the spotlight, I’m delighted to have the chance to lift up the thoughts of Jade Jackson, LIRS Child Services Placement Coordinator.

As a person committed to ensuring the success and empowerment of young people worldwide, I’ve come to appreciate the value of stories in my work.

Beginning when a minor enters care in a shelter or foster home, they are asked to tell their story.  Minors detail their reasons for leaving classmates, family members, and communities behind.  They explain their ambitions: becoming a lawyer, a basketball player, or simply seeing their mother for the first time in 10 years.

As the minor embarks on a journey through the U.S. immigration system, their stories continue.  There’s the father who won’t accompany his son to immigration hearings, because he fears that as an undocumented worker, he may be deported and unable to provide for his family.  There are stories of children who lack formal education because they couldn’t attend school because they feared the gang violence ravaging their streets.  And finally, there are the stories of children who have successfully obtained legal relief, but only after leaving behind their entire life in hopes of a promising alternative in the United States.

We work, motivated by these stories, to help children enroll in school, find pro bono attorneys, or secure public assistance.  Yet, we are forced to work in a broken system. As Congress meets to tackle reforming the immigration process, we must advocate for the inclusion of children in whatever legislation emerges.

In that context of reform, and with all the children’s stories still strong in my mind, I’m glad to say that LIRS has endorsed the “Principles for Children in Immigration Reform” set forth by the bipartisan children’s advocacy organization First Focus and the Women’s Refugee Commission.

The groups’ immigration reform principles include:

If you, like me, are committed to an America whose immigration system protects and empowers children, I hope you’ll read more about the principles here.