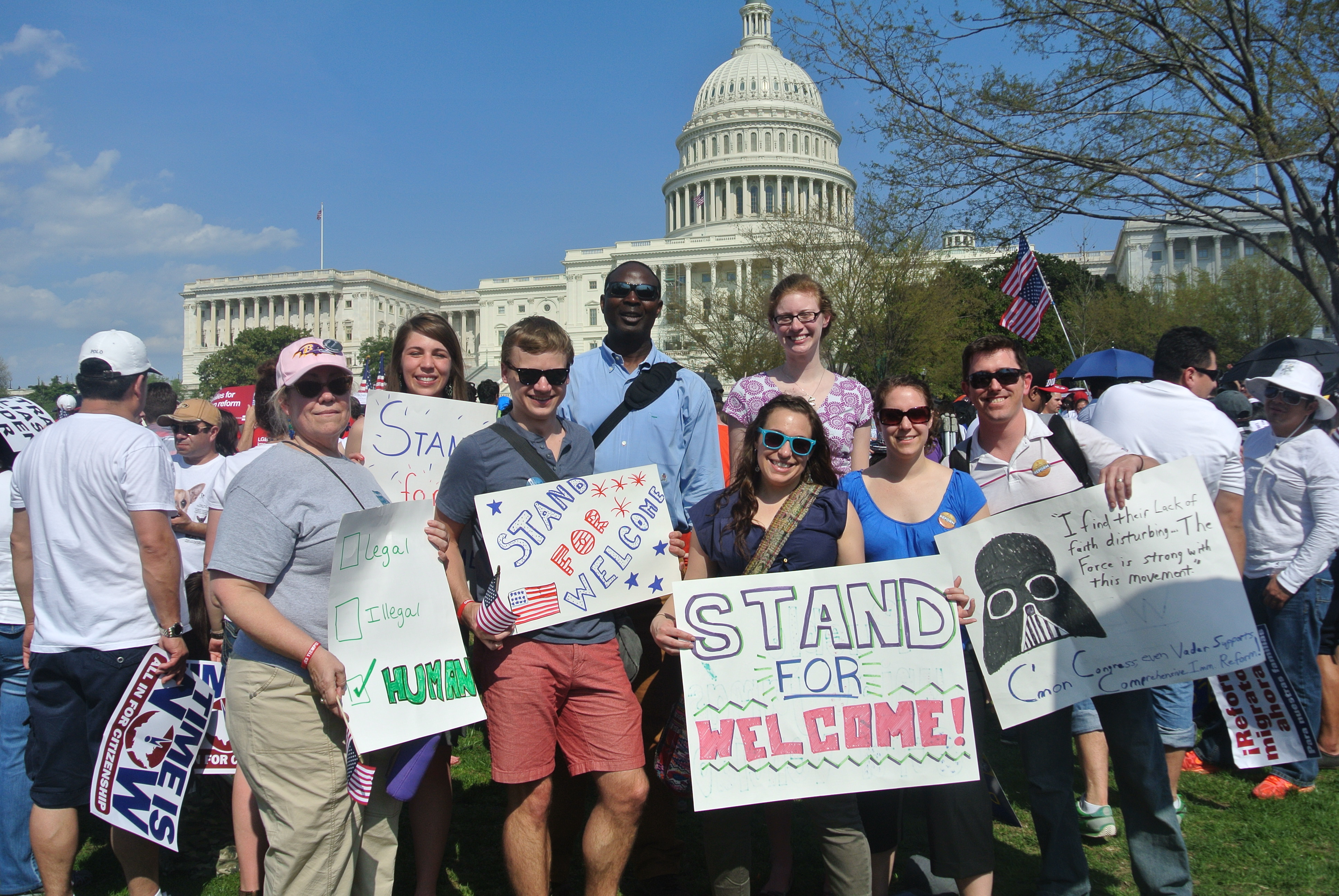 The majority of Americans are calling for immigration reform now that keeps families together and offers a roadmap to earned citizenship — because family unity is vital to our congregations and communities, and because this reform is smart for our economy and our country. So I’m proud of LIRS’s participation in yesterday’s rally for reform on Capitol Hill. Below is an eyewitness account from Project Associate for Outreach Luke Telander.

LIRS sent a strong contingent to yesterday’s Rally for Citizenship outside the Capitol Building in Washington, D.C., where America’s growing diversity was on proud display.  Thousands of people and organizations from all over the country waved signs of every color, bearing slogans in everything from Korean to Spanish, all supporting comprehensive immigration reform. Faith leaders of all kinds, including Jews, Muslims, Catholics, and evangelicals, took the stage at the rally hosted by CASA de Maryland and Service Employees International Union 32BJ. Other speakers included Rep. Luis Guttierez (D-IL), NAACP President Ben Jealous, and SEIU President Mary Kay Henry.

The rally offered vivid proof that a broad coalition is coming together to demand action on comprehensive immigration reform that strengthens and supports all immigrants and their families, and that it’s time for Congress to take heed and act swiftly. 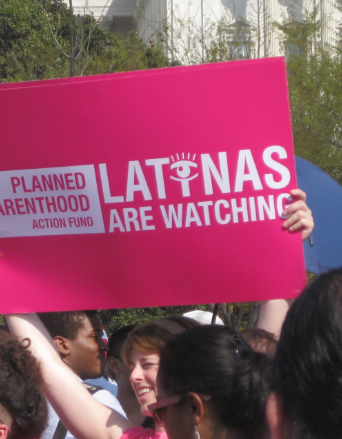 Several LIRS staff members were able to take part in the event and wanted to share their thoughts with you:

“It was an amazing experience to be part of such a colorful  broad movement of people — labor, faith community, LGBT, environmental groups, civil and human rights, Latinos from all walks of life — all pulling for rights and dignity for a group of people that have been historically locked out of the American mainstream.  It definitely had the feeling of euphoria, that we are on the cusp of a pivotal moment in our nation’s history, and I was proud to be experiencing it.” — Folabi Olagbaju, Mobilization Manager

“For me, the most striking thing was the presence of so many diverse organization: Planned Parenthood, the Progressive Labor Party, Rock the Vote, the National Organization of Women.  The support of these organizations really demonstrates the reality that comprehensive immigration reform is not just a ‘Latino’ issue, but an issue that resonates among all people working to promote equality and inclusion across our nation.”  —   Jade Jackson, Child Services Placement Coordinator 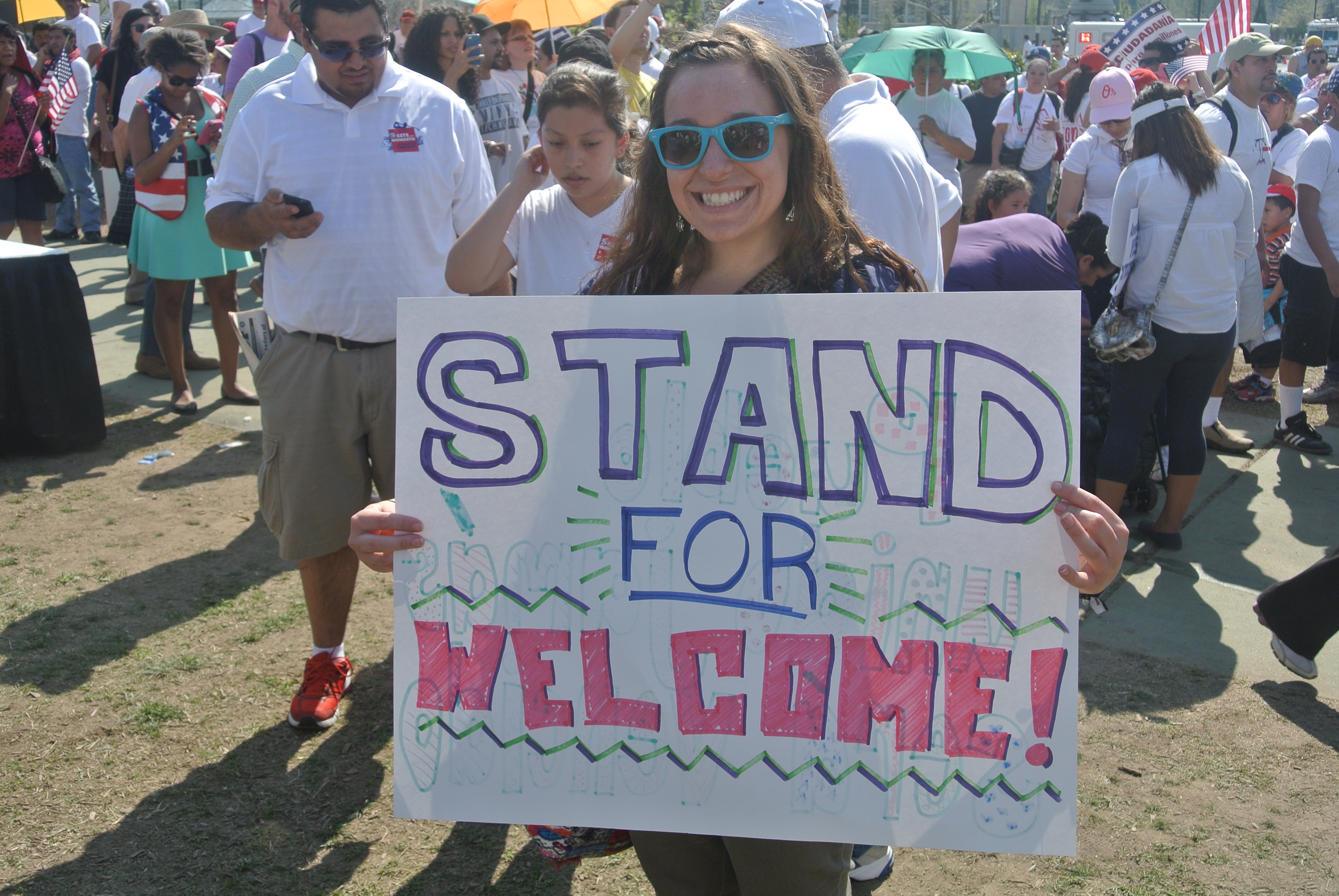 “It was simply amazing to see the diverse groups and organizations standing in solidarity for immigration reform.” — Terry Holthause, Travel Loans Manager

The diversity of interest groups at the rally only further served to confirm for me that immigration is at its crux about human beings, not statistics, economics, or nationalist zeal.  Human beings who, male or female, gay or straight, Black, Asian, White, or Latino, come together to make America a stronger nation.

Thanks to everyone who joined us at the rally for citizenship yesterday, and for those of you who couldn’t make it or want to further Stand for Welcome, please visit our Action Center and tell your members of Congress to enact immigration reform that safeguards family unity and a path to citizenship.