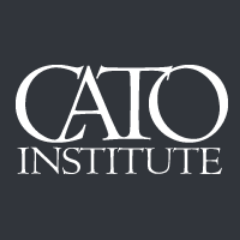 On this blog, I try to share both my thoughts and those of others standing for welcome at LIRS and nationwide.  Today, I’d like to introduce an interview by Luke Telander, Program Associate for Outreach at LIRS, with Dr. Leighton Ku, Professor of Health Policy and Director of the Center for Health Policy Research, George Washington University.

In a new report for the Cato Institute, however, health policy experts Dr. Leighton Ku and Dr. Brian Bruen tackle this myth head on.  Through their research, they find that immigrants are actually less likely to use public benefits than their native-born counterparts.  I was lucky enough to talk with Dr. Ku via an email interview.  Here are his thoughts:

Luke Telander (LT): How did you first become interested in immigration?

Leighton Ku (LK): I am the child of Asian immigrants, grew up in Texas where there are a large number of Latino immigrants and now live in a neighborhood in Washington D.C. that is the city’s melting pot, with a very multicultural population.  So I have always lived with and been interested in immigrants.

LT: Your background is in health policy.  What are the biggest health issues involved in the immigration policy debate?

LK: Because we haven’t seen much in terms of actual bills or legislative language, it is not yet clear what the main issues are.   One big, and potentially controversial, topic is the extent to which immigrants – including unauthorized immigrants who are “on the path to citizenship” – will be able to get access to public or private health insurance benefits.

LT: Can you tell us a little bit about your recent piece for the Cato Institute, “Poor Immigrants Use Public Benefits at a Lower Rate than Native-Born Citizens”?

LK: There is a persistent myth that immigrants are parasites who abuse the American system.  Some anti-immigrant organizations have claimed that immigrants use public benefits, like Medicaid or food stamps, much more than citizens.  We provided an independent analysis, based on the most recent Census data, that showed that this is untrue.  Low-income non-citizen immigrants are less likely to receive benefits than similar native-born citizens and, when they receive them, the value of benefits received is much lower.  The reality is that immigrants tend to be hard-working, even though they are often poor.  Moreover, as they spend more time in the United States, they get more job skills (e.g., their English language skills improve) that help them eventually gain economic parity with native-born Americans.

LT: There is a growing number of mixed-status families in America.  How has this affected your research?

LK: Most families headed by immigrants have U.S.-born children.  (I am a native-born citizen, even though my parents were immigrants).  These U.S.-born children are citizens and are accorded rights and responsibilities like other children.  Some of the misinformation about immigrants described above ignores the fact that most children in immigrant families are native-born U.S. citizens, which makes them eligible for benefits like Medicaid or the Children’s Health Insurance Program.

LT: Do you think that if the results of your research were more widely known to Americans, it would impact the debate over immigration reform?

LK: As a researcher, I always hope that research informs public policy decisions.  One of the reasons that we wanted to write a report for the Cato Institute – which is a libertarian organization – is that it reaches many people and policy makers who we might not normally be able to communicate with.

LT: What are you hoping to research next?

LK: We’d like to continue to follow the progress of the immigration reform debate and apply policy knowledge and research where it will help inform the debate.