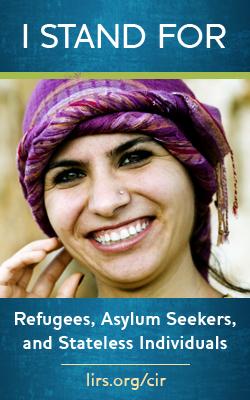 LIRS has carefully considered how S.744 would impact our five principles for reform. Details of our analysis are available now on our website, and we are releasing the analyses on our blog over the course of this week. Today, we take an in-depth look at protections for refugees and other vulnerable migrants. See also our analyses for family-based immigration and detention.

Congress is now considering comprehensive immigration reform, making this is a crucial moment to renew America’s commitment to vulnerable newcomers. Our proud history of protecting and welcoming victims of persecution and torture is at stake. Lutheran Immigration and Refugee Service (LIRS) has long sought to ensure that those fleeing persecution can find protection in the United States, unite refugee families, and improve opportunities for vulnerable migrants to feel welcomed by and become part of our communities and our nation.

Throughout the legislative process, lawmakers will be listening for voices from their constituents. It’s critical that they hear from you and everyone who stands for welcome for migrants and refugees. This is a moment of opportunity to encourage Congress to provide a roadmap to citizenship for undocumented immigrants and their families, ensure humane and just enforcement of our immigration laws, uphold family unity for migrants and refugees, improve our refugee and asylum processes, and protect U.S. citizen and migrant workers. Visit our Action Center and tell your representatives in Congress that you support  significant protections for refugees, asylum seekers, stateless individuals, and other vulnerable migrants in immigration reform. You can also keep tabs on the latest immigration reform developments by reading our Monday updates by Hill experts.