Immigration Reform 2013: Senators Should Heed Obama’s State of the Union Call to Action 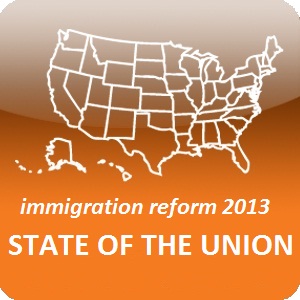 I was  heartened by the way last night’s State of the Union address made the case for immigration reform. Now, to borrow a line from the president’s speech, lawmakers need to use today’s Senate Judiciary Committee hearing to begin to “get it done.”

Thankfully, we saw the vision of fair and just reform come closer to reality last night, as members of both parties and chambers applauded the president’s call to action. For our part, LIRS and Lutherans will continue to lift up our voices and engage lawmakers from both parties to answer the president’s call for fair and compassionate reform that is both business and family friendly.

Today, Ash Wednesday, is a time for reflection, and we expect lawmakers in today’s Senate hearing to consider the somber plight of migrants and refugees facing family separation, detention, and life in the shadows under our broken immigration system.

As part of our commitment to act, LIRS co-sponsored an Ash Wednesday Service at 8:30a.m. across the street from the Hart Senate building, where the Judiciary Committee was scheduled to hold its hearing just an hour later. A group of diverse clergy from the Franciscans, Interfaith Worker Justice, Church World Service, and the United Church of Christ led the event. At the service, faith leaders called for national repentance from the structural sin of our broken immigration system that separates thousands of families every year and leaves children without parents. Clergy leaders also called on Congress to pass fair, compassionate immigration reform with a roadmap to citizenship.

•        Providing a roadmap to citizenship for undocumented immigrants and their families
•        Ensuring humane and just immigration enforcement, specifically by reducing use of detention
•        Safeguarding families from separation and ensuring sufficient visas for families seeking to reunite
•        Promoting integration of those fleeing persecution and other vulnerable migrants
•        Protecting U.S. citizen and migrant workers

I look forward to standing with President Obama this year as he signs a fair and just immigration reform bill into law—one that provides a roadmap to citizenship, ensures enforcement measures are humane and just, protects families from separation, promotes integration of vulnerable migrants, and protects U.S. and migrant workers. I know my LIRS colleagues and Lutherans across the country are also eager to see compassionate reform. So—let’s get it done!