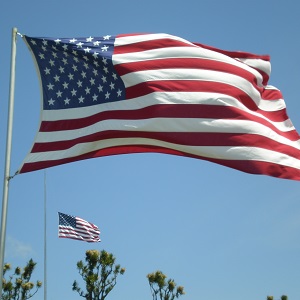 Immigration reform is seeing a rejuvenated push. The question is, will it become a reality in 2014?

Here to keep you up-to-date on the debate and legislative progress every Monday is THE UPDATE, a weekly blog series whose panel of experts will analyze how recent events affect the prospects for real reform. The panelists will offer an insider’s view of what’s happening right now on Capitol Hill, bolstered by their decades of experience with immigration reform and the legislative process. Media representatives who wish to speak with one of the panelists, please click here. If you would like to read previous editions of THE UPDATE, please click here. You can read the Spanish version at “Reforma migratoria de 2014: ‘LA ACTUALIZACIÓN’ para el lunes 13 de Enero.”

The New Year has brought new hope in the fight for immigration reform. Recently, The New York Times reported that Speaker Boehner may embrace immigration reform early in 2014. The packed legislative calendar along with the looming election season make the first half of 2014 the ideal time for the House to take up the issue. Still, it is important for outside groups, especially voices from the faith community, to continue to let their elected officials know they want reform now. Elected officials respond when their constituents speak out. Let us take the Apostle Paul’s admonition to heart as we enter 2014: “Let us not grow weary in doing good, for at the proper time we will reap a harvest if we do not give up.” (Galatians 6:9)

The New Year swept into DC with a flurry of optimism for immigration reform in 2014. This is a welcome sign following the stagnation of reform efforts in the House of Representatives since the Senate passed its comprehensive reform bill in June of 2013. Speaker Boehner wasted no time in addressing immigration, vowing on one of the first days of Congressional business in the New Year to release a set of conservative principles, described as a way for the House Leadership to spark action on immigration in the House. Politicians are not the only ones talking about immigration reform as a top issue in 2014. The U.S. Chamber of Commerce announced it has committed to “pull out all the stops” to see that immigration reform is enacted in 2014. Here at Lutheran Immigration and Refugee Service, we look forward to dedicating the New Year to working alongside members of Congress and civil society to enact fair and compassionate immigration reform.

The holiday season and the New Year offer a time for prayerful reflection and resolutions to do better for ourselves, our families, our communities, and our congregations. Many migrants and refugees in the United States, and their families and loved ones, are pleading that the New Year bring reform to our broken and inhumane immigration system. I was moved to learn of the story of Marco Gonzalez, a father in Detroit who left under a deportation order a few days after Christmas, leaving behind five children, a wife, a good job, and a saddened community. Last month, the Department of Homeland Security announced that nearly 369,000 men and women were deported in fiscal year 2013. Imagine the trauma and destruction in families and communities that result from each of these deportations, including the devastated Gonzalez family now struggling without their father. This is a moral crisis that unfolds every day across our nation, and that can be halted if Congress would enact immigration reform. Behind the statistics and rhetoric are families in pain; it is on their behalf that I’ll be working for immigration reform in 2014. We must not forget that.

THE UPDATE will appear every Monday until the dust settles on the legislative battle over comprehensive immigration reform. If you wish to raise your voice for fair reform, please visit our Action Center. You can also learn more about the issues by reading two interviews with someone personally impacted by America’s broken immigration system, Jessica Colotl. Also, don’t forget that you can subscribe to this blog by adding your email address to the box at the top left of this page.