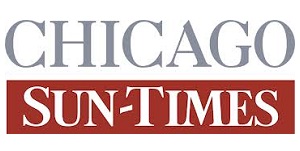 I’m happy to wrap up this week with a strong voice for fair, compassionate immigration reform.  The Rev. Dr. Stephen Bouman, Director for Domestic Ministry in the Evangelical Lutheran Church in America (ELCA) and former Bishop of the Metropolitan New York Synod, has penned a powerful op-ed that appears in the Chicago Sun-Times.

He begins his October 31 piece, “How Immigration Reform Would Help Chicago,” as follows:

Chicago is a city of immigrants, a microcosm of how new Americans can and do revitalize communities across our country. But for all Americans to benefit from what immigrants can offer, both economically and culturally, we need Congress to reform our immigration laws — thoughtfully, fairly and immediately. This is especially important this fall, as the House mulls critical decisions about reform that could have enormous consequences for our city.

I live in Edgewater, a North Side hub of immigration. If the House passes a comprehensive immigration reform bill like Senate Bill 744, which the Senate passed recently, that would benefit our community. First, it would better save our immigrant neighbors’ families from the trauma of being torn apart by detention and deportation. Second, it would help our undocumented neighbors come out of the shadows, where they’re often exploited. Third, and most important, reform would bring immigrants’ gifts for hard work and entrepreneurship to the table, rejuvenating everything from our business districts to our congregations.

After summing up the research and data that make clear how reform would benefit America’s businesses and communities, he examines the moral and scriptural arguments:

[A]s a pastor, morality speaks to me more powerfully than prosperity. As someone whose ministry has been deeply involved in working with immigrants and refugees, I’ve learned that we need to take seriously, at this critical moment, the biblical word from the book of Deuteronomy “you shall also love the stranger, for you were strangers in the land of Egypt.”

If the House continues to drag its feet on comprehensive immigration reform, it’s most likely we’ll see more human suffering result from our broken system. I’ve seen firsthand how families are separated and how we criminalize immigration and economic migration here in the United States. I’ve interviewed asylum-seekers and undocumented immigrants who are detained in for-profit jails, including 15-year-old children separated from their families. Is that the kind of America in which we want to live?

He concludes with the following strong call to action:

We need immigration reform because it will help us see and realize the possibilities of how much we belong to each other, and learn from each other, and benefit from everyone being an equitable part of a whole. It’s time for the House of Representatives to follow the Senate’s leadership and pass legislation that mirrors, or improves on, Senate Bill 744. Reform will benefit all Americans, new and native-born, in Chicago and around the country, so we need our elected representatives to take action now.

Please read the entire op-ed by clicking the linked headline above, and show your support by Sharing the link on Facebook (this may take a little doing, since there is no simple “Like” or “Share” button, meaning what’s needed is to cut and paste the link into your Facebook status). Please also consider leaving a positive comment, and sending the link to your friends, colleagues, and family members. If we use social media effectively, we’ll be many times more effective in getting the word out on the urgent need for immigration reform!

Members of Congress and their staff watch op-eds like this one with eagle eyes. For that reason, I’m thankful to Rev. Dr. Bouman for writing important piece. I’m also grateful to the editors of the Chicago Sun-Times for raising awareness of the pressing need for fair and compassionate immigration reform.

After reading  the op-ed, if you feel inspired, now is the time to raise your own voice for fair and compassionate immigration reform via the LIRS Action Center. Also, please don’t forget to sign up to receive alerts from this blog, and check out and share our Immigration Reform Mythbuster.