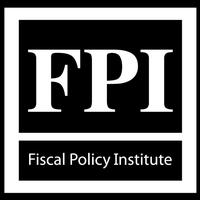 On this blog, I try to share both my thoughts and those of others standing for welcome at LIRS and nationwide.  Today, I’d like to introduce an interview by Luke Telander, Program Associate for Outreach at LIRS, with David Dyssegaard Kallick, senior fellow of the Fiscal Policy Institute (FPI) and director of FPI’s Immigration Research Initiative.

Opponents of reform, however, have been quick to spread a false narrative, based more out of fear than fact, that immigration reform will prove fatal to our economy.  That is why it is so important that organizations like the Fiscal Policy Institute are cutting through the rhetoric and releasing clear-cut reports on how immigration reform will boost our economy.  FPI’s new report, “Three Ways Immigration Reform Will Make the Economy More Productive,” does just that.  I was lucky enough to talk with the author of the report, David Dyssegaard Kallick, through an email interview.  Here are his thoughts:

Luke Telander (LT): What first drove you to study immigration?

David Dyssegaard Kallick (DK): I was working at FPI coordinating a coalition about rebuilding New York after 9/11, and we did a report for the New York Immigration Coalition in which we showed that about half of the people who lost their jobs because of the attacks were immigrants. I was really struck by that, until we also saw that about half of all people in the New York City labor force are immigrants. We later saw that half of small business owners are immigrants as well. And a third of commuters, too. That all made me realize how important immigrants are to our economy, and how little the public—including me—understood about the role they are playing.

That’s one part of the story. The other is the sometimes frightening way that immigrants are stereotyped and scapegoated. I think that’s tremendously dangerous to our society, on so many different levels, and I just felt I had to do something about it.

LT: Why is a roadmap to citizenship critical to ensuring the financial growth of our nation?

DK: I’m not sure I would say it quite that way. Legalization is the right thing to do, not least because it is our only practical option. You simply can’t deport 11 million people. But, I think it’s important to know that this will also be good for the American economy. I wouldn’t overstate the gains. Undocumented immigrants make up five percent of the country’s labor force—that’s enough to matter, but not enough to dramatically swing the economy one way or the other.

That said, a 10 percent improvement in their wages, a leveling of the playing field for businesses in regions and industries with undocumented workers, full and equal participation in systems for taxation and services—those will all help increase economic productivity.

We are assuming here that after legalization we will have a context in which everyone in the country is authorized to work. If there are still significant numbers of people who remain undocumented, or if there are new flows of undocumented immigrants, that will undermine the goal of reform. That means we have to get all, or very nearly all, of the 11 million undocumented immigrants legalized, without making excessive hurdles. And, in addition to border security and E-Verify—which ensures that everyone hired on the books has a valid Social Security number—we have to make sure that employers don’t avoid E-Verify by simply hiring workers off the books. That’s a job for the federal and state labor departments, but to do it well they need to beef up their labor standards enforcement by hiring many more inspectors—which would, in the process, also make sure all workers are being paid at least minimum wage, getting overtime pay, having payments made to the state unemployment insurance and workers’ compensation systems, and so on.

LT: In the current Senate bill, S.744, the roadmap to citizenship is at minimum 13 years long.  What would be the economic effect of making the wait shorter or longer?

DK: I find the rather transparent debate about delaying citizenship for immigrants deeply disturbing. Is there any doubt about why we are having this discussion? Republicans leaders are concerned about alienating Latinos (and, presumably, also other immigrants) for generations to come. But, they are also worried about giving the vote to a group of people who they believe are unlikely to vote for Republicans. So, the strategy they devised was to give people legal status, but prevent them from voting. Even at a tactical level I don’t know that the strategy makes sense for Republicans. But the more fundamental question to me is: How will kids in the future, studying this in history class, think about what we’ve done?

You asked, though, about the economic effects. As you can see, I think this is first and foremost a moral outrage. It may affect the economics as well—some studies have tried to distinguish the effects of gaining legal status from the effect of gaining citizenship, and have found that citizenship boosts wages. The faster people are fully integrated into American society, the better for the economy. The more secure they are in their ability to stay, the more they will invest in learning English, in getting the skills that will help them build a career here, in expanding their businesses.

LT: How will removing barriers to higher education, particularly for DREAMers, affect the economy?

DK: Getting a college degree is good for the person who graduates, good for that person’s employer, good for tax revenues, and good for the local business climate. That’s just as true for DREAMers—immigrants who came to the United States as children—as it is for my kids, or anyone else’s. A better educated labor force is altogether good for productivity.

LT: In your report, you claim that immigration reform would bring taxes, services, and social insurance into better alignment.  What do you mean by this?

DK: We sometimes hear talk about whether immigrants pay more in taxes than they “get” in services. I think that’s the wrong way to think about this issue. The right way is to say: are they doing what they’re supposed to do? Are our systems functioning the way they were designed? In our report, we talk about bringing the systems into alignment. Right now, about half of undocumented immigrants have Social Security taxes taken out of their paychecks, but virtually none get Social Security benefits. That’s not the way it should work—payroll taxes should be deducted for all of them, and all should then also get Social Security benefits. That would bring Social Security into alignment, making it function as it should. The same is true for income taxes—currently about half are estimated to file income tax returns. All should file tax returns, just like everyone else. But, they should also be eligible for the tax credits everyone else gets. Workers’ comp, unemployment insurance…we shouldn’t expect to see huge gains to government treasuries from including newly legalized immigrants. What we should expect is to bring these systems into alignment.

LT: How will rising wages for undocumented immigrants affect the wages of US-born workers?

DK: It can only help. As Heidi Shierholz, an economist for the Economic Policy Institute, put it, “American workers have nothing to fear from legalizing unauthorized immigrants who are already here. They are better off when all workers in the country are protected by the full spectrum of labor and employment rights.” Undocumented workers are often paid substandard wages, and their employers often evade payroll taxes. That’s not always the case, and undocumented immigrants are hardly the only workers in this position. Still, we know that undocumented workers are more likely than other groups to be in this position. If we can remove one way that employers take advantage of workers, it helps those workers, of course. But it also helps patch some holes in the floor of the labor market, raising standards—or at least reducing downward pressure—for all workers in similar jobs.

LT: What’s next for you and the Fiscal Policy Institute’s Immigration Research Institute?

DK: For now, we’re concentrating on getting the word out about this report—we hope to do public forums, more blog posts like this, and outreach to the media to help people understand what immigration reform would mean.