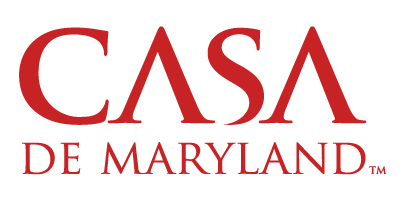 On this blog, I try to share both my thoughts and those of others standing for welcome at LIRS and nationwide.  Today I’d like to introduce an interview by Luke Telander, Program Associate for Outreach at LIRS. He speaks with Shola Ajayi, advocacy and elections specialist at CASA de Maryland.

On Nov. 6, 2012 Maryland made history and became the first state to enact DREAM legislation through a popular vote.  While the results were a stunning 58/42 win for reform, the road to the MD DREAM Act’s passage was far from without bumps.  It took the powerful organizing of groups like CASA de Maryland, engaging a wide variety of people and institutions, to convince the people of Maryland to stand for welcome at the ballot box.

Shola Ajayi, Advocacy and Elections Specialist at CASA de Maryland, was one of the key players in the passage of the MD DREAM Act, and offered insights via email on the landmark law and its influence on the debate.

Luke Telander: (LT) What motivates you to get up in the morning and fight for justice for immigrants?

Shola Ajayi: (SA) No one decides, I am going to leave my home, family, and everything I have ever known on a whim.  Decisions like this are made in the face of desperation either to escape violence, hunger, or disaster.   Immigrants from all over the world come to America for a chance for a better life, for themselves and their children. Many of the undocumented feel that they need to live in the shadows to accomplish these dreams. However, CASA de Maryland and similar organizations are here to say that no one should ever be embarrassed about who they are.  The immigrant community, especially young people, have the opportunity to be the future political, medical, educational and innovative leaders that help our nation grow.  At CASA De Maryland we look to support that community.

LT: What lessons do you think the MD DREAM Act campaign can lend to the greater comprehensive immigration reform effort?

SA: On November 6, 2012, Maryland voters, for the first time in our nation’s history, delivered a pro-immigrant reform at the ballot box when they approved the Maryland DREAM Act by a large margin. We believe that while the issue was popular with a wide swath of voters, the decisive victory was attributable to the strong support of the African-American community.

Latinos and immigrants are wholeheartedly grateful for the remarkable support given by the African-American community in the fight for equality for our immigrant youth. It demonstrates that we as a community can overcome any obstacles if we work together, hand-in-hand.

LT: What is the greatest roadblock you have encountered advocating for immigration reform?

SA: Most Americans immigrated to our country generations ago. Since most people do not deal directly with our immigration system and process they have no idea how back logged and broken our current system is.

LT: Have some of the coalitions you helped build for the MD DREAM Act continued to collaborate and advocate for reform?

SA: Yes, CASA will take a lead role in a national campaign entitled Keeping Families Together that elevates the voices of mixed status families to pressure legislators to finally pass CIR.  This coalition is comprised of civil rights, religious institutions and labor groups that supported the Maryland DREAM Act. On April 10 we are planning a mass mobilization bringing thousands of people to the West Lawn of the U.S. Capitol, and call for passage of CIR. We invite Lutheran Immigration and Refugee Service to join as a longstanding partner and friend.

LT: What do you think is the most likely outcome for the current push for comprehensive immigration reform?

SA: Passage within the next year is the only option.  Our nation has to restore the integrity, equity, and effectiveness to our immigration system. Legislation must be passed to create an immigration system that respects the rights of all, protects individuals fleeing persecution, and acknowledges the economic, social, and cultural contributions of immigrants to the United States. The time to reform our laws and strengthen the American traditions of justice and equity is now.