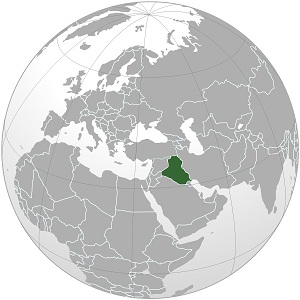 The 10-year anniversary of the invasion of Iraq reminds me that we have to connect the dots between war and immigration reform.

I’m speaking here of the need to improve the sadly lagging handling of special immigrant visas (SIVs). To be eligible for an SIV, one must have provided the United States with valuable service for at least one year and have experienced persecution as a consequence.

In the case of Iraq, shortly after the invasion, U.S. forces began relying on Iraqi men and women who acted as informal interpreters.  Many of these men and women were later hired in an official capacity. According to The List Project, Iraq was and remains a dangerous place for these allies:  Many have been assassinated, kidnapped, tortured, and forced out of their country.

To address this, the 2008 National Defense Authorization Act approved up to 5,000 SIVs annually for five years for Iraqi nationals. Congress authorized SIVs for up to 1,500 Afghan nationals per year for five years in the Afghan Allies Protection Act of 2009.

It’s critically important that America extend the SIV programs for Iraqis and Afghans. Regardless of where one stands on the war, as Americans, we can’t enlist people as allies, only to abandon them. In whatever way our lawmakers can address this ongoing injustice in comprehensive immigration reform, they should do so.  Please visit the LIRS Action Center to tell Congress we need fair and comprehensive immigration reform, and if you feel so moved, please include some words in your letter about the urgent need to improve the handling and extend the duration of America’s SIV programs.