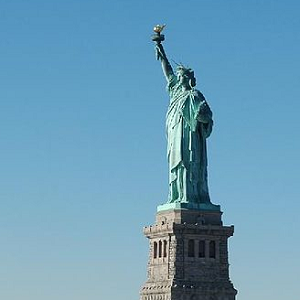 I’m excited that Redefining Welcome’s coverage of the immigration reform movement offers such diverse perspectives. Here’s a round-up of our top 15 most-read conversations with leaders who are on the front lines. We’re grateful for their willingness to share their knowledge.

When Kennesaw State Senior Jessica Colotl got into her car on March 29, 2010, the idea that she would spark a fierce debate on the American immigration system probably never crossed her mind.

2) Immigration Detention: Christina Mansfield Speaks Out on Our Broken System

Why must detention reform “be a critical part of comprehensive immigration reform”? This interview presents the thoughts of Christina Mansfield, co-founder of Detention Dialogues, the first detention visitation program in California, co-founder and co-Executive Director of CIVIC (Community Initiatives for Visiting Immigrants in Confinement), and member of the steering committee of the Detention Watch Network.

3) Immigration Reform 2013: Rev. Wilker Stands for Welcome in the Shadow of Capitol Hill

Rev. Michael Wilker, Senior Pastor at Lutheran Church of the Reformation in Washington, D.C., talks about what it’s like to advocate for immigration reform when your church is just down the street from Congress.

Andrea Martinez, Communications Coordinator for the Texas-Louisiana Gulf Coast Synod of the Evangelical Lutheran Church in America in Houston, analyzes the immigration reform movement in the Lone Star state.

Lynn Tramonte, Deputy Director of America’s Voice, discusses her organization’s work in the forefront of the movement for comprehensive immigration reform

Pastor Joshua Burkholder of St. Paul’s Lutheran Church in Lafayette, Indiana, shares his observations about the need for immigration reform activism in his state.

Pastor Clint Schnekloth of the Good Shepherd Lutheran Church in Fayetteville, Arkansas, reflects on his experiences abroad and how they nurtured his unswerving commitment to welcoming the stranger in our midst.

Rev. John Guttermann, Covenant Minister at United Church in Christ in New Brighton, Lead at Conversations with Friends, and Advocacy Lead for the Interfaith Coalition on Immigration, MN, talks about the need for immigration reform through the detention lens.

Ted Goins, President and CEO of Lutheran Services Carolinas, talks about the important services his organization provides to migrants, and the values in which that service is rooted.

13) ‘Keeping Our Families Together is the Montanan Way,’ Says Blair Ward of the Montana Organizing Project — State Action Alert

Rev. Angie Wright, a member of the Alabama Coalition for Immigrant Justice steering committee, shares letters from school children to Alabama Governor Robert Bentley, and talks about how America can learn from her state.