It’s great to be able to use this blog to lift up the voices of creative people who Stand for Welcome. Today, I’d like to introduce an interview by Luke Telander, LIRS Program Associate for Outreach, with Pastor Patrick Hansel of St. Paul’s Lutheran Church of Minneapolis. The interview captures an amazingly creative retelling of the Nativity, and the heartbreaking way in which modern life has intruded on the ancient story.

The Nativity story has been retold in a myriad of ways.  It has been adapted to the stage and the screen.  It has been painted by everyone from Leonardo Da Vinci to Paul Gaugin.  It has been translated into Spanish and Mandarin, Tagalog and French.  In the Phillips neighborhood of Minneapolis, however, the age-old story is being told in a completely unique way, and with particular poignancy, given today’s immigration climate.

La Natividad is a collaboration between the In the Heart of the Beast Puppet and Mask Theater and St. Paul’s Lutheran Church of Minneapolis.  The event is an interactive bilingual theater experience that tells the Nativity story through the eyes of an immigrant family in America. 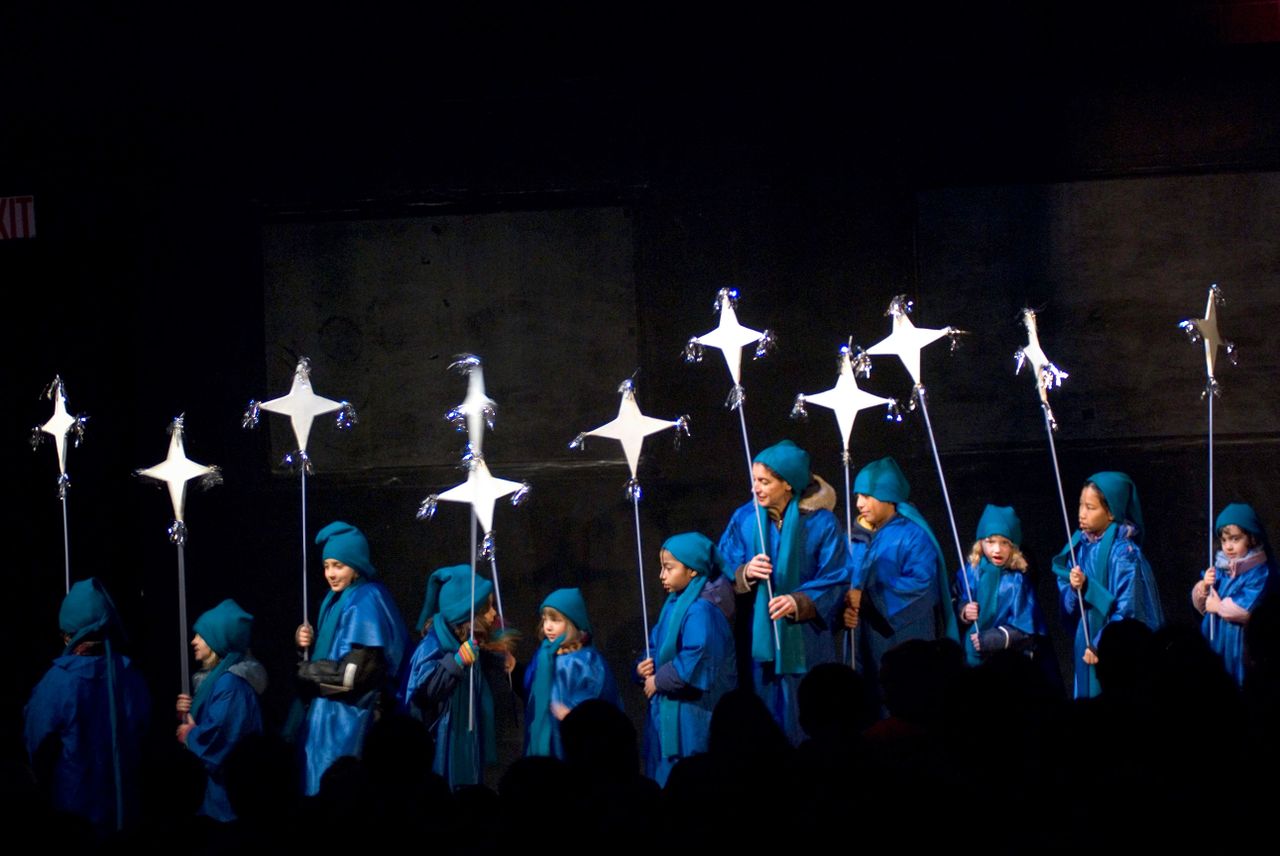 Participants follow Maria and Jose throughout the neighborhood as they recount the story of Jesus’ birth.  By melding the traditional narrative with current immigration issues, new light is shed on both stories.

The role of King Herod takes on new meaning as he shouts anti-immigrant propaganda about border security and job stealing, and the immigrant experience is humanized as we see just how much 14-year-old Mary, or Maria in this performance, has in common with current migrants.  The result is a powerful message told creatively through colorful life-size puppetry and participatory theater.

I was lucky enough to be able to speak with Pastor Patrick Hansel of St. Paul’s Lutheran Church through an email interview.  Here is his take on the performance and its meaning in today’s world:

Luke Telander (LT): Where did the idea for La Natividad come from?  How did you and your church become involved?

Patrick Hansel (PH): Luisa and I had integrated arts into our ministries in the Bronx and Philadelphia, and when we moved to Minneapolis in 2005, we noted that In the Heart of the Beast Puppet and Mask Theater was two blocks away.  By chance, we ran into (figuratively) Sandy Spieler, the artistic director of the theater, in Target’s parking lot.  Soon we began to meet and talk about a way to reenact the Christmas story from the point of view of our shared community, one which is primarily immigrant, mainly undocumented, multilingual, and multicultural.

LT: What is the main message you are hoping will come across from the performance?

PH: That the birth of Jesus is not merely an historic event, but an event that is happening in our midst, and that people’s struggles today connect with the struggle of Mary and Joseph.

LT: Why do you think that the Nativity story is particularly well suited to showcase the modern immigration experience?

PH: Primarily because it is so much about migration, and people having to move because of powerful forces.  Joseph and Mary have to travel when she’s nine months pregnant, not because of their choosing, but because the faraway emperor demands it.  They have the baby in a stable, not because of their choice, but because no one welcomed them.  Soon after, they are hunted by a mad king, and become refugees in another country, and the king sees not just that one baby, but all babies in the area as threat, and attacks.  BUT, in the midst of that, the child of love, light, peace is welcomed by strangers: shepherds, who were looked down upon as dirty and untrustworthy by Judeans, and foreigners who seemed suspicious.

LT: Does having the audience travel with the family through the story create a sort of solidarity?

PH: We certainly hope so!  Part of our philosophy is to build bridges among different people, cultures, etc.  Also, the traveling takes place in several venues—all of which are normal, everyday places for immigrants, including a restaurant, a plaza hallway, and the streets they live on.

LT: How have people responded to the performance over the years?  Has this year been any different with the heightened news coverage of immigration?

PH: We did it from 2006 to 2009, and the response was wonderful.  Full houses every night, until 2009, when the economy kept audiences smaller.  This year, we’ve had pretty good audiences (and see below) great press coverage.

LT: By creatively retelling the story of immigrant families in America intertwined with the Nativity story, have you been able to reach new audiences?

PH: Yes!  One of the great things is that new Latino members of our congregation and new Anglo members have joined the cast.  We’ve also been able to connect urban folks with a lot of suburban people.

LT: Recently, the struggles depicted in La Natividad became very real, with the family playing the roles of Jesus, Mary, and Joseph broken apart by deportation.  How has that changed the way you view this event?

PH: For me, and for a lot of people in the church and the community, it has made it even more poignant.  The way that La Natividad portrays the Christmas story, we don’t leave out the painful parts, including Herod’s murderous rage, the tension between Mary and Joseph, and their needing to migrate—first because of a government decree, and next because of the threat to murder the child.   We accompanied the family to the airport when the father was deported, and it was very painful to see how painful it was for him, his wife and children.  So the actors in the show are living this in many ways.  On the positive side, people have really supported this family, and some new cast members have applied for the temporary status to be here as “DREAMers”.

LT: In this Christmas season, many people return home to be with people who may have views on immigration different than their own.  What advice would you give to people talking to the unsure about immigration?

PH: I would say: Listen patiently first.  Share about the story of your family’s immigration (assuming they are not Native American), and share stories of how our system keeps families apart and causes more problems than it solves (for example, undocumented immigrants report crimes and testify less often, because of fear they will be at risk, given their status).

LT: As a faith and community leader, why is comprehensive immigration reform important to you?

PH: It will give our people breath, security, and take away so much of the fear that is present.  I have seen, just in a few months, how “DREAMers” who’ve been able to apply for the new status have stepped up more in leadership in our church, with less fear and more joy.

Productions of La Natividad run this Thursday through Saturday at 6:30 p.m. at Heart of the Beast Theatre, 1500 E Lake St., Minneapolis.  Tickets are $16-20 and include a meal. For more information visit www.hobt.org , Patrick Hansel’s blog, or check out the great media coverage of the event: [MPR, MetroLutheran, StarTribune, KFAI]