My America… Opened The Doors To Love

Opened The Doors To Love

Before I met Rana, I had never even thought about going to the United States. I was working with the Syrian Arab Red Crescent, helping people as a first-responder in a Syria that was crumbling before our eyes. I loved Syria, and I loved the work that I did. I had never imagined leaving…

The first time I got to talk to Rana, we were playing foosball in between volunteer shifts at the Red Crescent. She was funny, sharp, and flawless. I don’t do this kind of thing very often, but I let her beat me at the game.

We worked together for almost six months, and in that time my feelings for her grew. But before I could work up the confidence to tell her how I felt about her, she announced that she was going to Jordan to apply for a Student Visa and go to the United States.

When I saw on her Facebook that her Visa had been granted, life turned upside down in my eyes and I knew I didn’t have much time.

I needed to tell Rana how I felt. Once she went to America, I knew she would not be thinking of me, thousands of miles away in Syria. So I decided to go to Jordan to find her.

The trip to Jordan was one of the scariest of my life. Traveling by bus through military zones, I could hear shooting. At one point I had to get off the bus in the middle of a town, sandwiched between rebel and government forces.  There were no lights, there were cars set on fire, and I knew that I might be mistaken for an enemy and shot at any time.

By miracle, I made it into Jordan, and I found where Rana was staying. 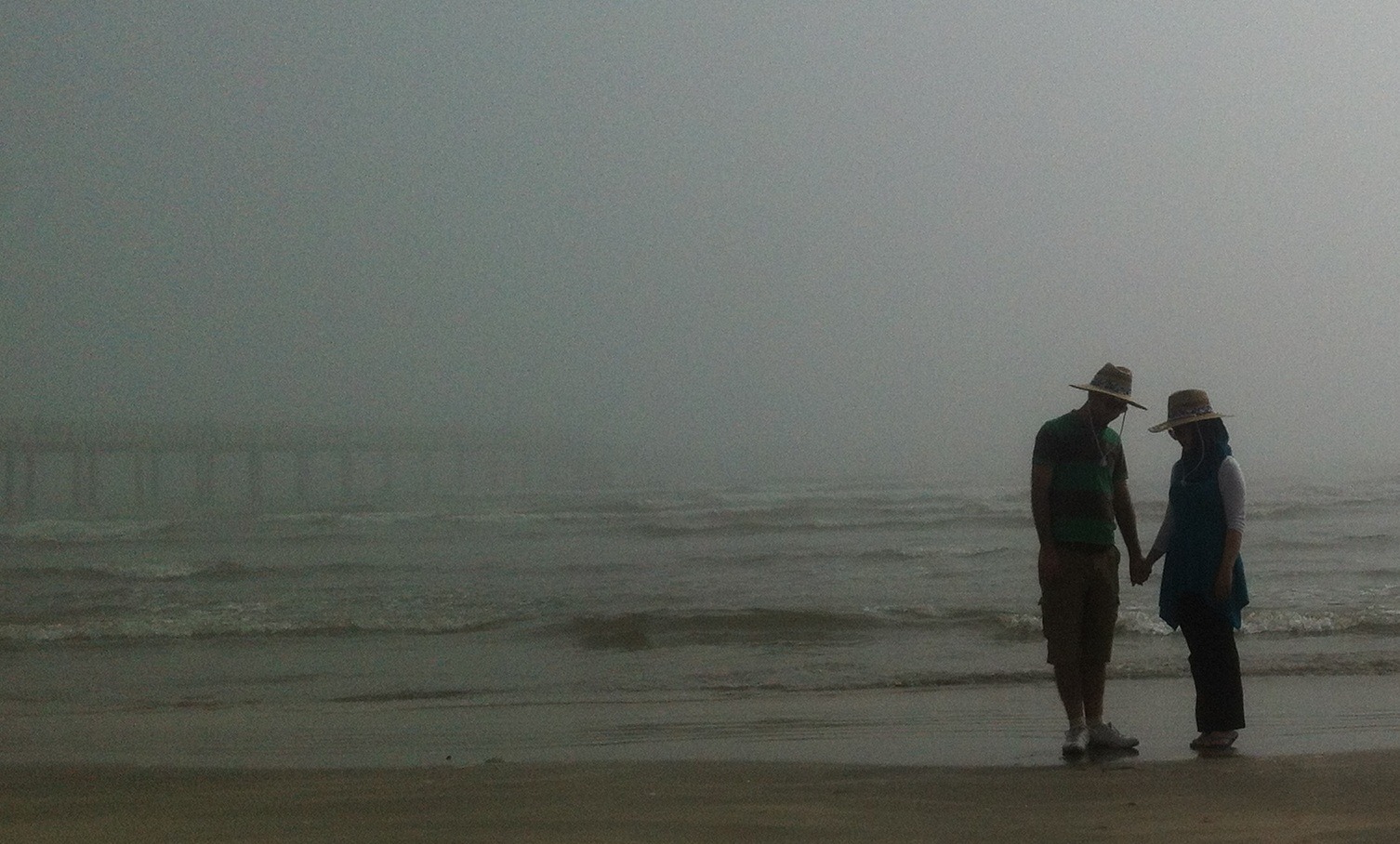 I told her, ‘I have feelings for you. I wish you were not leaving to go America.  Please just stay for a few more days, and we can get to know each other and try to begin a relationship.’

She said ‘No, are you crazy? I need to go to America.” And that’s what she did.

When I returned to Syria, the ongoing conflict had gotten really bad.  The violence in the country had escalated and now they were even killing aid workers with the Red Crescent and shooting up ambulances. I knew I had to go to Lebanon to escape the danger… but Rana remained on my mind, always.

In Lebanon, I would wake up at 1am – because of the time zone – to try to talk to her online. We began to talk more and more often…and things were going well.

We were falling in love.

When we decided to get engaged, my parents came to Lebanon to carry out the traditional proposal… in a somewhat untraditional fashion. We got on Skype at 3am – I had flowers and candles by the computer – and she and her family got online so that my father could ask her father for the engagement. 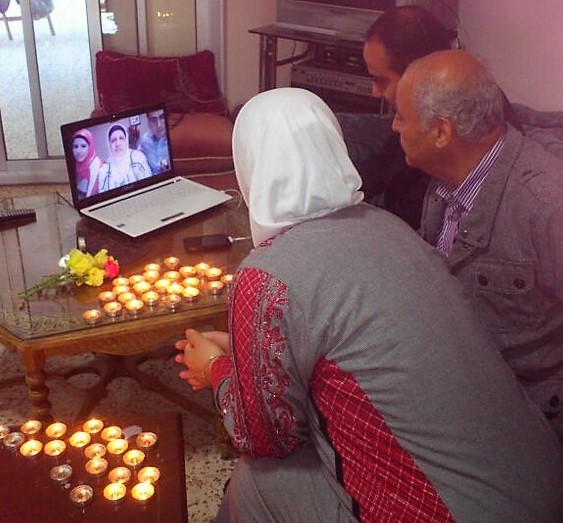 We were happy, in love, but so far apart. So I applied for a student visa to study English in Houston, where Rana was also studying. I didn’t tell her this at the time, because I didn’t want her to be disappointed if my application was denied.

When I was approved for a “Student” Visa to America, it was like a door had opened. A door to a new life with education, with safety, and, of course, a new life with Rana

When the plane touched down in Houston, I changed into a suit, and I took a cab to buy flowers, before giving the driver Rana’s address. I had already bought her a ring in Lebanon… so I had everything that I needed.

And it was her birthday!

When she came to the door, she had no idea that I was coming to be with her. There I waited on one knee, with flowers and with the ring to finally begin our relationship. She started to cry and we embraced. This time when I asked her, she said yes.

Today we are happily married with our almost-4-year old child, Farouq. 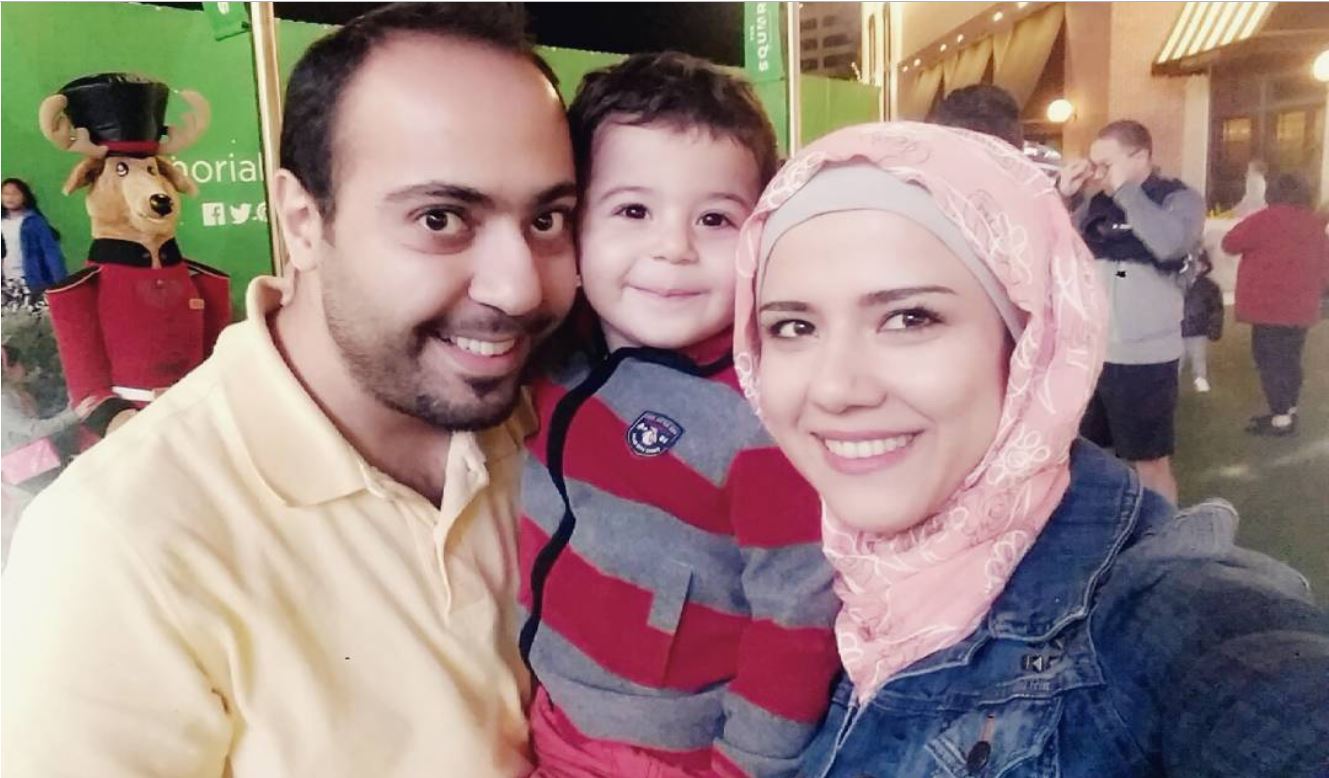 In America, now, we no longer need to worry about distance or violence keeping us apart. We can simply be together in love.

Happy Valentine’s Day, Rana. You are my shining star who lights the darkest nights with a simple smile.

In January of 2019, LIRS launched the My America campaign to lift up the voices of refugees, migrants, faith leaders, and Americans wishing to express an experience or vision that inspires hope. In a time where our newsfeeds are littered with negative headlines and fear-fueled rhetoric, this campaign seeks to offer an alternative vision for an America that embraces all those seeking protection. Submit your own story today, or check out more stories like this one!

1 thought on “My America… Opened The Doors To Love”