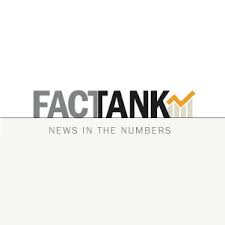 A recent Pew Research Center study revealed an 117% increase in the number of unaccompanied refugee children ages 12 and younger apprehended at the border. Over the same time period, the number of teens apprehended increased only 12%.

As hundreds of unaccompanied children are being held in detention centers, the decreasing age of these children is alarming. Detention centers are no place for young children, especially those who have faced trauma and violence.

In fiscal year 2013, nine-in-ten minors apprehended at the border were teens. This share has dropped as the number of younger children making the dangerous trip has risen dramatically: In the first eight months of fiscal year 2014, 84% were teens.

The dramatic increase in children traveling to the U.S. without their parents from Honduras, El Salvador and Guatemala, is largely the result of high rates of poverty and violence in their home countries, according to U.S. Department of Homeland Security documents. Gang and drug trafficking violence had driven Honduras’s murder rate to 90 homicides per 100,000 inhabitants in 2012, the highest in the world. In El Salvador, the murder rate (41 per 100,000 in 2012) trails only Honduras, Venezuela and Belize.

Take action to protect these children. Through the LIRS Action Center, call on your senators to vote for funding for vulnerable migrants and refugees. Supplemental funding will help ensure that these children receive the support and care they need to rebuild their lives.