This Pride Month, join LIRS in honoring and celebrating several prominent LGBTQ+ immigrants in recognition of their vital contributions to our country.

Bamby Salcedo (she/her) is a transgender Latina-American immigrant and activist, internationally-recognized for her founding of the Los Angeles-based TransLatin@ Coalition. She is the recipient of multiple awards for her advocacy for LGBTQ+ and immigrant youth across the United States, and has shown that our nation thrives when all of God’s children are welcome to call our country home.

Her life began in Guadalajara, Mexico, where she overcame many hardships: an abusive stepfather, violence in her community, drug abuse, and more. Growing up, she maintained her strength despite the challenges of poverty, with just a single working mother as her lifeline. 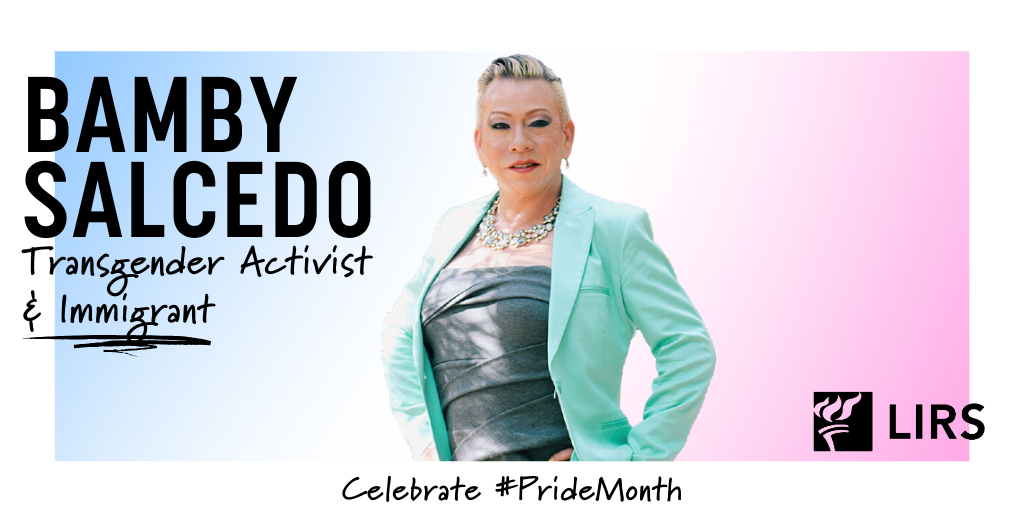 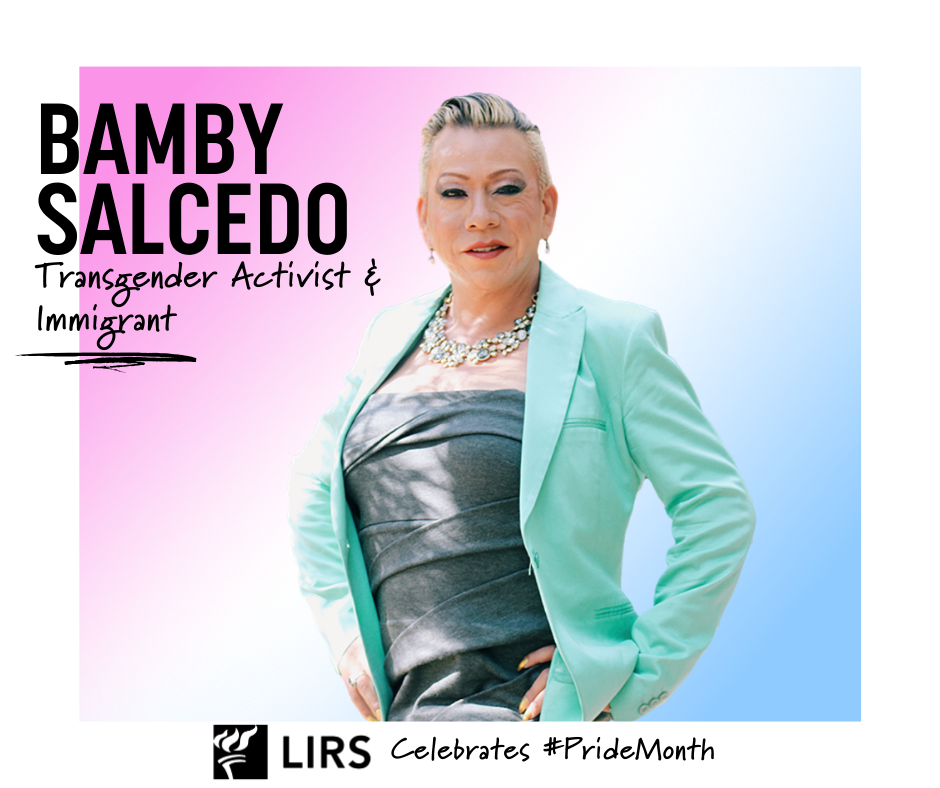 Once she arrived in the United States, she made a commitment to herself, vowing to become sober and avoid the cycle of violence and poverty that surrounded her. True to her word, she achieved her goal of sobriety, and dedicated herself to ensuring more people, regardless of their backgrounds or gender identity, could live happier, healthier lives.

It started with her nonprofit organization TransLatin@ Coalition, which was created in 2009 after transgender activists from around the country leveraged their grassroots activism to provide support and resources to transgender Latina immigrants seeking security and comfort in the United States. As her nonprofit grew, Bamby and her team released academic and policy research on transgender issues, which later inspired the creation of a 2014 documentary about her work, entitled Transvisible: The Bamby Salcedo Story.

As her organization’s work showed success within her community in Los Angeles, the city’s Board of Supervisors granted the Coalition funds to support its re-entry program, which assists transgender Latinas released from ICE custody. This program received additional support from the Elton John Foundation, which allowed them to expand the program to include financial assistance, among other services.

Today, TransLatin@ Coalition helps thousands of transgender immigrants across the United States through its seven chapters, providing ESL training, food distribution, financial and resettlement assistance, healthcare services, and more. Through the hard work of Bamby and her LGBTQ+ immigrant colleagues, the organization has received grants from government agencies and nonprofit foundations from all over the nation to support the LGBTQ+ community.

Because of her vital work, she has received nine awards from organizations like the City of West Hollywood and Lambda Legal to show appreciation for her dedication to advocacy and coalition building.

Bamby continues to fight for justice and equality for LGBTQ+ Americans as the President of her nonprofit, and is currently working on supporting international HIV prevention and wellness programs. Bamby is also involved with LGBTQ+ children’s wellness programs with Children’s Hospital of Los Angeles, launching a nonprofit program called “Angels of Change.”

As an organization that loves and welcomes all of God’s children, we thank Ms. Salcedo for her tireless efforts to support the important cause of social justice and equity for the LGBTQ+ immigrant community in the United States. We look forward to continued allyship alongside her as we seek to create just and welcoming communities rooted in love and compassion for all who call this country home.