This Pride Month, join LIRS in honoring and celebrating several prominent LGBTQ+ immigrants in recognition of their vital contributions to our country. 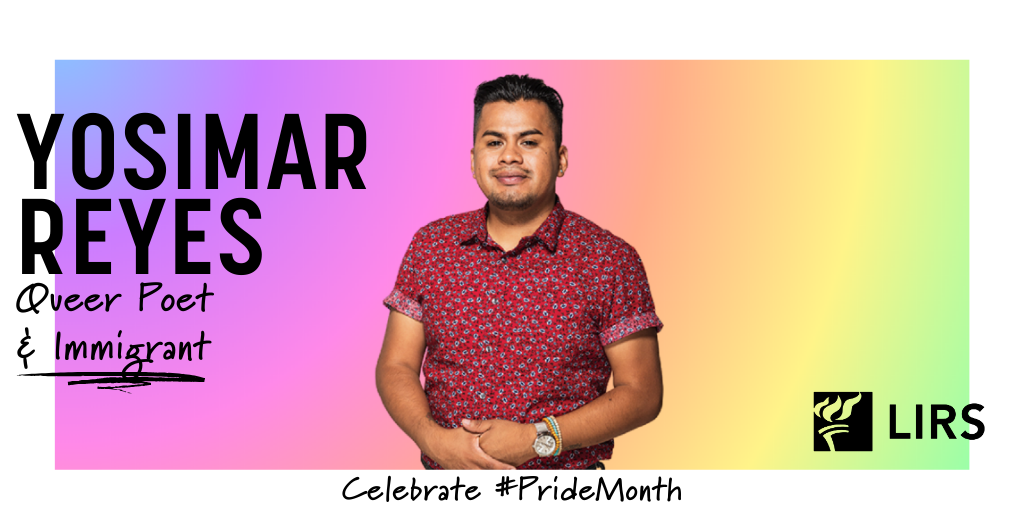 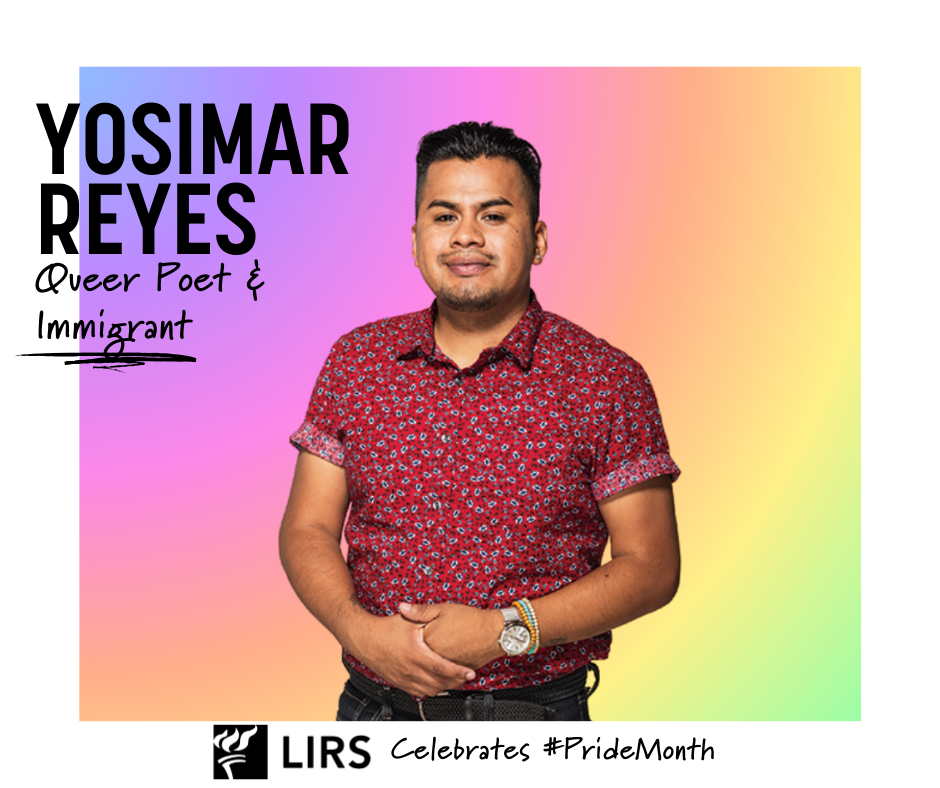 Yosimar Reyes is a queer, undocumented poet, public speaker, and activist. His poetry and writing explores the themes of migration and sexuality, and draws upon his own experiences and challenges he faced throughout his life. Yosimar was born in Guerrero, Mexico and migrated to America with his family when he was three. He was raised in East San Jose, where most of his neighbors were undocumented as well. He began performing his own poetry when he was sixteen and used spoken poetry as an outlet to express himself. He says that writing and performing helped him grow past the shame he felt as a teenager about being queer.

In 2009, Yosimar self-published his first collection of poetry, “For Colored Boys who Speak Softly.” This collection calls attention to the challenges that queer immigrant youth face in their communities and the world. In 2018, Yosimar wrote and performed a one-man show, “Prieto,” that portrayed his childhood experiences as an immigrant and how he came to terms with his queer identity. The show depicts the ways that undocumented immigrants thrive despite the challenges they face. Most importantly to Yosimar, the show portrays the resiliency of human spirit.

Yosimar has received widespread recognition for his work, including an Undocupoets fellowship from Sibling Rivalry Press in 2017 and an Emerging Writers’ fellowship in playwriting from Lambda Literary in 2018. His work has been published in various online journals and books including Mariposas: An Anthology of Queer Modern Latino Poetry and Queer in Aztlán: Chicano Male Recollections of Consciousness and Coming Out.

Yosimar was also the first artist-in-residence at Define American, an organization that shapes national conversations about immigration through news and entertainment media. Yosimar’s work and activism has furthered the migrants rights and LGBTQ+ movements. LIRS is grateful for Yosimar’s contributions to the LGBTQ+ immigrant community and looks forward to continuing its support for these communities alongside him.