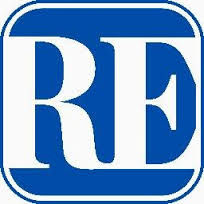 As newspapers across the country are reporting, we in the faith community are not giving up on fair and just immigration reform. Recently, the Reading Eagle reported on Pastor Bruce Osterhout’s visits with Pennsylvania representatives on Capitol Hill as part of the Lutheran Immigration Leadership Summit.

These lawmakers in particular should know the suffering our broken immigration system is causing. Orozco reports that in “2012, there were an estimated 27,675 immigrants in Berks County, 15,612 of them not U.S. citizens.” That is more than 15,000 people who can be torn from their families and are forced to live in the shadows. However, Pastor Osterhout told Orozco:

[Berks County representatives] are in denial about how many families in Berks County are suffering. We’re here to get them off their butts and do something about it. Our immigration system is broken.

We are grateful for Pastor Osterhout’s advocacy and his dedicated efforts to get his representatives, as he says, “into the 21st century.” Pastor Osterhout’s care for immigrants and their families will only make his community stronger.

We are also appreciative of Anthony Orozco and the Reading Eagle for lifting up this issue.

As we reflect throughout this Holy Week, please join us by letting elected officials know of the suffering in our communities. Send a letter to your congressional representative through our Action Center or call the Capitol Switchboard at (202) 224-312.