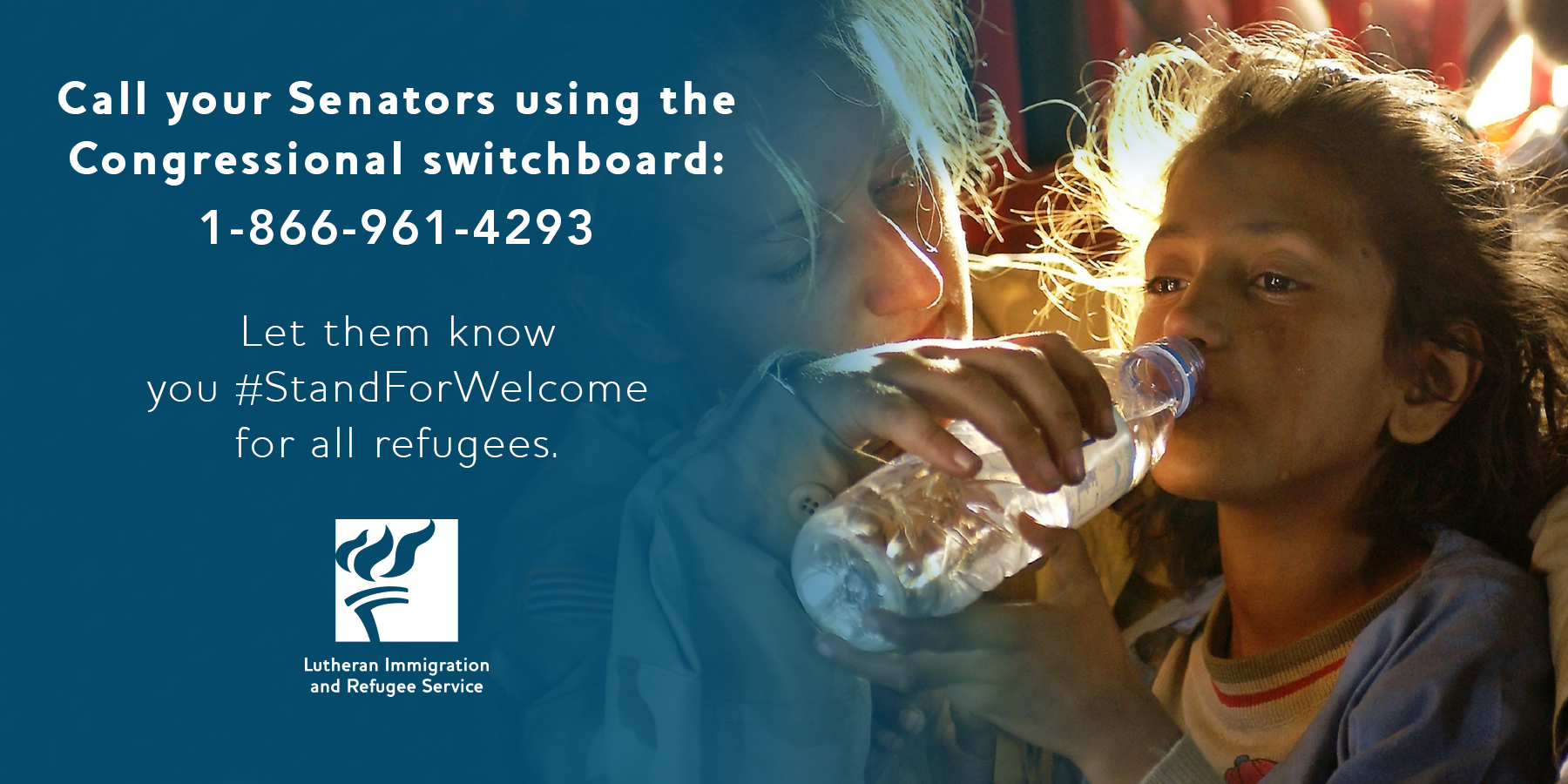 Here at LIRS we are grateful for your continued commitment to protecting the world’s most vulnerable, including Syrian refugees. Thanks to you, last week we set a new record with over 2,500 emails sent to your Members of Congress in support of welcoming Syrian refugees!

Despite our collective efforts, the House passed the “American Security Against Foreign Enemies (SAFE) Act of 2015” that makes it nearly impossible to resettle refugees from Syria and Iraq. We are concerned that the Senate will take up similar legislation, including efforts to halt the United States refugee resettlement program.

Congress has until December 11th to appropriate funds to operate the federal government for the remainder of Fiscal Year 2016. As Members of Congress shift their attention to funding, some have pledged to propose measures that would be detrimental to vulnerable refugees waiting to rebuild their lives in the United States.

Let your Senators know you are ready, willing, and eager to welcome refugees:

Your voice can make a difference. According to Congressional offices, callers expressing fear of refugees or demanding an end to refugee resettlement are outnumbering pleas to welcome Syrian refugees by a ratio of 100:1. We cannot let voices of fear and hate silence our commitment to protecting the world’s most vulnerable.

We are alert to harmful proposals, including:

Thank you for taking the time to remind your Senators of the great principles on which we stand. Let the message of love and compassion drown out the voices of hate. As people of faith and a nation, we stand ready for welcome.

Please consider donating at LIRS.org/supportsyria and signing-up for Stand for Welcome emails with action alerts.