'Mama, Why Are We Prisoners?' — Reflections from the Karnes Family Detention Facility | LIRS
URGENT: Immigrant children and families affected by Hurricane Ian need your support! Donate now.
Skip to content

‘Mama, Why Are We Prisoners?’ — Reflections from the Karnes Family Detention Facility 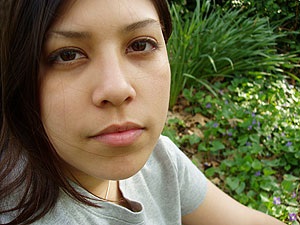 Family detention centers have been opening up in response to the border crisis. These facilities hold mothers and young children who have just finished the traumatic journey from their home country to the United States. Nearly all of them seek protection from persecution. Liz Sweet, LIRS Director for Access to Justice, recently visited the Karnes County Residential Facility in Texas. In this guest blog post, she gives an insider’s view of the facility.

And yet, nothing prepared me for sitting in a detention center last Tuesday in Karnes, Texas and talking to a group of mothers with babies and small children. It’s a family detention center, as of about six weeks ago. Before sitting down to talk to the women, I walked through the facility on a tour where we admired several of the physical attributes of the facility. There is a playground and recreational equipment, small classrooms, private toilets. On several counts, the Karnes County Residential Facility is a model for other immigration detention centers.

But after the tour, I found myself sitting at a little plastic table in the cafeteria with a group of women who were telling me their stories of life in Karnes. To my right, a woman sat with her two year old son. He spent most of our conversation playing with an empty carton of orange juice. On my left was a woman holding a nine month old baby. Next to her was a mother with three sons who were all being held in Karnes. She told me that she and her children had been to see the facility psychologist to help with their depression.

I asked the group if there were young babies in Karnes, and moments later a woman returned with a very young looking girl holding a tiny baby. He was just four months old and his mother worries that she only has short pants in which to dress him and no hat to protect his head from the sun outside or the air conditioner inside. Later, Immigration and Customs Enforcement (ICE) officials inform us that one baby has been baptized in Karnes; I wonder if it was this particular infant.  They appear proud of having made these religious accommodations and as someone working for a faith based organization, on the one hand I am pleased to hear that. And yet, I have always thought of baptism as joining a faith community. What will that mean to a teenager about to be confirmed or a husband preparing for his wedding one day to pull out his baptismal certificate and be reminded that he received the sacrament while incarcerated?

Back in the cafeteria, I asked the women if they knew any pregnant women. A few minutes later, they find a woman who is just two months pregnant. She joins on the edge of our little circle but does not want to talk to me about being a detained pregnant woman. I cannot blame her; I am not sure what I would say in her shoes.

The woman directly across the table throughout these conversations speaks up to tell me that she has a four year old daughter detained with her. She reports that just the night before, her four year old had asked her, why were they “presos,” prisoners?

As I lawyer, there are lots of answers that I can give people in detention. I can talk about the government’s need to ensure compliance, who is eligible for bond and why, and who is subject to mandatory detention. Congress has great latitude to curb due process for migrants, particularly those with lesser immigration statuses or who are apprehended arriving to this country.  We certainly have the right to protect our borders.

I told these mothers that I would advocate for them and their babies. I pray for them, and for all of us.

If this story moves you, please consider joining or launching a detention visitation ministry, as an effort to support vulnerable families as they await their immigration legal decision. For more information, visit https://www.lirs.org/act/visitation/.