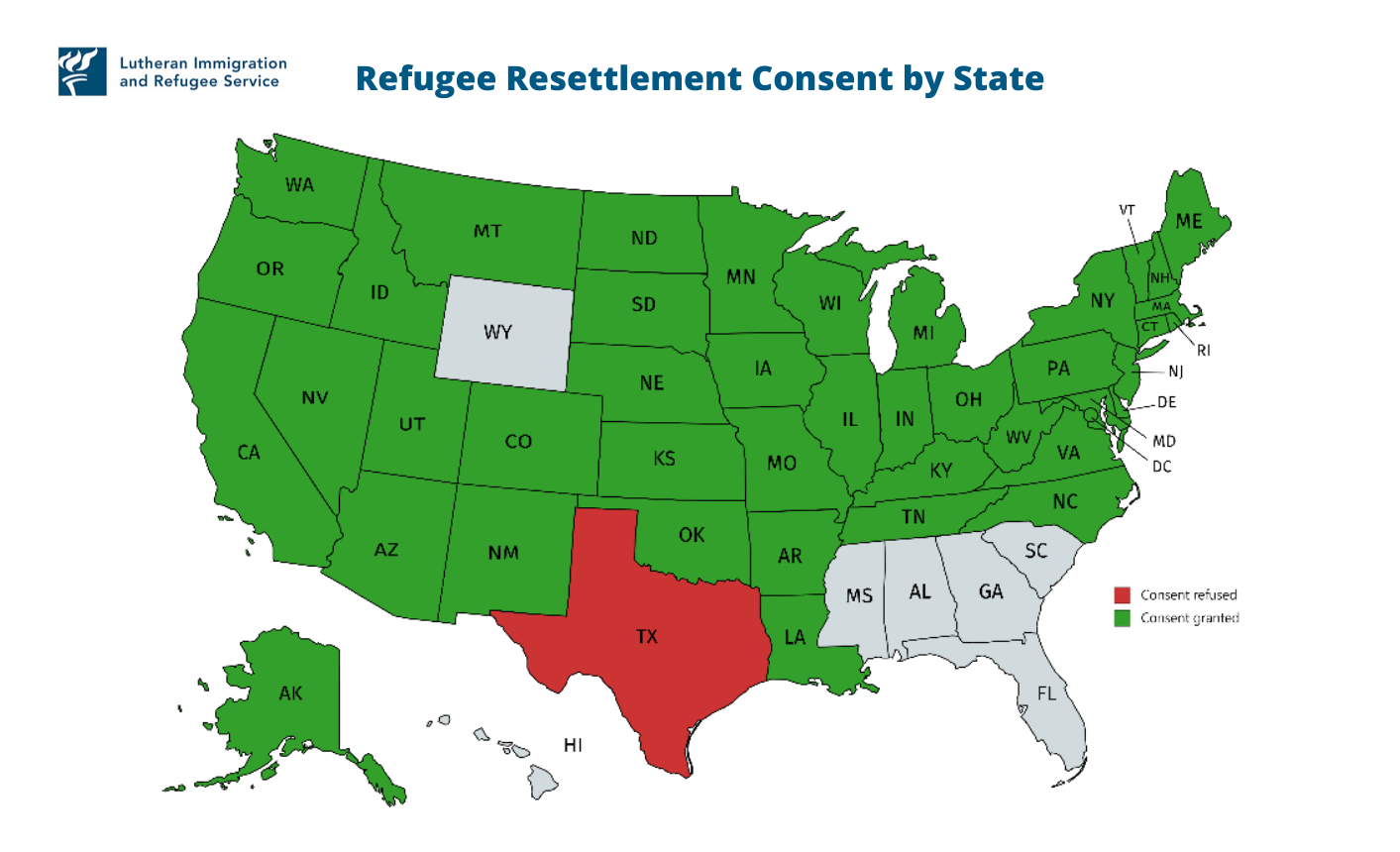 Governors who have given consent

Local Authorities who have given consent*

LIRS and two other resettlement agencies have challenged President Trump’s executive order giving state and local officials authority to block refugee resettlement in their jurisdictions. This unprecedented order could prevent refugees who have waited years from being reunited with their U.S.-based families, and prohibit communities from welcoming refugees, even if they have long-standing and successful resettlement programs.

The lawsuit charges that the order is yet another attempt by the Trump administration to dismantle the nearly 40-year-old federal resettlement infrastructure and restrict refugees from entering the United States. Oral arguments are scheduled to begin in federal court on January 8, 2020 in Greenbelt, Maryland.

Learn more about our lawsuit here.

UPDATE: A federal judge has granted our motion for a preliminary injunction, temporarily blocking the executive order that requires state and local consent for all refugee resettlement. Learn more here.