The Difference Between Refugees, Asylum Seekers, and Migrants

Every day, thousands of migrants, asylum seekers, and refugees make the incredibly difficult decision to leave their countries in search of safety and better lives.

Why do so many people choose to migrate and what are the differences between the various categories of those who cross borders? Lutheran Immigration and Refugee Service has welcomed more than 500,000 individuals to America over its 80-year history – in this article, we lay out what we’ve learned from serving the most vulnerable. 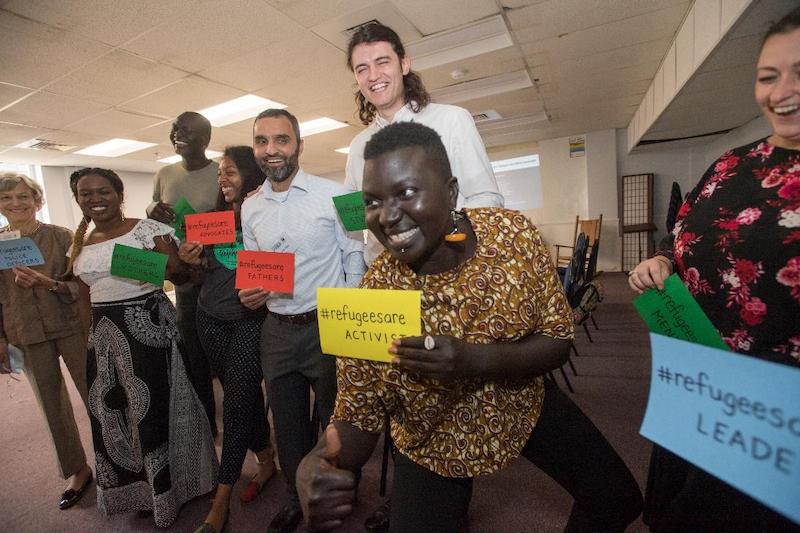 What’s the difference between a refugee and an asylee?

For many individuals and families, their reason to leave the only home they have ever known is simply that they have no other option. Currently, there are nearly 80 million men, women and children fleeing war, persecution and political turmoil. These people are refugees and asylum seekers.

While the two categories of those who seek humanitarian relief in another country are often confused, there are a few key differences.

Who is a refugee?

A refugee is a person who has fled their country of origin and is unable or unwilling to return because of a well-founded fear of being persecuted because of their race, religion, nationality, membership of a particular social group or political opinion.

Once they have fled their home, they must apply for refugee status with an official entity, such as a government or the United Nations Refugee Agency, who determines whether a person meets the definition of a refugee, based on well-founded fear.

The process of obtaining refugee status can last for years, forcing many applicants to wait abroad in refugee camps with dangerous living conditions. Refugees are not permitted to enter their destination country until their application has been accepted and they have been cleared for travel.

GO DEEPER: Learn more from our blog article, “What is the U.S. Refugee Resettlement Process?”

Who is an asylum seeker?

An asylum seeker is also someone who is seeking international protection from dangers in his or her home country. However, asylum seekers must apply for protection in the country of destination—meaning they must arrive at or cross a border in order to apply.

It is everyone’s legal right to seek asylum – as a signatory to the 1967 United Nations Protocol, and through U.S. immigration law, the United States has legal obligations to provide protection to those who qualify.

Overall, the asylum process can take years to conclude. In some cases, a person may file his or her application or pass a credible fear screening and receive a hearing or interview date years in the future. If their application is ultimately accepted, the asylum seeker receives asylee status – granting them relief from deportation and the right to work legally in the U.S.

Test your knowledge with our Asylum Quiz here

Application Differences Between Asylees and Refugees

Legally speaking, all those who begin their application with a well-founded fear of being persecuted because of their race, religion, nationality, membership of a particular social group or political opinion are considered asylum seekers.

If they apply for protection from abroad and are granted protection, they are considered refugees.

If they apply for protection from within the destination country and are granted protection, they are considered asylees. 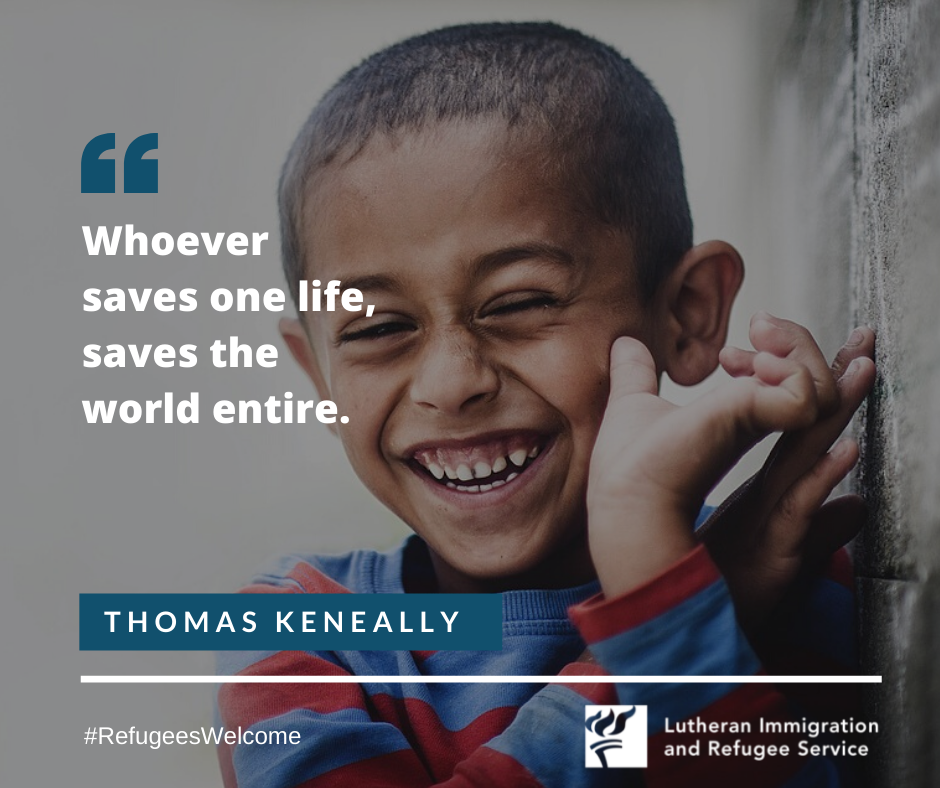 Who is an immigrant?

An immigrant is someone who makes a conscious decision to leave his or her home and move to a foreign country with the intention of settling there. Immigrants often go through a lengthy vetting process to immigrate to a new country. Many become lawful permanent residents and eventually citizens.

Immigrants research their destinations, explore employment opportunities, and study the language of the country where they plan to live. Most importantly, they are free to return home whenever they choose.

Who is an economic migrant?

An economic migrant is different from a refugee or asylum seeker – this is someone who leaves his or her country of origin purely for financial or economic reasons. Economic migrants choose to move in order to find a better life and they do not flee because of persecution. There is no such thing as “economic asylum” – therefore, they do not fall within the criteria for refugee status and are not entitled to receive international protection.

Some economic migrants may ultimately settle in their destination country, and could then be considered an immigrant. However, many economic migrants do not lay down roots in their new country – for example, seasonal agricultural laborers may work for a few months in the U.S. in order to earn money to bring back home after their employment period.

Rights and Responsibilities for Refugees

Refugees resettled in the U.S. have certain rights and access to assistance, such as:

As soon as they arrive, refugees may legally work immediately. They also have the right to file applications to have family members still abroad to join them. After one year in the U.S., refugees are permitted to apply for green cards, also known as legal permanent residency, and bear responsibility for paying application fees.

Can refugees travel or visit their home country? 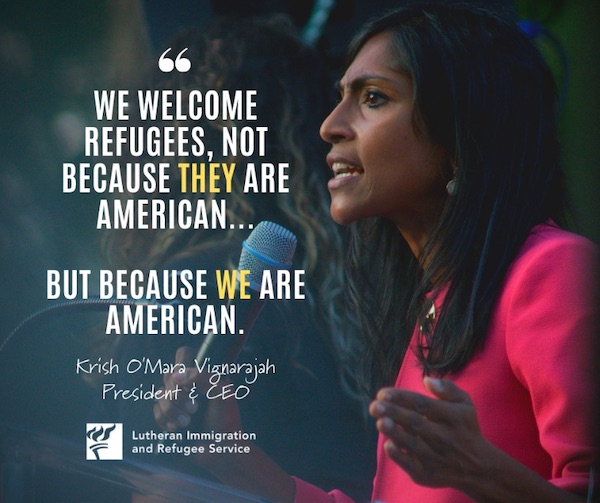 Rights and Responsibilities for Asylum Seekers

Asylum seekers and asylees do not have the same rights as refugees once in the U.S.

Asylum seekers cannot apply for permission to work in the U.S. at the same time they apply for asylum. They can, however, apply for employment authorization 365 calendar days after filing a complete asylum application – a full year without the legal right to work and provide for their loved ones.

Additionally, most asylees and asylum seekers aren’t eligible for federally funded benefits, so they do not commonly have access to programs such as food stamps and Medicaid.

Similar to refugees, asylees have the right to file applications to have family members still abroad to join them. After one year in the U.S., asylees may apply for green cards, also known as legal permanent residency, and they bear responsibility for paying application fees.

Can asylees or asylum seekers be deported?

Asylum seekers can be deported while seeking protection if they do things that disqualify themselves. A person can be disqualified for committing a crime, such as an aggravated felony. In those cases, they can be detained and the case can be expedited.

Once granted legal status, asylees generally are shielded from deportation. However, the threat of deportation is still a possibility. In August 2020, the Trump administration issued guidance to U.S. Citizenship and Immigration Services (USCIS) that would allow authorities to terminate asylum status when asylees apply to adjust status to legal permanent residency (i.e. a green card).

According to the agency’s guidance, “a grant of asylum does not convey a right to remain permanently in the United States. The law provides certain grounds for termination of asylum status, such as when the alien no longer meets the definition of a refugee. An officer adjudicating an asylee’s adjustment of status application may identify a basis for terminating asylum status.”

How can I help refugees and asylum seekers?

LIRS is always in need of people like you who are ready and willing to engage in the work of welcome. Now that you understand the difference between refugees, asylum seekers and others, you can become an advocate today and urge your elected officials to build a welcoming America that embraces and empowers those in need.

You can become a volunteer and work with our local offices to support the most vulnerable. Volunteers help furnish a newly arrived family’s first apartment, collects food and basic necessities, tutor children in English, and are often our clients’ first community ties – and eventually, friends.

LIRS also needs financial support from people like you to provide intensive support to newly arrived refugees, to reunite separated migrant families, and to empower new Americans to become successful, contributing members of their communities. Please consider a generous gift today to make a real difference in the lives of those most in need.