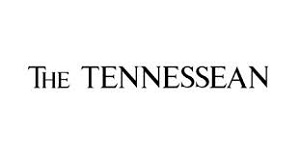 I’m pleased to see reporters exposing truths on immigration. Recently in The Tennessean, Brittney Nystrom, LIRS Director for Advocacy, was quoted in an investigative piece on U.S. Rep. Diane Black and her fight against U.S. Immigration and Customs Enforcement (ICE).

In his January 2 article, “Rep. Diane Black Leads Fight Against ICE’s Public Advocate Program,” Chas Sisk of The Tennessean examines Rep. Black’s fight with ICE over a public advocate position responsible for working with immigration groups and immigrants. Black contends that the position would be an improper use of public money. Nystrom counters this argument, saying that a community outreach position is a typical role.

Black said she took an interest in the program because it struck her as an improper use of public money.

“It’s taxpayer dollars,” she said. “The people in my district are concerned about how their dollars are being spent.”

Backers of the office, however, say it has been misunderstood.

“In a police department, you always have a community outreach function,” said Brittney Nystrom, director of advocacy for Lutheran Immigration and Refugee Service, a national organization that works with immigrant groups. “I think there’s a lot of misinformation out there about what this office does. This is not a novel idea. Police departments all over the country do this.”

We deeply appreciate The Tennessean’s efforts to shed light on the need to improve relations with immigrant communities and misinformation surrounding ICE. Please take the time to read the full article here and consider leaving a supportive comment.