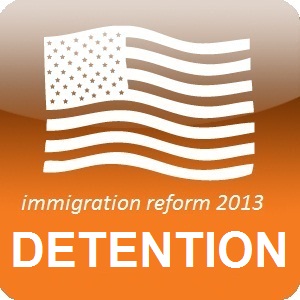 How much use does our country have for a piece of legislation that would mandate even more detention of immigrants, while expanding a program that encourages racial profiling? None, I’d argue. That’s why I’m writing today with an urgent request for your vigilance and action.

Last week, Chairman of the House Committee on the Judiciary, Subcommittee on Immigration and Border Security Rep. Trey Gowdy (R-SC) introduced the Strengthen and Fortify Enforcement Act, also known, misleadingly, as the “Safe Act.” This harmful piece of legislation, also known as HR 2278, would expand the use of immigration detention, encourage state and local law enforcement officials to participate in immigration enforcement, and decrease access to justice for some migrants.  The SAFE Act is scheduled to move forward in the House on Tuesday.

While the bipartisan, comprehensive approach the Senate is taking on immigration reform has been encouraging thus far, I am disappointed to see such an enforcement-heavy bill emerge in the House. While the Senate immigration reform bill, S. 744, expands use of humane, community-based alternatives to detention, the SAFE Act does just the opposite.  The SAFE Act mandates even greater use of detention, and allows indefinite detention of migrants without any federal oversight. It also expands the 287(g) program, a flawed enforcement approach that weakens trust of law enforcement among immigrant communities, discouraging migrants who are victims of crime to come forward for fear of being questioned about their immigration status. This in turn makes our communities less safe while encouraging racial profiling of individuals who may appear  to be immigrants.

The SAFE Act does not provide the kind of solution to our broken immigration system we need.  It violates fundamental American values of liberty and justice for all and is a setback to those who strive to welcome migrants and refugees into our families, congregations and communities. Visit the LIRS Action Center today and urge lawmakers to advance comprehensive immigration reform that prioritizes family unity, a pathway to citizenship for the undocumented, protections for vulnerable migrants such as refugees and unaccompanied children, and humane and just enforcement.

Thank you, as always, for all you’re doing to stand with immigrants and refugees, and don’t let up now, in this final stretch!