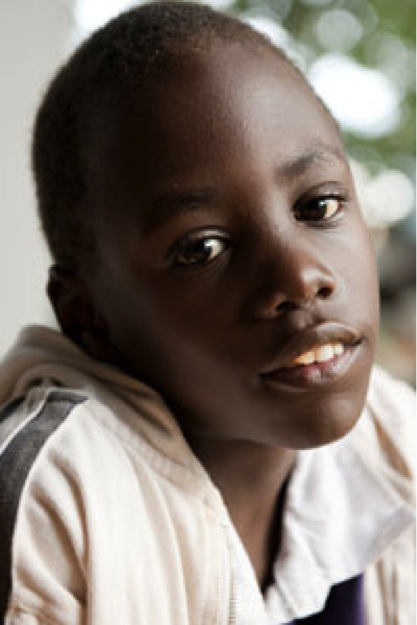 Today, I’d like to highlight Saleh’s story from our monthly newsletter, Rebuilding Hope. Saleh grew up in a refugee camp in Chad after being forced from his home in Central African Republic. Certain physical disabilities made life in the refugee camp particularly difficult for Saleh. This is his story:

All nine years of Saleh’s life have been filled with suffering. War drove his family from their home country, Central African Republic (CAR), in 2002 to a teeming refugee camp in Chad. That’s where his mother died, when Saleh was just a toddler. Later, his father abandoned him, leaving him in the care of a cousin.

Life in this refugee camp is hard for everyone, hunger and disease are commonplace. But for Saleh it will more than likely prove deadly. He has a very serious physical disability which makes it difficult for him to communicate and has left him without the ability to move his body. Saleh has never been able to attend school, and is in dire need of medical attention.

Thanks to the compassion and generosity of supporters, LIRS is now at work resettling Saleh. And Saleh will soon have a new life, complete with a safe and comfortable place to sleep, food to eat, clean water to drink, and the medical attention that could transform him.

To sign up for Rebuilding Hope and receive inspirational stories of the undaunted hope of migrants and refugees as they rebuild their lives here in the United States, click here. Plus, if you make a donation to LIRS, you can receive an expanded print version of the newsletter four times a year.