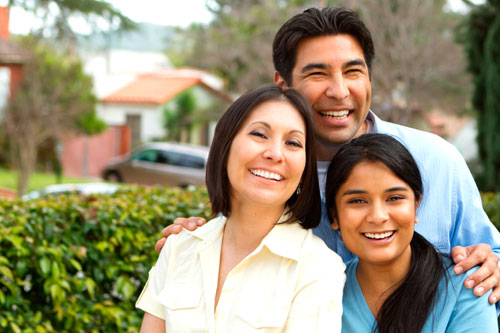 Our current immigration system arbitrarily detains migrants, including asylum seekers and survivors of torture, and denies them true access to justice. This inhumane enforcement of immigration laws separates parents from their children and traumatizes vulnerable migrants.

Fortunately, people from all corners of the country are speaking up against this unjust system. As we’ve reported, Lutheran leaders visited Capitol Hill and the White House last week as part of our Lutheran Immigration Leadership Summit. They conducted direct conversations with policy makers and signed and delivered a letter to President Obama, urging him to take administrative action.

I urge DHS [Department of Homeland Security] to adopt these changes in order to rectify the indefensible denial of due process rights to ICE  [Immigration and Customs Enforcement] detainees and to reduce the unnecessary costs of physical detention.

In a nation that values freedom, family unity and due process, and during a time when most are calling for reduced and more strategic federal spending, locking immigrants up should be the exception to the rule. While Americans still wait for Congress to enact comprehensive immigration reform, the actions urged by Senator Blumenthal are an important step to allow ICE and immigration judges to make individualized assessments to better uphold the rights of all persons and protect against arbitrary detention.

We are grateful for Sen. Blumenthal’s leadership on this issue. Last week, during our Lutheran Immigration Leadership Summit, I had a chance to meet with him, along with Connecticut resident and LIRS supporter Dr. Lyndon Haviland. I thanked the Senator for his initiative on this issue and he spoke passionately from his own experience visiting detention facilities. He was interested in doing all he could to end mandatory detention and promote alternatives to detention, like LIRS’s groundbreaking community support pilot initiatives, which provide legal relief, holistic case management, and housing support for individuals impacted by immigration detention in seven American cities.

Although you might not have signed Sen. Blumenthal’s letter or the Lutheran leaders’ letter to President Obama last week, you can write to the President through our Action Center, and join Sen. Blumenthal, Lutheran leaders, and the majority of Americans who call for family unity and treatment of migrants that respects their human dignity and allows them access to justice. Send a letter to President Obama here.