A Shotgun, and Survivors — The Real Face of Immigrant Detention 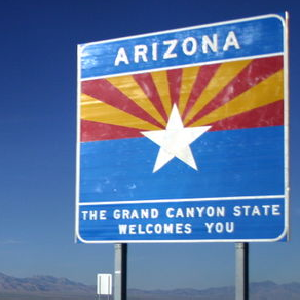 For me, few things are as striking as accounts of visiting – or even trying to visit – migrants in detention. Today, I’d like to share one such story by Nicholas Kang, Program Fellow for LIRS’s Access to Justice unit. Like his earlier post, “Behind Razor Wire, a Voice,” this one spotlights both the incredible courage of those in detention, and the importance of the work of the Unitarian Universalist Service Committee (UUSC), the  Torture Abolition and Survivor Support Coalition (TASSC), the Florence Project, and Casa Mariposa.

We set out from Tucson planning to stop in the detention center’s visitor parking lot, provide former detainees Ayana and Hanna the time they needed to find closure on a horrific chapter in their lives, take a few photos, and leave. As it turns out, we didn’t even make it to the parking lot.

Earlier that week, I had flown in to Tucson to join with the Torture Abolition & Survivor Support Coalition (TASSC), Unitarian Universalist Service Committee (UUSC), the Florence Project, Casa Mariposa, and a number of survivors of torture. One of the main reasons for my trip was to accompany Ayana and Hanna here, to Eloy Detention Center, where they had been detained upon arrival to the United States.

As we drove up, we were greeted by a young man in an unmarked white pick-up truck – on his head, a Corrections Corporation of America (CCA) hat, and in his passenger seat, a shotgun. He sternly told us we could not be there. We respected his opinion, told him we would leave, and continued driving towards the parking lot. We didn’t fool the CCA guard and he quickly brought his truck alongside our van and reiterated his prior suggestions. This time, our driver complied, and we left the premises. As we pulled away, all we could collect was a few snapshots of the detention center, its sign, and guard’s white truck. The hostility and tension of the situation provided anything but closure to Ayana and Hanna, and we returned to Tucson, hoping that one day they would be able to close that chapter of their lives.

Ayana and Hanna (names changed to protect their privacy) both fled Ethiopia after their individual and unrelated persecution, but became good friends through their similar journeys to the United States. Their journey lasted three months, crossing 12 borders by foot, train, boat, bus, and airplane. Their journey took them from Ethiopia to Sudan, Russia, Cuba, Ecuador, and eventually the United States, to the Eloy Detention Facility. Their journey had grotesque echoes of the American adventure show, The Amazing Race, but I can affirm that this experience was anything but reality television. For Ayana and Hanna, it was simply reality. Their Amazing Race saw friends drown while wading through rivers and others become ill and die from drinking contaminated water. And unlike the television show, Ayana and Hanna didn’t volunteer for this opportunity to win a million dollars; they were escaping torture and persecution in search of liberty and freedom.

But the liberty and freedom they sought in the United States was replaced by handcuffs. After requesting asylum upon arrival, Ayana and Hanna were detained in the CCA detention facility in Eloy. The two of them were detained for 18 and 60 months respectively, caged in a fortress of concrete, chain-link, and razor wire. In my discussion with Ayana and Hanna, they mentioned feeling like animals, bound by hand and ankle-cuffs and placed in freezing cold rooms with little to eat or drink. They wondered what they had done wrong to have been treated in such a way. After their release, they relocated to Washington, DC to be closer to family and friends while awaiting word on their asylum claims and sought the assistance of TASSC. Only when we drove to Eloy had they returned to Arizona, hoping to find closure on their time at the detention center.

What hit me hardest about this experience was that Ayana and Hanna were not looking for closure on their experiences in Ethiopia or any of the other 11 countries they had traveled through; they were seeking closure on the horrific experience they had in our country. Walking through this experience with Ayana and Hanna put a human face to the injustices migrants are facing every day in the United States. How can we rest knowing that we are greeting innocent individuals – our global brothers, sisters, and neighbors who are seeking our assistance and political asylum – with detention and criminal-like treatment? It is one thing to ask for help and not receive any; it is another thing to ask for help and be handcuffed and detained for doing so.

I thank the UUSC, TASSC, the Florence Project, and Casa Mariposa for organizing an incredible weekend of conversation and visitation, and for all the work they do on a daily basis. Their energy, inspiration, and commitment to their work are making a huge difference in immigration detention, and I  look forward to working with them in the near future.